It is signed and sealed by renowned US-based Top Rank Promotions but can Richard Commey land another world title shot by beating Jose Ramirez on March 25?

Commey has a lot to do to achieve that. The Ghanaian must be in his element to snatch the opportunity away from Ramirez if he wants to snatch the WBC super lightweight championship slot from the American.

That comes with a lot of hard work. Commey has been a determined and hardworking fighter since his early days at the Bronx Boxing Gym in Accra under the tutelage of trainer Lawrence Carl Lokko.

It was with this determination that after losing two chances to become a champion in 2016, Commey forced a comeback three years later against Russia’s Isa Chaniev to become Ghana’s ninth world titlist in history.

Commey’s reign as champion did not last after losing the IBF lightweight belt to Teofimo Lopez that same year. The Ghanaian hasn’t been able to get a shot at a world title since then.

In three bouts, Commey is yet to get another chance at becoming a world champion again and March 25 bout against Ramirez means a lot to the Ghanaian.

If he wins, he would not only make a name for himself but give Ghana another hope of extending her world title feats.

“I want to thank my team for putting me on the path to fulfilling my dream of becoming a two-weight world champion.

“I also want to thank Bob Arum and Top Rank for once again showing faith in me by allowing me to headline against a formidable opponent in Jose Ramirez. I’m up for the challenge and I intend to make Ghana and all my fans around the world proud,” Commey told BoxingScene.com. 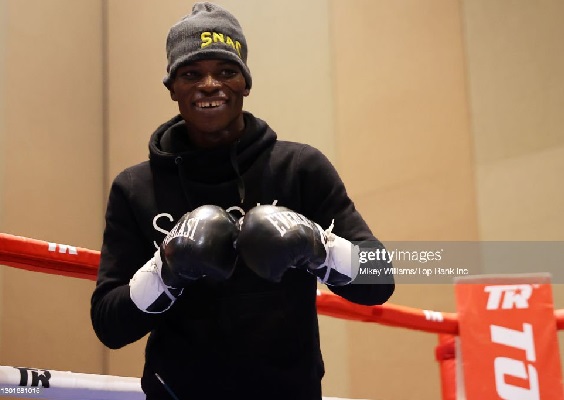 At age 35, Commey is not growing any younger and is getting closer to the end of his successful career. He knows this is the time for him to get the best out of his career before proceeding to retirement.

The fight against Ramirez represents his second bout at 140 pounds and Commey could take lessons from his debut against Jose Pedraza five months ago.

It was a good practice for Commey whose performance against Pedraza, a former two-division world champion, shocked many at ringside despite the bout ending in a split draw.

Many had predicted an easy win for the sleek Pedraza but Commey gave a good account of himself in what has earned him a shot at the WBC super lightweight championship eliminator against Ramirez.

The odds do not favour him going into the Ramirez fight but he has his destiny in his hands. He can turn things around and shock the boxing world. After all, that’s what the sport is about.

Ramirez’s pedigree in the super lightweight division makes him the favourite in this contest having held the WBC and WBO titles for over a year before losing them to Josh Taylor in an undisputed championship in May 2021.

But Commey knows what the future holds for him if he can pull a surprise against Ramirez with an emphatic victory in California. It could offer him a big payday against WBC super lightweight champion Regis Prograis in his next fight. 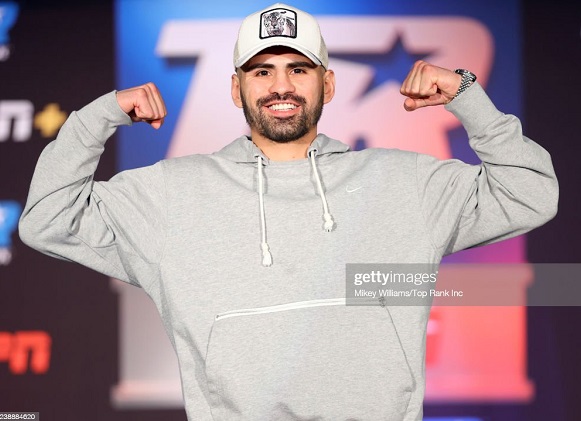 End of the road

This could be Commey’s final bout with Top Rank Promotions if he fails to give a good account of himself against Ramirez with reports rife that his fight contract with Top Rank ended after the last outing against Jose Pedraza.

It could be detrimental to lose miserably against Ramirez because that would sound the final bell to his bright career.

The only thing to offer him some more bouts before calling it quits is to win against Ramirez or lose honourably.

Commey has what it takes to stand up to that because he has been there before and managed to turn things around in his favour.

Even if he fails to impress on March 25, Commey can always beat his chest and say that he achieved his fervent dream of having his name written in Ghana’s boxing history. That is enough to attain him the legendary status he deserves.