Preko ready to work with any club 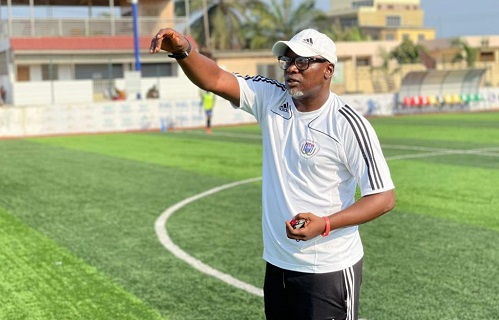 A Former Medeama SC coach, Yaw Preko, says he is open to work with any club that will approach him after ending his contract with the Tarkwa-based side last season.

Last season, Preko handled Great Olympics as a caretaker coach when the club's head coach, Annor Walker, was hospitalised but was drafted as a stop-gap coach for Medeama following the exit of their head coach, Samuel Boadu, to Hearts of Oak. Following the expiry of his contract, Preko says he is a free agent now and is willing to work with any club that tables a good offer.

The 47-year-old coach admitted that things did not go as planned during his stint with Medeama but said it was a good experience.
“The future is always unknown but at the moment I am floating and I am open to any club that will bring me an offer.

“It was a difficult season for everybody and for about two and half years we’ve not played the league so it was tough on the players as well,” he told the Daily Graphic.

Reflecting on his contribution to Medeama , Coach Preko admitted the team could have done better than their fifth position on the Premier League log but stated that it was generally a difficult season for all the clubs.

He explained that because Ghana had been starved of football for a long time, the fans were impatient for football, and that the heightened expectation weighed heavily on the players.

Coach Preko described his stint with Medeama as a good experience but was not disappointed by the management’s decision to dispense with his services because they had chosen to go in a different direction.

“Everybody was impatient because we were enjoying the league but the toll was too much for the players but it was a good experience. If you want to improve you could have done better but it’s part of the job,” he said.