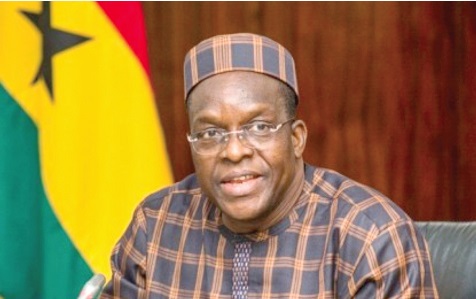 The Speaker of Parliament, Alban Sumana Kingsford Bagbin, has called for a strong partnership between the media and the legislature to strengthen the country’s democracy and help meet the aspirations of Ghanaians.

“The current architecture of parliament’s membership is novel, and I believe of extreme interest to you. It is such that it can elevate our democratic practices and procedures to an entirely new level, or act as a block to our forward march. It calls for new approaches, attitudes and culture, which some are failing to see,” he stated.

Mr Bagbin made the call when he held a media dialogue with selected journalists in Accra last Tuesday.

“In the current times that we find ourselves, I believe the media and the legislature remain sources of hope and optimism for many Ghanaians. The media have played a key role in Ghana’s political and economic evolution since independence. Your contribution to Ghana’s socio-economic development is immense,” he stressed.

Mr Bagbin said the eighth Parliament was determined to make the most impact yet on the lives of the citizenry, despite the daunting challenges that a hung parliament came with.

He explained that a viable democracy depended on a strong parliament, strong constitutional bodies, collaboration and consensus-building, and a deliberate effort to carry the citizens along the journey of the work of parliament.

He gave an assurance that Parliament, in the current arrangement, would not shirk its responsibility to exercise its oversight role over the executive.

“We are an important cog in the wheel of checks and balances when it comes to Ghana’s governance structure and we are determined not to shirk that responsibility. My focus this year is to ensure that institutions of state, including parliament and the executive, are held accountable for their acts of commission and omission, particularly those that have implications for the national purse,” he stated.

Mr Bagbin said one state institution that represented the hopes and aspirations of Ghanaians when it came to democracy was Parliament.

“There is in Ghana today a general disappointment in politics and in the political elite. Despite the level of despondency when it comes to politics, it seems the citizens still retain some hope in the ability of the legislature to rescue the situation.”

“We have not done too well, with all the scuffles in parliament and with some of the agreements we arrive at, but still, there is some hope in us among the electorate,” he said.

That, Mr Bagbin said, made it imperative for the media and the legislature to improve citizens’ participation in the work of the House.

“It will require a strong partnership with the media and civil society groups, and also through direct engagement with the citizenry. We believe we are up to that task.