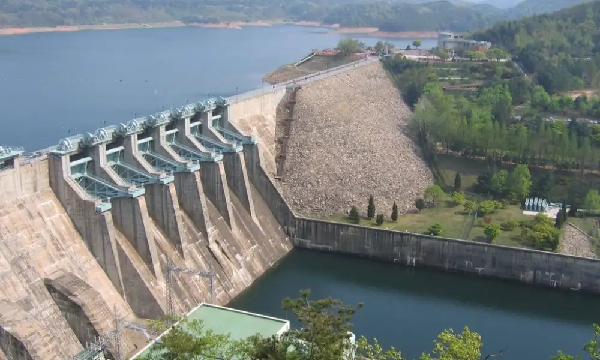 The Parliamentary Committee on Food, Agriculture and Cocoa Affairs has said it will work to facilitate the timely release of funds to ensure that the irrigation component of the Pwalugu Multipurpose Dam project is on course and completed for the benefit of all Ghanaians.

The Chairman of the committee and Member of Parliament (MP) for Abirem in the Eastern Region, Mr John Osei Frimpong, gave the assurance in an interview with the Daily Graphic at Nalerigu, the capital of the North East Region.

The visit to Nalerigu formed part of the committee’s three-day visit to the Irrigation project site to interact with the relevant stakeholders.

It was also to help the committee members to gain a better insight into the irrigation component of the project, look at the progress of work done as well as appreciate any challenges it might be facing.

The irrigation scheme has a 48-month construction period and so far, the activities being carried out include supplementary design survey, cadastral survey, soil analysis, construction of contractor's camp and auxiliary facilities, mobilisation of personnel and equipment.

The next phase of the project, according to the contractor, Power China International Group Limited, was the actual commencement of construction but delays in the release of funds was affecting the smooth implementation of the project.

The issue of funding gaps was one of the major concerns raised by the contractor during the three-day visit by stakeholders which began last Monday and ended yesterday .

At the meeting with the committee at Nalerigu, the Commercial Manager for Power China, Mr Chen Junming, in a presentation said the irrigation component of the project was faced with a funding gap that needed to be addressed for it to continue as scheduled.

According to Mr Junming, for this year, the project was supposed to receive $27 million but had so far been given about $12million, adding that the huge funding gap would inevitably affect the project and extend the construction period.

He noted that the project was so dear to the heart of the people in the north and the country as a whole and it would go a long way to help the country deal with food security issues and, therefore, all efforts must made to address the funding gap for the implementation of the project.

The Deputy Ranking Member of the committee and the MP for Wa East in the Upper West Region, Dr Godfred Seidu Jasaw, also expressed concern about the huge funding gap and called on the government to fast-track the release of the funds for the project to go on as scheduled.

"I urge the government to walk the talk and release the funding and let this project be completed.

"This project is so critical because it brings at least three major benefits and that is: there will be a power generation component, an irrigation component and a component that will control flooding," he stressed.

The Chief Executive Officer (CEO) of the Ghana Irrigation Development Authority (GIDA), Mr Wilson K. Darkwah, whose outfit is representing the Ministry of Food and Agriculture (MOFA) in the implementation of the irrigation scheme, expressed optimism that the government would find the funds for the project to go on, saying he was optimistic about the success of the project.

He added that GIDA had done extensive sensitisation and the chiefs and people were cooperating to ensure the success of the project.

Mr Darkwah stated further that the project was on course and nothing had delayed except that there was a need for the timely release of funds.