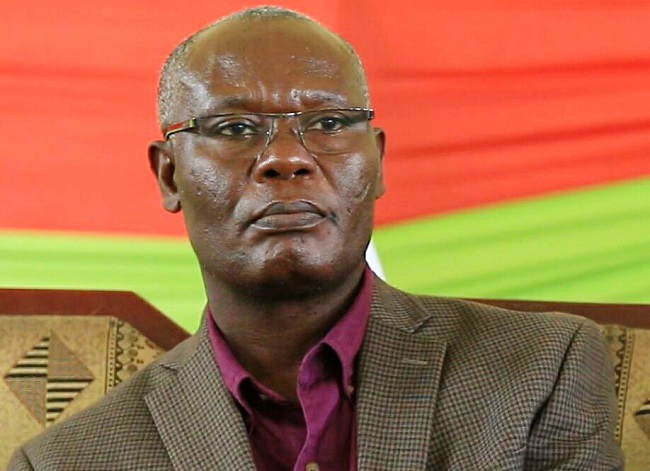 A deputy Chairperson of the National Commission for Civic Education (NCCE) in charge of Operations, Mr Samuel Asare Akuamoah, has advised Ghanaians to support the security agencies to deal with security issues.

He said Ghanaians should not wait for the country to be attacked or for crimes to take place before informing the security agencies with credible information on the perpetrators of such crimes.

Mr Akuamoah gave the advice when he addressed participants in an NCCE Youth activist workshop on secessionism and violent extremism at Somanya last Wednesday.

The programme, which was on the theme “Empowering Ghanaians to stand for National Cohesion and Inclusive Participation, was attended by various youth groups, assembly members, leadership of religious institutions and other interested groups as part of an NCCE engagement on national cohesion and inclusive participation in governance.

Mr Akuamoah stressed the need for the youth to refuse to be radicalised by extremists.

‘’What we need to do as a country is to assist and encourage the government to fix the problems of the country so as to reduce secessionism,” Mr Akuamoah stated.

He urged Ghanaians to be vigilant and report any suspicious character they identified in the communities to the law enforcement agencies.

The Eastern Regional Security Coordinator, Col Michael Boampong (retd), cautioned Ghanaians not to be complacent because of the current peace in the country.

He said the sensitisation by the NCCE was to prepare Ghanaians against unforeseen circumstances in future.

The Crime Officer of the Somanya Police Command, Assistant Superintendent of Police (ASP) Ms Sylvia Esinam Aforkpa, took participants through the Public Order Act 191, Vigilantism Act 999 and Alternative Dispute Resolution (ADR) and stressed the need for the public to report people who committed crime to the police for the law to take its course.