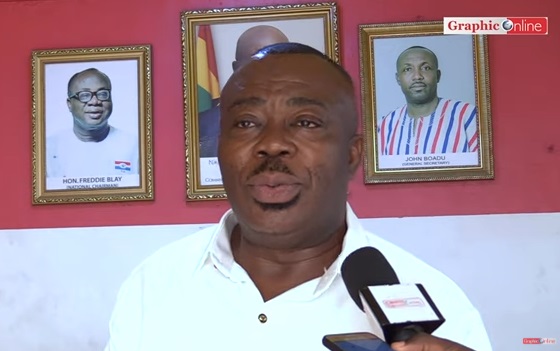 The Director-General of the State Interest and Governance Authority, SIGA, Mr. Stephen Asamoah Boateng, has bemoaned the polarized political environment in Ghana that engenders the appointment of friends and associates of ruling authorities to manage state institutions.

He says the unhelpful practice is denying the country of harnessing the full potential of its citizens for national development, and needs a rethinking.

In a goodwill message to the Institute of Directors-Ghana (IoD-Gh), during a virtual induction ceremony on Thursday, August 26, of 36 new members including four Fellows, Asamoah Boateng said the situation has ensured that Ghana operates at half capacity. He likened it to an aeroplane with dual turbo engines, but which when it takes off, needlessly shuts off one engine and travels with the other for the duration of the journey.

“In my experience in Ghana, and in the 4th Republican Constitution it’s become like a political appointment weapon or to serve your party people alone, and so if you don’t have people who are closer to you, you never hear them pitch, you never hear their capacity to serve. But as a country we need to open up, we need to get everyone involved so they feel part of the country. That’s how we build a nation”, he said.

“I liken the Ghanaian environment, especially the polarized Ghanaian political environment to a situation of an airplane that takes off from an airport with two turbo engines. And (when) it starts climbing up then one engine is shut off and then the plane has to go on just one engine alone, (but) what’s the other engine shutting down for? So we are not using our full potential capacity, that’s what it is. An NPP (New Patriotic Party) government comes in, they shut NDC (National Democratic Congress) down, an NDC comes in they shut NPP down, so as a nation we are just working with that one engine rather than both, and so if we are opening up and have a transparent process and of course, working within the constitutional constraints for now, I think it will be better than just the close friends and families and people we know from our alma mater who serve in the capacity as SOE board of directors or CEOs. That is a step forward…”

Read also: Board appointments not for family and friends, footsoldiers – IoD-Gh President

Asamoah Boateng commended IoD-Gh in its efforts at ensuring that CEOs and Boards operate efficiently, and registered the resolve of SIGA to collaborate to train directors of boards who are now being inaugurated, and to realise a core mandate of the State Interest and Governance Authority in advising the appointing authority in its appointment, dismissal, constitution of boards or their dissolution.

He indicated that a draft code has already been “looked at” by the previous board of SIGA and expressed the hope that the new board to be appointed would approve an engagement with the IoD-Gh and other stakeholders to examine the code, procure their buy-in and agree on rollout.

“So we will get back to you on that front. But it’s interesting that today’s headline news in the Daily Graphic captured exactly the thinking of what the State Interest and Governance Authority wants to get to. In our Act, Act 990, there is a provision that enjoins us to advice the appointing authority in appointing or dismissal of CEOs as well as dissolution of boards and reconstitution of boards. And bearing in mind that particular function, we have begun to engage a small number of stakeholders to get a draft policy out, then we will engage other institutional reps and to have a stakeholder engagement. That is to do with the appointment of CEOs and Board of Directors. We all know we are constrained by the Constitution in the way that the President has the prerogative to appoint", he said.

“We will be working with you and get some way of working with other structures and in house expertise we’ve got as soon as they are grounded quickly. We notice that the year is almost ending and we are now having the board of directors coming in, so that means that we need to run as fast as we can to catch up. We notice some CEOs have been there and may have even done things that legally they were not supposed to, but they had to because the boards were not there... And so there is a lot of work that needs to be done, and the training for the new boards so they can be grounded quickly.”