Board appointments not for family and friends, footsoldiers – IoD-Gh President 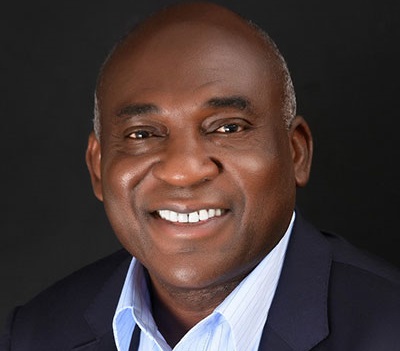 President of the Institute of Directors-Ghana (IoD-Gh), Mr. Rockson K. Dogbegah has described as unacceptable, a recent revelation by Finance Minister Ken Ofori Atta, that as many as 47 State Owned Enterprises, (SOEs) have defaulted in submitting their annual financial statements since 2016.

Mr. Dogbegah who was speaking during the virtual induction of four Fellows and 32 Members into the IoD-Gh on Thursday, August 26, blamed the appointment of persons whom he said lack the appropriate training to function effectively in boardrooms onto the board of some of these SOEs, saying that the failure to submit audited financial statements is a blatant contravention of the law and does not speak well of the defaulting SOEs.

“There is the need therefore to appoint qualified, knowledgeable and results-oriented people in the boardroom of these SOEs to provide the appropriate oversight and leadership. For organisations to achieve their objectives, in both the public and private sectors, board positions cannot be for family and friends, neither should it be a compensation for footsoldiers”, he said.

According to Mr. Dogbegah, the key consideration for appointment to board positions is competency and industry experience, among others, and commended government highly for establishing the State Interest and Governance Authority (SIGA) to oversee the activities of SOEs.

“I wish to seize this opportunity to commend Mr. (Stephen) Asamoah Boateng, the Director General of SIGA for his initiatives; he has started developing frameworks for the transparent process to appoint CEOs and boards, which will require publication of such positions for public participation which appeared in the Daily Graphic today. This is a step in the right direction and highly commendable.”

He said in the light of recent appointments to governing bodies of some SOEs and public sector boards, the Institute of Directors-Ghana, has been engaging the office of the President to appoint trained professionals and is receiving attention.

“The challenge to the process however is that most of the public sector organisations have to make their board nominations from some specific institutions, which list does not include the Institute of Directors-Ghana, at the moment. This aspect may require some parliamentary amendment moving forward.”

In solidarity messages, the Director-General of the Securities Exchange Commission, Rev. Daniel Ogbarmey Tetteh, underscored the necessity and relevance of the IoD-Gh, saying SEC as a strategic partner, is committed to ensuring compliance among its market operators.

He pointed out that poor composition of boards, ineffective and non-functioning boards and in some instances, the flagrant violation of fiduciary obligations were some of the lapses in corporate governance that the recent financial sector clean-up exercise exposed, and that the SEC is poised to ensure that the practice of corporate governance within the securities industry is turbocharged so as to consolidate the gains of the clean-up exercise, and leverage the potential of the capital market to finance accelerated growth and development.

The Director-General of SIGA, Stephen Asamoah Boateng, said there is need for a common code of national corporate governance to replace the individual, industry specific codes.

He said initiatives were underway to review the processes leading to the appointment of individuals unto public sector boards to give the country a greater chance to benefit from the skills of its best professionals, instead of the current situation where partisan politics dictates who gets what appointment.

Dr. Mike Eric Juru, President of Institute of Directors-Zimbabwe, who together with Mr. Dogbegah signed an MOU on behalf of their respective institutions to collaborate in deepening corporate governance best practices between the two countries and the wider African corporate governance network, commended the inductees for their determination to complete their training.

He also reminded them to remain true to their professional calling at all times, bearing in mind their oaths to serve with diligence and making maximum use of their talents to promote the good name of IoD-Gh, mother Ghana, Africa, and the world at large.