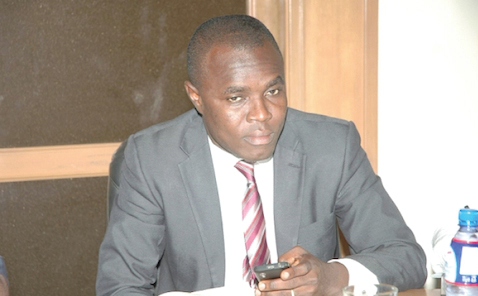 The Progressive People’s Party (PPP) has urged Parliament to reject the imposition of the electronic transaction levy (E-Levy) in the 2022 Budget Statement and Economic Policy of the government.

“The PPP believes that the role of Parliament or Members of Parliament (MPs), irrespective of their political party, represents the interest and aspirations of the good people of Ghana. It is evidently clear that the people of Ghana are UNITED, speaking against this monstrous tax handler called the E-Levy,” it stated.

In a statement signed by its Policy Advisory, Mr Kofi Asamoah-Siaw, it said the party was opposed to the E-Levy proposal because the government had failed to demonstrate clear accountability in the management of public funds.

It cited, for instance, that the 2020 Auditor-General’s Report indicated that Ghana lost more than GH¢12billion to corruption in a single year.

“Interestingly, the expected or projected revenue from the E-Levy in the 2022 Budget statement is only a little over GH¢6 billion,” it said.

The statement said the Minister of Finance had also failed to account for the portion of the petroleum revenue going into the Annual Budget Funding Account (ABFA).

On the YouStart entrepreneurial programme, it said, there were a number of contractors and businesses that the government had failed to pay after executing government projects which could have created more jobs for Ghanaians.

It quoted the Ghana Chamber of Contractors as stating that an amount of GH¢10 billion was owed its members since 2017.

It suggested that instead of the government projecting YouStart, it should prioritise the payment of, and “indeed pay the deliberately delayed government indebtedness to those Ghanaian entrepreneurs and then they can proceed to introduce their plan of creating more entrepreneurs.”

It, therefore, urged the MPs to remain resolute in the defence of the people of Ghana by rejecting the E-Levy proposal.

It said the E-Levy if accepted in any shade or form, would disrupt economic activities and growth and worsen the living conditions of the citizenry.