Parliament to adjourn on December 21 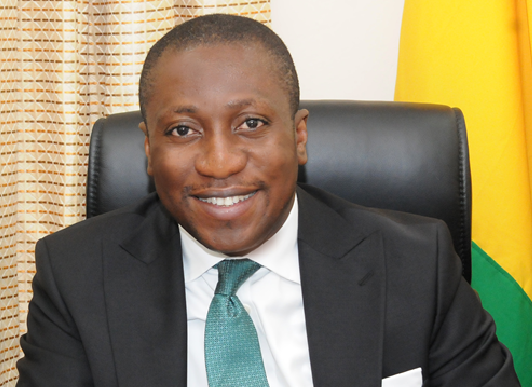 The House was originally scheduled to adjourn sine die on Friday, December 17, 2021 but the adjournment had to be extended due to the “exigencies of the times and the tall order of business consideration by the House.”

“The Business Committee entreats all members to continue to devote themselves to the scheduled outstanding business to ensure timely passage of the Appropriation Bill prior to a possible adjournment of the House by December 21,” Mr Afenyo-Markin told the House.

Mr Afenyo-Markin, who is the New Patriotic Party (NPP) Member of Parliament for Effutu, and Vice Chairman of the Business Committee of Parliament, disclosed this when he presented the business statement on the floor of Parliament last Friday.

The third meeting of the first session of the Eighth Parliament commenced on October 26, 2021. The House has so far spent eight weeks transacting business.

Per the statement submitted, a number of committees of Parliament had met to consider the estimates of the respective ministries, departments and agencies (MDAs) and independent constitutional bodies under their mandate.

“The Business Committee, therefore, entreats committees which may have completed work on the consideration of the estimates to liaise with the Table Office for the related reports to be scheduled for presentation at the plenary,” the statement said.

Reacting to the statement, a member of the Business Committee, Mr Mohammed-Mubarak Muntaka, urged the House to keep its original timetable of rising on December 17, this year.

“If we get to December 17 and we are having challenges, it will be clear to all of us that we cannot rise on December 17, but the moment we make room, obviously the tendency to relax and hope that you still have some days is still very high. I want to plead we amend the December 21 and let us keep working hard to see how much we can do within the time left,” he suggested.

The National Democratic Congress (NDC) MP for Asawase also urged the leadership of both sides of the House to get the chairpersons of the various committees of Parliament to expedite action on the estimates for MDAs.

The NDC MP for South Dayi, Mr Rockson-Nelson Dafeamekpor, said even though the committees were billed to meet and consider the estimates for the various MDAs, they (committees) had still not received the estimates from the MDAs as required.

Responding, a Deputy Minister of Finance, Mrs Abena Osei-Asare, informed the House that out of the 43 estimates the committees were to receive, 39 estimates had been submitted, with that of the Judicial Service, to which the Legal Aid Commission belonged, being outstanding.