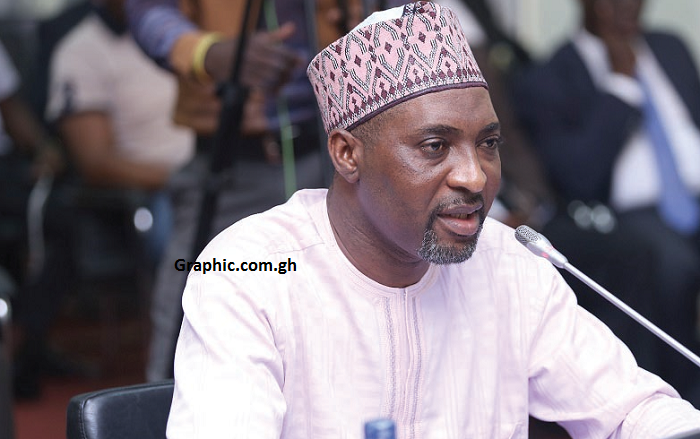 Five Minority Members of Parliament (MPs) have filed a private members motion to review thoroughly the processes and procedures adopted by the Electoral Commission (EC) in the 2020 Presidential and Parliamentary elections.

The motion was advertised in the Order Paper for last Tuesday’s business of the House but it was not moved.

The motion is praying the House to constitute a bi-partisan parliamentary committee to be chaired by a member of the Minority to probe the 2020 general election.

The nine-point motion is also to investigate the circumstances that led to the use of a form other than the statutorily provided Statement of Polls Form (Form A and B) in the Schedule to the Public Elections Regulations, 2020 (C.I. 127) by the EC in the 2020 presidential and parliamentary elections.

It is also to ascertain the quantity of ballot papers printed and the discovery of excess ballot papers at Linolink Printing Limited and inquire into the allegations that the EC introduced ballot papers that were pre-thumb-printed and bore the stamps of the commission into the system, specifically in the Ashanti Region.

It is further to inquire into collation of the election results by officers of the EC and the multiple declarations in various constituencies.

It is also to establish the causes of the disturbances and electoral violence during the counting and collation at Ablekuma Central, Banda, Kasoa, Odododiodioo, Sefwi-Wiawso, Techiman South and in any other place the disturbances occurred.

The bi-partisan committee, if approved, is also to verify the claims by the EC that it saved the nation about US$90million and that the 2020 elections were the least costly of all previous elections held in the country since 1992.

It is the case of sponsors of the motion that there is the need to investigate the alleged procurement breaches in the Thales contract for the Biometric Verification Devices and make consequential recommendations for the consideration of the House within two months.

It is unclear when the motion will be moved in Parliament.

In 2021, the opposition NDC petitioned the Inspector General of Police (IGP) to probe alleged illegal printing of excess presidential ballot papers in the 2020 general election.

The petition, signed by the General Secretary of the NDC, Johnson Asiedu Nketiah, said persons found culpable after the probe should also be prosecuted.

The party’s 2020 presidential candidate, John Dramani Mahama, also went to the Supreme Court over the outcome of the elections citing several infractions, but was unsuccessful in the Election Petition.