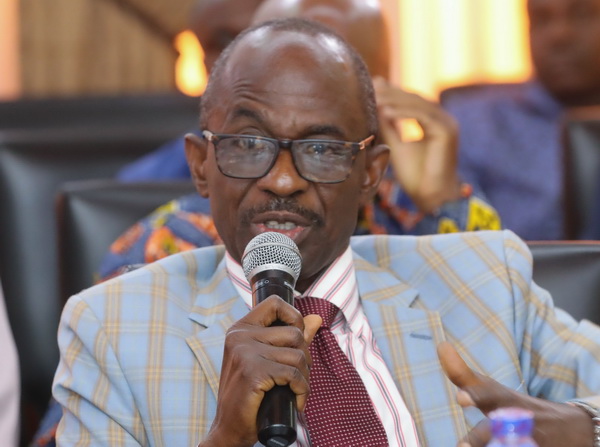 National chairman aspirant of the opposition National Democratic Congress (NDC), Johnson Asiedu Nketia, as part of his campaign to unseat Samuel Ofosu Ampofo says Mr Ampofo as chairman was responsible for collating election results for the 2020 presidential election petition but failed the party.

In a leaked audio from an event believed to be a meeting with NDC party members, Asiedu Nketia said Mr. Tsikata’s initial hesitance was due to the fact that the collated results supervised by the party’s National Chairman Ofosu Ampofo was poorly done.

He alleged that Mr Ofosu Ampofo had claimed that the computers with which they were initially collating the results crashed and therefore resorted to manual collation.

Even with that, what was presented to Mr Tsikata and he [Asiedu Nketia] to go to court to present as evidence was hollow, hence the reason he told the Supreme Court that they did not have any results to present to the court and wanted the Electoral Commission to rather present its results in court.

He said Mr Tsikata rejected the first set of documentation which the party was seeking to rely on to challenge the Electoral Commission’s declaration in Court.

“The collated results which were given to me was nothing to write home about.

If I had presented it, any court, I would have been embarrassed”.

He continued, “So we consulted Tsatsu Tsikata on the matter. The following day, he returned our documents; stating that if this is what we have, then we have no case and that he cannot represent the party, so we should look for another lawyer”, Asiedu Nketia revealed.