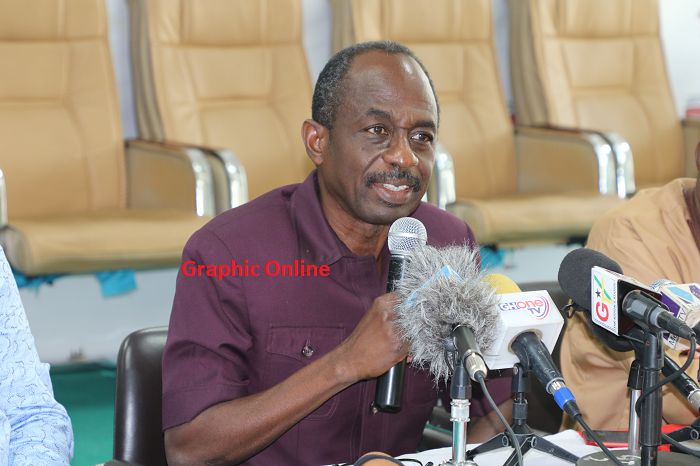 It was irresponsible for the National Democratic Congress and its presidential candidate in the 2020 election, John Dramani Mahama to have gone to the Supreme Court to challenge the election results knowing that they had no evidence, the Liberal Party of Ghana (LPG) has said.

Reacting to an audio in circulation [attached below], in which Johnson Asiedu Nketia, aspiring to be national chairman of the NDC has revealed that, the party’s lead counsel, Tsatsu Tsikata even didn’t want to take up the case when he was first approached, the General Secretary of the LPG, Jerry Owusu Appauh said the NDC and its leadership ought to apologise for that action.

Attached below is a copy of a statement from the LPG

It could be recalled that the Liberal Party of Ghana (LPG) maintained that the then candidate Nana Addo Dankwa Akufo-Addo indeed won the 2020 Presidential Election whereas the National Democratic Congress (NDC) lacked evidence to back their claim that the election was rigged.

The obvious was demonstrated when the star witness in the 2020 Election Petition for the petitioners in the person of Johnson Asiedu Nketia failed to give proper and convincing evidence to support their petition in terms of the NDC’s collated election figures.

Our noble and delicate Electoral Commission of Ghana and especially its leadership was bastardised with all sorts of unsubstantiated allegations by the NDC party just to tarnish the hard-won reputation of the EC and denigrate the persona of Madam Jean Adukwei Mensah the chairperson of the commission.

Again, the General Secretary of the NDC at every opportunity has attempted to undermine the essence of Ghana’s multiparty democracy by tagging the other political parties especially the Liberal Party of Ghana (LPG) as inferior.

Johnson Asiedu Nketia has been identified as the speaker in an audio circulating on various media platforms confirming that the NDC party could not collate the results of the 2020 elections and went to the Supreme Court without substantive evidence.

Though the confession has come quite late, it is an attestation of the malice the NDC party has against the revered democratic institutions of state such as, the Electoral Commission and the Supreme Court of Ghana.

The Liberal Party of Ghana (LPG) considers this irresponsible act by John Dramani Mahama, Johnson Asiedu Nketia and the NDC not only a threat to our fragile democracy but a financial loss to the state.

As such, they should render an unqualified apology to the Electoral Commission, Supreme Court and the people of Ghana especially the vulnerable NDC supporters who were misled by John Mahama and Asiedu Nketia to risk their lives in violent protest with some sustaining injuries and others losing their lives.

They should further render an apology to the good people of Ghana for causing financial loss to the state, with the live telecast by Ghana Broadcasting Corporation (GBC).

We further call on all well-meaning Ghanaians to be very circumspective and exercise constraints when dealing with the NDC and their deceptive leaders.

Ghanaians should continue to have trust in our state institutions and safeguard them from any ill attacks.

LPG will continue to champion the interest of the people of Ghana. God bless our homeland Ghana. Jerry Owusu Appauh General Secretary, Liberal Party of Ghana.

Listen to the attached audio below