The founder and leader of the Ghana Freedom Party (GFP), Madam Akua Donkor has chosen 32-year-old farmer, Mrs Patricia Asante as her running mate for the 2016 general elections.

Speaking to Graphic Online on Monday, Madam Donkor said Mrs Asante was selected because she has what it takes to do a good job as well as act in her stead if she is indisposed.

unlike the presidential candidate, Mrs Asante is a Junior High School (JHS) graduate and according to Madam Donkor, unlettered people will dominate and play an active role in her government in order to prove to Ghanaians that they are as capable as the formally educated ones.

She stressed that formally educated people have governed the country for a long time and it was time people without formal education were given the opportunity to also run the country.

According to her, it will give Ghanaians a basis to draw parallels between being governed by formally educated people and unlettered people. 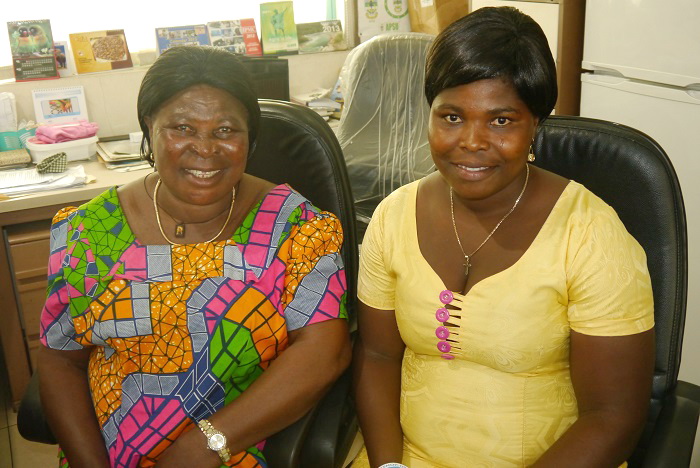 Reacting to concerns about her person being ridiculed and tagged a "concert woman", the 64-year-old farmer said she was unperturbed adding that her detractors were marvelled by her outstanding achievement of being the first uneducated woman to launch and operate a political party in the country.

I am not doing concert and if they say it is concert that I am doing they should wait and see what God will do.... That is why I always speak the truth because God says we should love our neighbours as ourselves.

The GFP running mate Mrs Asante urged Ghanaians to support Madam Akua Donkor's bid for the presidency because of her achievements in agriculture despite being uneducated, adding that Madam Donkor has proven to be a great visionary whose foresight is at par with educated people.

I think all women should commend her especially farmers who are mostly unlettered. She has given hope to those who have not been to school and now they can aspire to greater heights even without education.