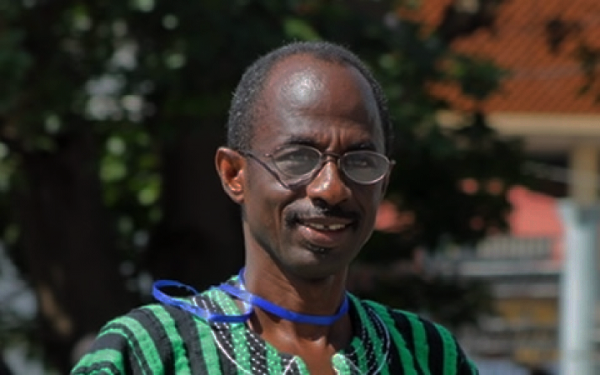 Media reports indicate that the Toyota Land Cruiser he was travelling on smashed into a Matiz taxi in Nante-Zongo, a town near Kintampo in the Brong Ahafo Region.

The Daewoo Matiz taxi with registration number BA 2507-14 was reportedly mangled beyond repair.

Mr Nketiah escaped injuries but the driver was rushed to the Kintampo Government Hospital for medical care.

He was rushed from the accident scene by the Kintampo North Constituency executive to an unknown destination.

Other unconfirmed reports indicate that he was on his way to Kumasi, with other officials of the NDC, for official party duties when the accident occurred.

The Municipal Chief Executive for Kintampo North, Mr Justice Michael Baffuor, reportedly confirmed the incident, saying: “The General Secretary told me that the taxi driver crossed him while he was heading to Kumasi, but nothing happened to him. So I have provided them with another car and they have set off to Kumasi.”

Road accidents involving politicians are not rare in election years.

In August 2008, the convoy of the New Patriotic Party (NPP) running mate, Dr Mahamudu Bawumia, was involved in an accident in which two people were slightly injured while heading to Gwolu, the hometown of the late president of the Third Republic, Dr Hilla Limann.

In August this year, Vice-President Paa Kwesi Amissah Arthur's convoy was involved in an accident in the Central Region.  The Vice-President himself escaped unhurt.

Some journalists, Nutor Bibini Nutor of GTV and Bernard Allotey of Radio Gold, together with some security personnel in the vice president's detail, were said to have sustained some injuries.

In March this year, the NDC’s  parliamentary candidate for Shai Osudoku, Mr William Ocloo, died in a tragic accident at Juaso in the Ashanti Region shortly after he was elected.