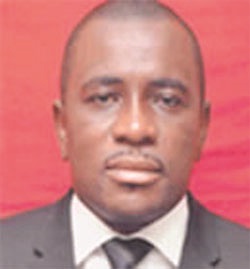 The Member of Parliament for Akim Swedru, Mr Kennedy Osei Nyarko, has assured his constituents that he will not discriminate against anyone of them in any way as he seeks their welfare and the development of the consistency.

He stated that parochial interest and partisanship would not be entertained during his tenure, stressing that equity and fair distribution of resources would characterise the four-year mandate entrusted to him.

Mr Nyarko told members of the constituency who were not members of the New Patriotic Party not to feel uncomfortable in approaching him for any advice as he was committed to opening his door to all and sundry.

Mr  Nyarko gave this assurance when he undertook a three-week tour of his constituency to learn at first-hand what the immediate needs of his constituents were in order to put in measures to solve them.

He observed that the core problems facing the people of Akim Swedru included lack of roads, electricity, water, sanitation and accommodation for teachers.


On road infrastructure, the MP said he had hired a grader to begin reshaping all trunk roads in the constituency to make them motorable.

Mr Nyarko added that accessibility was paramount to the farming needs of the people, adding that since people in the constituency were predominantly farmers, it behoved him to assist them to get good roads to transport their produce.

The MP is currently constructing six- unit flats as teachers’ quarters to attract and motivate teachers.

Mr Nyarko explained  that he had taken this particular action as a measure to curtail the high attrition rate of teachers within the Akim Swedru community.

The MP, among other things, has donated 80 packets of roofing sheets and 500 bags of cement to about 10 communities as part of his desire to help communities in the constituency under his initiative, dubbed ‘Self-Help Improvement Projects (SHIP)" to build markets for his constituents.

The MP noted that the projects would continue earnestly till every community within the constituency would have a market befitting it.

As a measure to curtail the water problem in the area, the MP is presently constructing six boreholes in some communities from his share of the Common Fund.