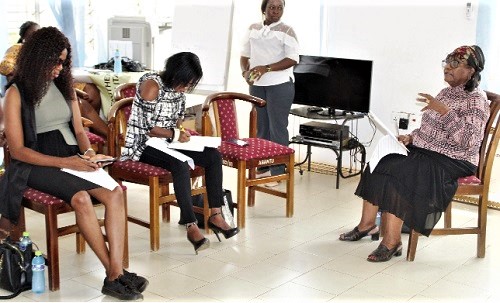 Parliament must place premium on the passage of the Gender Equality Law, otherwise known as Affirmative Action Bill, into law.

According to Abantu for Development, a non-governmental organisation, the delay in passing the bill, which was drafted 11 years ago, had contributed in very substantial ways to the country’s inability to secure comprehensive and improved conditions for the majority of citizens, especially women.

She spoke at a media dialogue in Accra on the role of the media in reinforcing advocacy for the passage of Ghana's Affirmative Action Bill into law.

Ms Harrison said the political parties in the country saw the bill as a threat to power and power sharing, hence the deliberate delays by various governments in passing it.

“Ghana has completed the draft bill that has been awaiting submission to Parliament for a considerable time now. Anytime we ask about it, we are told it is with Cabinet. What is holding it there?” she quizzed.

Ms Harrison stated that Parliament had listed the bill three times as one of the items to be discussed but that never materialised.

“The question of government sitting on the bill is very critical to the mainstreaming of women into positions of leadership, which is unacceptable to all of us,” she stated.

Ms Harrison pointed out that in both the ruling New Patriotic Party (NPP) and the opposition National Democratic Congress (NDC) regimes, women had failed to make the equality mark in elections and appointments to positions of leadership in government.

“It is not one political party that has failed the women of this country but all. All these parties have not been very fair, faithful and accountable to the promises they made to women. The late Prof. John Evans Atta Mills promised before becoming President that 40 per cent of his government appointees would be women, but that never materialised. The highest was 21 per cent.

“We remember in the first presidential address of President Nana Addo Dankwa Akufo-Addo, he said affirmative action was his priority, but here we are today, almost ending his second term and nothing has happened,” she stated.

Ms Harrison said from national to local and institutional levels, the number of appointments and nominations of women historically was failing to address the magnitude of gender inequality.

Quoting figures to buttress her point, she said out of the current 261 Metropolitan, Municipal and District Chief Executives (MMDCEs), only 38 were women, increasing the number by only two from the first term of President Akufo-Addo.

Ms Harrison called on the media to play a pivotal role in educating, shaping public opinion, setting the agenda, as well as influencing the government to push the bill to Parliament for it to be passed.

Media practitioners who spoke, called on civil society organisations to be aggressive in their approach in getting the bill passed.