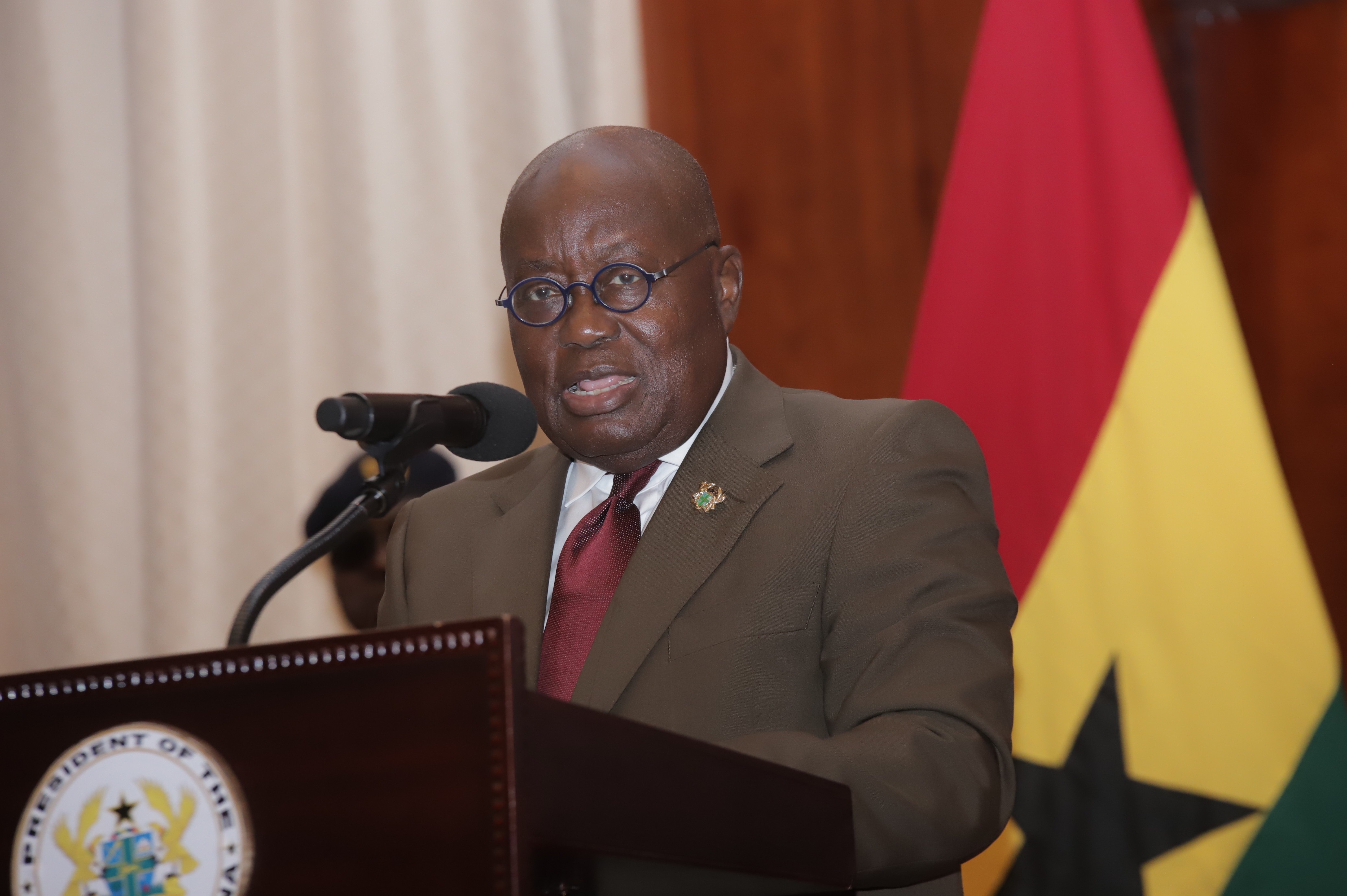 President Nana Addo Dankwa Akufo-Addo has urged beneficiaries of the free senior high school (SHS) policy to concentrate on their studies and come out to be globally competitive citizens.

He advised them to leave the debate about its implementation to the politicians.

“Leave to the politicians the debate of Free SHS and don’t be distracted. Whether we should have Free SHS or we are spending too much money, or whether Akufo-Addo is handling it well, those are not your problems, they are my problem; the problem of those engaged in politics,” he added.

President Akufo-Addo gave the advice when he presented awards to the winners of the Junior Graphic 2021 Essay competition at the Jubilee House in Accra last Friday.

The Junior Graphic National Essay Competition is held in partnership with the Sustainable Development Goals (SDGs) Advisory Unit at the Office of the President, with support from BiC, IPMC, and the Ghana Library Authority.

This competition is organised to improve the reading and writing skills of children in both basic and junior high schools.

President Akufo-Addo, however, told the students that they should not allow the nature of political debate to scare them when they grow up, because it was a worthwhile endeavour which offered opportunity to serve their people, bring progress and bridge the knowledge and development gap.

He expressed the confidence that with the brilliance exhibited by the winners, one of them could in future become President of the country, but advised that “but for the time being, your emphasis has to be on your learning. Pay attention to what your teachers and parents tell you and work hard.”

The President said finding the time for leisure and play was also good as expressed by the English expression that “All work and no play no play, makes Jack or Jill that dull boy or girl”, pointing out that they should also be mindful that “We want you to grow up as well-rounded patriotic citizens of the future and Ghana”.

President Akufo-Addo indicated that with the manner they had started successfully what laid in prospect for them was “only good things”, saying “I am happy that you have been able to come here with your parents”.

The President stated that he never had the opportunity to meet the President during his childhood and school days and explained that he had seen a picture gone viral showing him saying ‘hello’ to Kwame Nkrumah and stated emphatically that “It wasn’t me”.

“I hope it's a memorable occasion for you; you go away from here inspired”, the President said, adding that he would monitor their progress along the ladder.