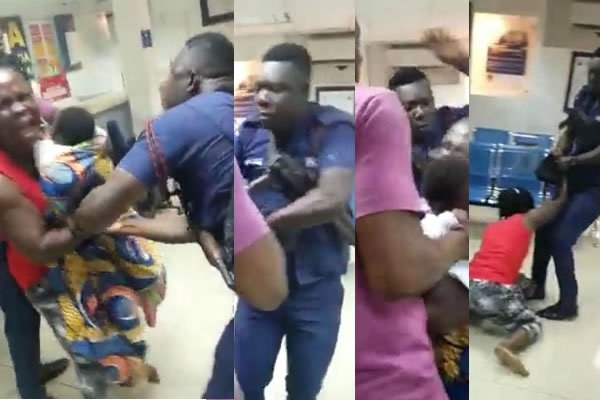 Patience Osafo, the woman who was assaulted by a police officer at the Shiashie branch of Midland Savings and Loans, has spoken about the incident and said it happened on Thursday, July 19, 2018

to her, she started going to the Midland branch to withdraw her savings on Friday, July 13, 2018, and for four days, she could not get her money totalling Gh₵270, with the explanation that, the financial institution was experiencing network challenges.

In a radio interview with Accra based Peace FM, Friday evening, Patience Osafo said she sells toffees at Spanner junction near the Accra Mall and went to the Shiashie branch of Midland to withdraw her savings.

According to her, she has been saving at Midland Savings and managed to accumulate Gh₵270.

So on Friday, July 13, 2018, she decided to go and withdraw same as other customers were doing because she was broke and had borrowed some monies.

She claimed that after waiting for the whole day, the money was not given to her and was asked to come back on Monday, July 16.

On Monday, Patience Osafo said she went there in the morning and waited the whole day and still did not get her money with the explanation that, there was a network challenge.

According to her, on Tuesday and Wednesday, she was still not given the money after waiting the whole day.

On all occasions, she was asked to leave the banking hall for the office to be closed after the close of the day's work.

So on Thursday, when she arrived at the bank at about and waited till about , she vowed not to leave until the money was paid because she was broke.

She said it was during her protestations at about that the police officer was invited to pull her out and it resulted in the scuffle and the assault.

However, she added that, after the incident, all her savings totalling Gh₵270 was paid in full.

She complained of pains in her ear and said she has decided to go to the nearest police station at East Legon to lodge a formal complaint.

The Management of Midland Savings and Loans has since issued a public apology to Patience Osafo after the video showing the brutality by the police officer went viral and generated public outrage.

A statement issued by the management of Midland confirmed that the incident took place at one of their branches. It also condemned in no uncertain terms the act of brutality meted out to the customer.

Meanwhile, the police administration has identified the officer as Corporal Godzi Frederick Amanor, popularly known by his colleagues as Skalla.

He is stationed at Accra Regional Police Operations Unit.

He has since been arrested for criminal processes to begin. 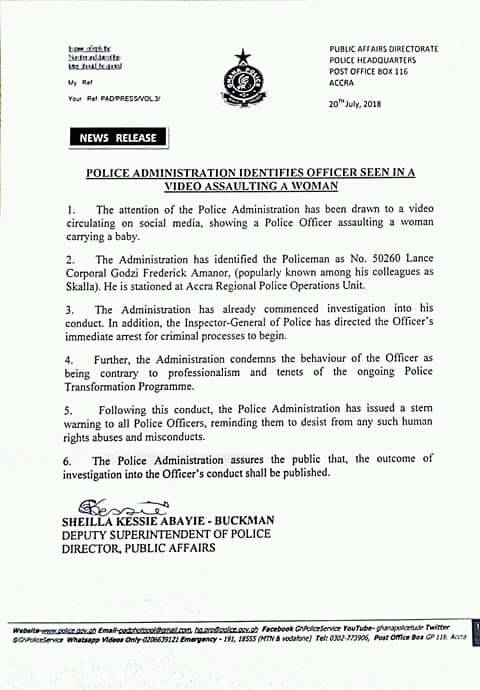