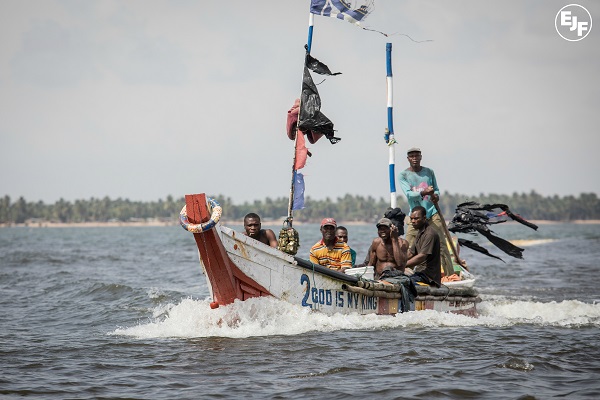 The Secretary-General of the Fisheries Committee for the West Central Gulf of Guinea (FCWC), Mr Seraphin Dedi, has urged member states to take appropriate and strong management measures to help recover the region’s declining fish stocks.

He said strong management measures such as the creation of marine protected areas, fishing closed season, as well as transshipment management and monitoring of fishery efforts, would help to protect the shared stocks within the FCWC region.

He said the “FCWC is actively working toward contributing to ocean economy development and the achievement of UN SDGs” by its member states.

These six FCWC countries have several shared fish stocks and identified the need for cooperation and shared management of these resources.

Speaking at the opening of the 14th session of the Conference of the Ministers of the Fisheries Committee for the West Central Gulf of Guinea in Accra on Wednesday, January 11, 2023, Mr Dedi, said the organisation as a regional advisory body “is prioritising effective fisheries management, the improved implementation of fisheries policy and management plans (including determining the feasibility of a regional closed season) to rebuild the fisheries stock, sustain the economy and enhance the food security of the region.”

For him, the two-day conference, which will end on January 13, 2023, would provide the opportunity for the six member states to commit to harmonise policy and common actions to be taken to address depleting fisheries stocks and develop aquaculture in the region under ECOWAS’s integrated fisheries and aquaculture development strategy.

The 14th session of the Conference of the Ministers of the Fisheries Committee for the West Central Gulf of Guinea, which is being done in-person and online, is on the theme: “Supporting effective fisheries management for a sustainable blue economy.”

The conference is being attended by the fisheries ministers of the six FCWC member states or their representatives, as well as representatives of development partners of FCWC, including ECOWAS, Food and Agriculture Organisation (FAO), African Union, and Japan International Cooperation Agency (JICA).

The session’s participants would deliberate on the theme, review the past year’s results, and agree on a work plan and budget for the 2023/2024 period to be submitted to the Ministers to adopt.

Explaining further on what FCWC had done to sustainably manage the region’s fish stocks, Mr Dedi said, activities planned by FCWC and its partners for the year 2022 were carried out successfully.

In addition, he noted, capacities of member states had been built on the functioning of the Regional Vessel Monitoring System and also on the development of the FCWC Regional MCS Centre five (05) standard operating procedures (SOPS).

For the FCWC boss, “the problems and challenges that migrating fish create in the region are multi-sectorial and trans-boundary in character and therefore need the concerted efforts of all stakeholders in the sub-region to tackle them.”

Mr Dedi also expressed the concern that foreign vessels were not only poaching “our fish but also using our waters as transit routes for their trade in hard drugs.”

He said the West African region is considered a hotspot for illegal, unreported and unregulated (IUU) fishing and its associated crimes, including piracy and illegal trade, such as hard drugs.

That, he explained, to clamp down on IUU and other forms of crimes in the FCWC region, it had signed an Memorandum of Understanding (MoU) with ECOWAS and Sub-Regional Fisheries Commission (SRFC), saying “We really value this strategical partnership that will certainly enhance FCWC institutional framework and support its continuous effort to participate actively in the sustainable use of our resources and global growth of the ocean economy in the region.”