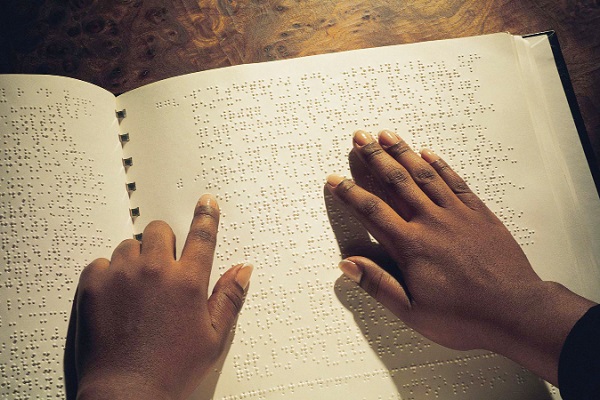 As the world marked Braille Day yesterday, the Executive Director of the Ghana Blind Union (GBU), Dr Peter Obeng-Asamoa, called on the government to lead the process to digitise braille in the country.

He said the country had been unable to keep pace with the evolution of braille which had moved from being just a medium of communication to a mode of accessing information for the visually impaired.

In an exclusive interview with the Daily Graphic to mark the World Braille Day, Dr Obeng-Asamoa explained that looking at how everything was going digital, it was disappointing that the country was still stuck with paper braille.

“We have become stagnant; we’ve stayed with the paper braille for too long. The government should be able to produce books in braille and other forms of technology for the visually impaired,” he said.

Braille is a system of six dots arranged in various patterns to allow for interpretation as letters of the alphabets and numerical figures. It is read with the pad of the fingers.

Moreover, Dr Obeng-Asamoa said if only policymakers would ask questions, things would be different.

“Policymakers do not ask questions, these digital braille devices are out there like the orbit reader, note taker etc. but it seems we are still where we are. Braille on paper is old, it has evolved, countries like Kenya are doing it,” he noted.

The assertion was supported by the Head of Department for Resource Centre for the Visually Impaired, Okuapemman Secondary School, Seth Kwame Ativor, who also noted that digitalising braille would make life easier for the visually impaired.

“With this, people can still read their braille but this time it will be with ease. We are far behind when it comes to incorporating braille with technology and this affects our education,” he said.

“In as much as it has helped, we can do far better,” he added.

Mr Ativor said other countries had done it as it was not so expensive to do, saying “we only need a few technical brains, few resources and we can move our education materials to the electronic braille.”

He, therefore, called on the Ministry of Education and the partners to rise to the occasion, especially in the era of technology and digitalisation.

“The Vice-President has been fighting for digitalisation, we need to do same with our braille,” Mr Ativor said.

For his part, the President of the Ghana Federation of Disability Organisation, Joseph Atsu Homadzi, noted that the education system had not been fair to the visually impaired in terms of accessing learning and literacy materials.

“We lack textbooks in braille, we do not have them, it’s a serious challenge for us. So basically, as a student, you have to fall on your colleagues to read out to you. When you go to Okuapemman Senior High School, the situation is the same and has made learning difficult,” he said.

He said the teacher did not pardon the visually impaired student just because textbooks were not in braille, as all students were assessed based on merit.

“How do I compete with my mates who have access to everything, while we are answering the same examination questions from West African Examination Council (WAEC),” he asked rhetorically.

Sharing her experience as a teacher of visually impaired students at the Okuapemman Senior High School, Regina Oppong urged policymakers to help subsidise the cost of braille materials to make them accessible to all.

“Braille materials like the paper, stylus and so on are very expensive. Due to this, not everyone can afford them; it is very disheartening. We, therefore, pray the government to come to our aid,” she said.

Ms Oppong further said though everything was going digital, there were still people who were comfortable with the paper braille and so it should not be written off completely.

Also, she noted that training institutions such as the colleges of education should be strengthened and equipped adequately to enhance teaching using braille.

“They should be well positioned to transfer knowledge to braille users. Periodically, there should be braille proficiency courses for the students so that they can apprise themselves of new trends,” Mr Oppong said.

In a separate interview, the Advocacy Project Officer of the GBU and Braille expert, Bismark Amoh, said that the government should recognise that braille was the official mode of information for the visually impaired and that documents of state such as the budget, parliamentary proceedings, should be made accessible in braille for their reach.

“There is a gap that needs to be filled, the question is there is information out there in print versions, how does this section of the visually impaired persons access it. For instance, we don’t have print news in braille, has the print news house asked how we get to read their publications, the same applies to state documents,” he said.

World Braille Day is celebrated yearly in recognition of the birth of the French inventor of braille, Louis Braille, born on January 4th, 1809.

The day celebrates the importance of braille as a means of communication in the full realisation of the human rights for visually impaired people.

The day also acknowledges that those with visual impairment deserve the same standard of human rights as everyone else.