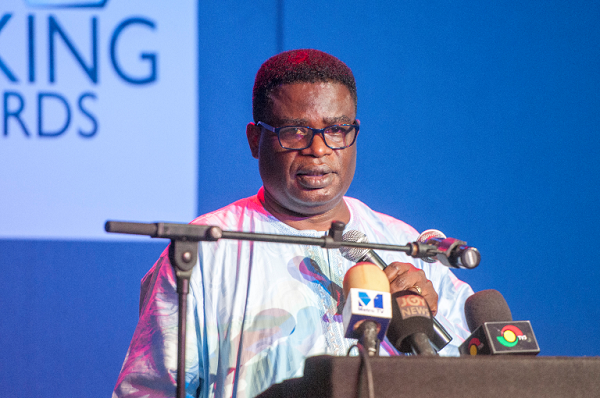 The blockade of the world’s most efficient maritime trade route, the Suez Canal by a Taiwanese managed vessel, The Ever Given, will have no direct impact on trade flows to the West Coast of Africa, a Maritime Law Consultant, Dr Kofi Mbiah, has said.

The Ever Given, the world’s largest container vessel which measures 400 meters long and 59 meters wide, carrying some 20,000 Twenty Footer Equivalent Units (TEU) of cargo was on a voyage from Asia to Rotterdam in Europe last Tuesday and encountered a gush of winds, causing the master to lose control while in transit, running aground on the banks of the canal.

The blockade has seen hundreds of ships stuck at both ends of the channel, contemplating far more expensive alternative routes to deliver their cargo, which industry watchers say could attract additional fuel of more than $30,000 per day, depending on the vessel, or more than $800,000 total for the longer trip.

Similarly, vessels adopting an option to wait until the salvaging of the Ever Given if successful may likely incur demurrage charges (late fees for cargo) ranging from $15,000 to $30,000 per day.

Data from shipping expert, Lloyd’s List, has said that the Ever Given’s blockade is holding up an estimated $9.6bn goods each day.

Canals are man-made waterways which are constructed as innovative ways to significantly increase efficiency on the global logistics chain. Dredging works are being carried out around the vessel to free it to allow the Canal to be reopened for business.

While goods routed to the West Coast of Africa and Ghana mainly use the Cape of Good Hope Canal located in the Atlantic coast of the Cape Peninsula in South Africa, Dr Mbiah, who is also a former Chief Executive of the Ghana Shippers Authority, however, said the country (Ghana) remained vulnerable in a way since it had a significant trading relations with Europe.

“A chunk of manufactured goods such as spare parts Ghana imports are also imported into Europe from Asia using the Suez canal, and if the blockade continues, charter rate for vessels will increase and a shortage of empty containers as devanned (unstuffed) would not readily get back to Asia, in particular China, for re-stuffing,” Dr Mbiah said.

Ghana’s 2019 seaborne imports from Europe, he pointed out, amounted to 4,592,037 metric tons, representing 41 per cent of total imports.

That, he said, might likely have some indirect impact on timelines for imported products from Europe into Ghana.

Globalisation, he stressed, had made global trade flows to be so interconnected such that even though the Suez Canal might not be a significant trade route for Ghana’s import and export trade, the associated effects of this blockage, coupled with the slow recovery from the COVID-19, might impact Ghana’s wobbling economy if it continued for weeks.

That notwithstanding, the continuing blockade, he maintained, would undoubtedly lead to a massive disruption of supply chains and significantly affect trade flows.