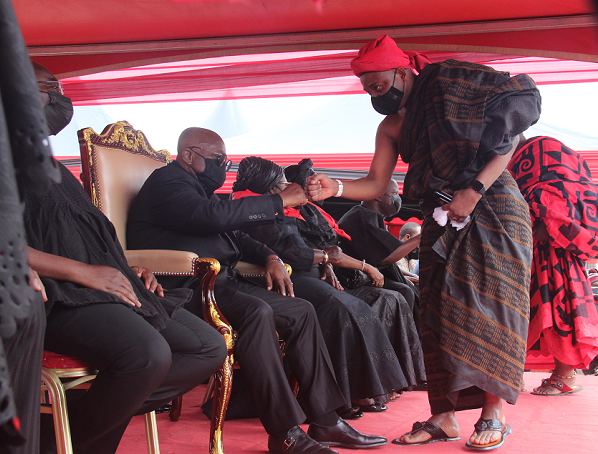 Three years after the passing of the La Mantse, NII Tettey Kpobi Tsuru III, his remains were laid in state at the La Royal Palace yesterday to begin three days of royal funeral.

The body will lie in state at the La Royal Palace for mourners to pay their last respects, followed by interment on Friday.

Among those who filed past the body yesterday was President Nana Addo Dankwa Akufo-Addo, who led a high-powered government delegation to the funeral of the paramount chief, who ruled for 30 years and died aged 89.

The various clans of the La State were also there to bid farewell to the late Nii Kpobi Tsuru III. 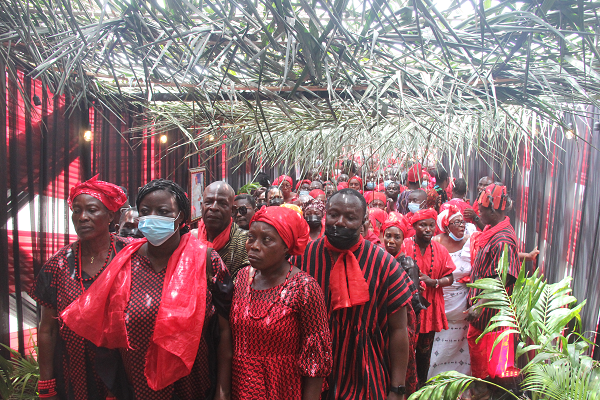 Some mourners filing past the body of the late chief

President Akufo-Addo donated assorted items, including boxes of hard, soft and traditional drinks, and cash of GH¢50,000 to the La Traditional Council towards the burial.

The acting La Dzasetse commended the President for the kind gesture. 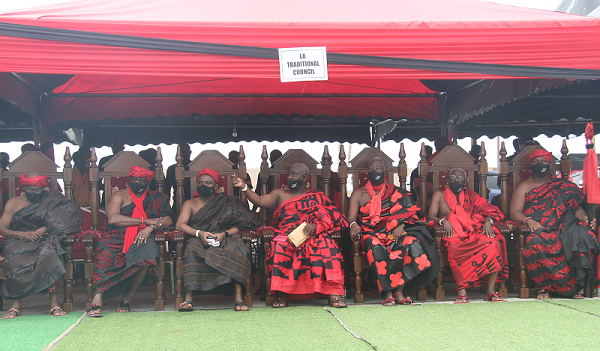 After the donation, the nine other clans of the La State, with their leaders, dressed mostly in red and black attire, took turns to pay their last respects to Nii La, who died in 2019, amid drumming and the singing of Ga dirges.

That was followed by the La Dadekotopon Muslim community, indigenes of La and associations and youth-led groups.

The funeral was characterised by cultural performances and libation pouring.

Political and traditional leaders are expected to file past the body today, to be followed by a non-denominational burial service at the forecourt of the La Royal Palace tomorrow, after which the late Nii Tsuru will be laid to rest, as custom and tradition demand.

The activities will be rounded off with a non-denominational memorial and thanksgiving service on Sunday, March 20, also to be held at the forecourt of the royal palace.