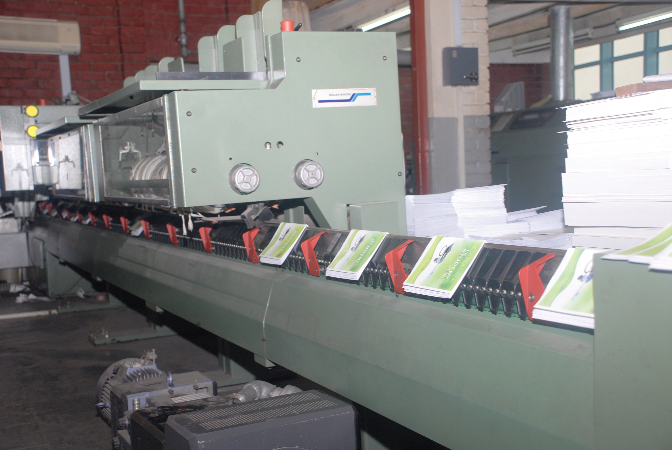 The government should step up its control mechanism to ensure that publishers contracted to print textbooks locally do not sneak out of the country to execute the job.

The Executive Director of the Ghana Printers and Paper Converters Association (GPPCA), William Turkson, who made the call, said it was possible that if care was not taken, some of the publishers would find ways of taking their contracts to print outside, even though they had signed memoranda of understanding (MoUs) with local printers.

In an interview with the Daily Graphic on the decision of the government to cede 100 per cent of the printing of textbooks to local printers, Mr Turkson said the printing industry had come of age, insisting that the printing done in the country was competitive and even better than what was done outside.

He, therefore, called for a deliberate effort to grow the book industry and particularly the printing sub-sector “to prevent it from grinding to a halt to give foreign printers the opportunity to take over the industry in the country.”

Mr Turkson explained that apart from the creation of jobs, printing the books locally would improve the standard of living in the country and also boost the morale of players in the industry.

He said the decision was in the right direction, considering the way the COVID-19 pandemic nearly caused most of printing companies to fold up.

“Additionally, the volumes of employment it will generate for our youth will be unimaginable,” he said, adding that it would be “disastrous to carry such potential job opportunities to another country.”

Mr Turkson said the impact of the COVID-19 on jobs and the livelihood of many families globally called for the government to find strategic ways of creating jobs, both directly and indirectly, “and this is one way of creating such jobs.”

“The truth is that COVID-19 has brought economies all over the world to their knees and every country is making efforts to rebuild its economy. So by ceding 100 per cent of the printing locally means reviving our printing industry and, by implication, our economy,” he said.

He was of the view that the contract would give the local printers the confidence to execute the jobs to the best of their ability.

“I see the decision by the government as a vote of confidence in the local printing industry and a way to build the capacity of printers,” Mr Turkson stated.

He pledged that printers would work to justify the confidence reposed in them in order to attract more contracts from the government.

Speaking on the benefits of building the capacity of the industry, the Chief Executive Officer of TYPE Company Ltd, Coby Asmah, said Ghana stood to benefit from exports from the sector to neighbouring countries, as they would attract revenue for the state.

He said with a vibrant printing industry, other allied industries and complementary industries would spring up.

Mr Asmah, who is also the Chairman of the Print, Stationery and Packaging Sector of the Association of Ghana Industries (AGI), called on the government to support the industry, not with money “but with jobs of this kind that will energise the industry to contribute to the government’s objective to grow the economy”.

“We are committed to contributing our quota to the success of the government and reinforce our readiness to cooperate to make Ghana a basket of quality. We are very committed and look forward to this,” he added.

Touching on tax components, he expressed concern that books printed outside and brought into the country did not attract VAT and other taxes, while local printers who imported raw materials for printing were made to pay full duties on them.

“How can we grow our industry if such a situation exists?” he queried.

For him, importers of books must be made to pay full taxes for their books if local importers of raw materials such as paper and paint would not be exempted.

Mr Asmah said if there was a time the country needed more money, it was now, “and this is the time to levy importers.”