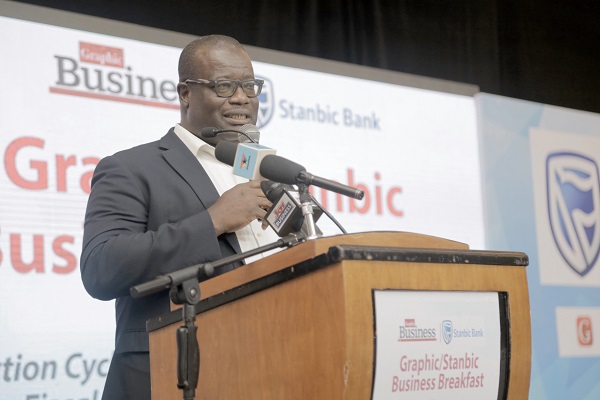 The Editor of the Graphic Business, Mr Theophilus Yartey, has said the ownership of media establishments by politicians and businessmen is a major factor threatening media independence and freedom in Ghana.

He said private individuals who set up media outlets — both print and electronic — were usually influenced by motives such as promoting a political agenda, making profit and becoming influence peddlers, which eventually undermined media professionalism.

Addressing a media seminar at the Ghana Armed Forces Command and Staff College in Accra, Mr Yartey said: “The ownership of any media outfit often determines the content of the news to be produced because, sometimes, he who pays the piper calls the tune.”

The editors of the Graphic Business and the Ghanaian Times were at the event to share their perspectives on diverse factors confronting media independence and freedom in Ghana.

Speaking on “Legitimate requirement of the media and its importance for democracy”, Mr Yartey said the content produced by most privately owned media outlets was often “censored by the wishes of media owners”.

Such a phenomenon, he said, was against the tenets of media independence and freedom as well as ethics and professionalism.

Touching on the assault of journalists in Ghana, he said often those who beat up journalists with impunity, including security men, were not made to face the full rigours of the law.

“The issue of security for journalists is critical because nobody is beaten for doing his work in Ghana; even thieves are given the benefit to defend themselves in court.

“Yet journalists are always beaten in the discharge of their work and there is no punishment for culprits, and since journalists are bread winners, they usually put their security and family ahead and this discourages them from performing their duties effectively,” he said.

The Editor of the Ghanaian Times, Mr Dave Agbenu, said expunging criminal libel from the law books of Ghana had contributed enormously to create a vibrant democracy and media freedom in Ghana.

He asserted that under no circumstance would any professional journalist go out of his or her way to damage the reputation of people, except “charlatans who engage in this unethical and shameful act”.

“If any journalist approaches you as an officer to extort money because he has information about you, there are a lot of avenues where you can seek redress, such as reporting such conduct to the National Media Commission or suing the media house,” he said.

The Director of Public Relations of the Ghana Armed Forces, Col Eric Aggrey-Quarshie, called for closer collaboration between the military and the media, not only in Ghana but also across Africa, in order to entrench democracy on the continent.

“Both of us are working towards a common goal and we are like two sides of the same coin because we have a role in contributing to national development.

So there is the need to respect each other,” he said.