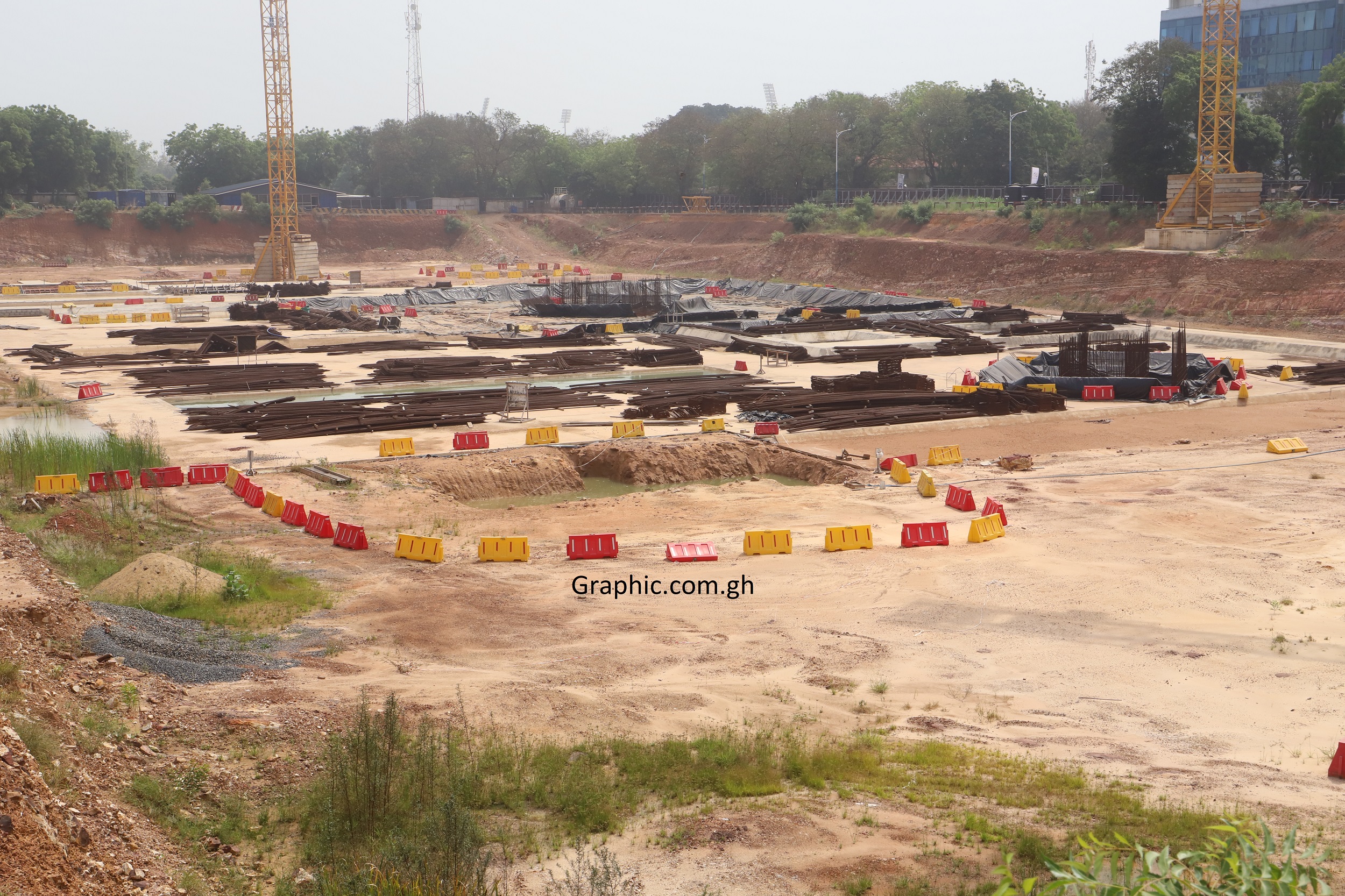 The National Cathedral project at the foundation level
30.5k Shares

The National Cathedral of Ghana (NCG) project has a sustainable economic model which is expected to rake in $95m in the first five years of its operation, the Executive Director of the NCG Secretariat, Dr Paul Opoku-Mensah, has said.

The economic model is made up of about 10 revenue streams which include multi-purpose rental spaces, an over 1,000-seater banquet hall, a conference centre, a 350-seater biblical restaurant, a café, shops and theatres.

The rest are its groundbreaking design, a Bible Museum of Africa and a Biblical Gardens of Africa which would help facilitate the development of the country and turn it into a major religious metropolis for African Christianity.

According to the Executive Secretary, the sustainable economic model which would generate income would be implemented progressively to attract global and African visitors, adding “its economic impact analysis has been submitted to Parliament”.

He said other details such as accounting for all the monies paid by the state and the work done so far had also been submitted to Parliament after a thorough briefing session with the select committee on Trade, Industry and Tourism.

Dr Opoku-Mensah said this at the National Cathedral of Ghana Bible Reading Marathon Thanksgiving Service and the celebration of the laying of the foundation for the cathedral in Accra on Monday.

The two-day event which ended on December 30,2022,was attended by people from all walks of life, and the Holy Bible read for long hours.

President Nana Addo Dankwa Akufo-Addo, Commanders of Security Services, a representative of the Speaker of Parliament and the Chief Justice, all read portions of the Book of Revelations from the Bible.

The project includes seven levels - two basement levels and five upper levels, thus, making it the highest civic building in the national capital,
Accra,with a height of about 50 metres. The ‘Job 600’ is 45 metres.

As a standalone structure with a Bell Tower, the cathedral will reach nearly 60 metres, making it the largest single building in Accra.

Dr Opoku-Mensah also said that a team had concluded discussions with some Israeli antiquities authority that would be loaning Ghana some artifacts, adding that “they are willing to make this a long-term loan for us”.

Part of the construction methodology is that the whole structure after the foundation would be made up of steel, the reason he said work could finish before the end
of 2024.

The executive secretary further said that the secretariat had accounted for every cedi expended on the project and submitted reports to Parliament.

He, therefore, discounted claims by some Members of Parliament that even though the secretariat had received GH¢339m, they could not account for
GH¢225m,alleging that GH¢114m was missing.

Between them, he said, they had done some of the major works, including the African American Museum, the Bible Museum and the Major Art and Presidential Museum globally.

In the case of the amount paid to the consultants, Dr Opoku-Mensah said he presented the list of all the companies and consultant teams to the Parliamentary sub committee on Trade, Industry and Tourism on December 15,2022.

“Sir David Adjaye does not have a contract as an individual architect, but for a set of consultant services involving 15 international engineering firms of which David Adjaye and associates were lead consultants,” the executive secretary said.

President Akufo-Addo said the reasons for the construction of the cathedral were partly to thank God for His mercies on the country, including the fact that the nation had been spared any form of war, famine or epidemics since independence.

Secondly, about 71 per cent of citizens adhered to the Christian religion, who are grouped under the various persuasions of the Christian faith, and that the interdenominational national cathedral will, therefore, help to unify the Christian community and also promote unity and social cohesion.

He added that the Supreme Court’s unanimous decision in rejecting a call to nullify the cathedral project laid particular emphasis on its significance to national cohesion.

Thirdly, on a personal note “I made a pledge to almighty God that if he was gracious enough to grant my party, the New Patriotic Party and I victory in the 2016 elections after two unsuccessful attempts, I will help build the cathedral to His glory and honour”.

“I am determined with your support to redeem this pledge,” he said, adding “just as God prospered Nehemiah to rebuild the walls of Jerusalem, I am grateful that He will prosper us and make us succeed in our endeavour”.

The President donated GH¢100,000 towards the construction of the cathedral,while the First Chairman of the Board of Trustees, Rev.Dr Samuel Asante-Antwi, also donated GH¢10,000,which was presented by his wife, Comfort Asante-Antwi.