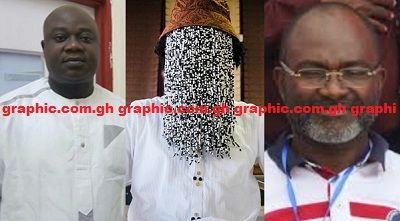 The Management of Adom TV has apologised and retracted false allegations of bribery, corruption, extortion and impersonation made against investigative journalist Anas Aremeyaw Anas on one of its radio stations.

The apology signed by the Management of Adom TV said the allegations which suggested that Anas is a criminal who engages in illegal mining and the impersonation of army officers are false and should not have been broadcast on its Badwam Mpensenpensenmu television show.

"The said allegations have been found to be false and same should not have been on the programme. The publication of such words against Anas Aremeyaw Anas is most regrettable," the apology published in the Daily Graphic said.

"The Management of the Multimedia Group, Benjamin Kwame Asante, Dominic Kissi Yeboah and Abdulai Awudu do hereby apologise and unconditionally and unreservedly retract the allegations and comments made against Anas Aremeyaw Anas.

"Management undertakes not to further publish or reproduce the said allegations and comments on any of its platforms".

GraphicOnline understands that the apology is part of an out-of-court settlement reached between Anas and Multimedia last year, although the substantive case is yet to be determined by the court.

It will be recalled that in April 2019, Anas sued the Multimedia Group Limited and three of its staff for defamation.

In the suit, Anas had prayed the court for damages; costs, including lawyers fees over defamatory comments made by the Assin Central Member of Parliament, Mr Kennedy Agyapong on February 26, 2019, on Adom TV (a television channel of Multimedia) which he says injured his reputation as a lawyer and globally acclaimed investigative journalist.

The comments were made during what Anas' suit described as a "one-sided conversation" about a then yet-to-be premiered investigative documentary on galamsey (illegal mining) produced by Anas.

The suit further argued that the three Multimedia staff Benjamin Kwabena Asante known as Omanhene (presenter of Adom TV and host of Badwam Mpensempensemu), Dominic Kissi Yeboah (television programme producer at Adom TV and producer of Badwam Mpensempensemu) and Abdulai Awudu (General Manager of Multi TV) allowed the defamatory material to be published about him by Mr Agyapong. 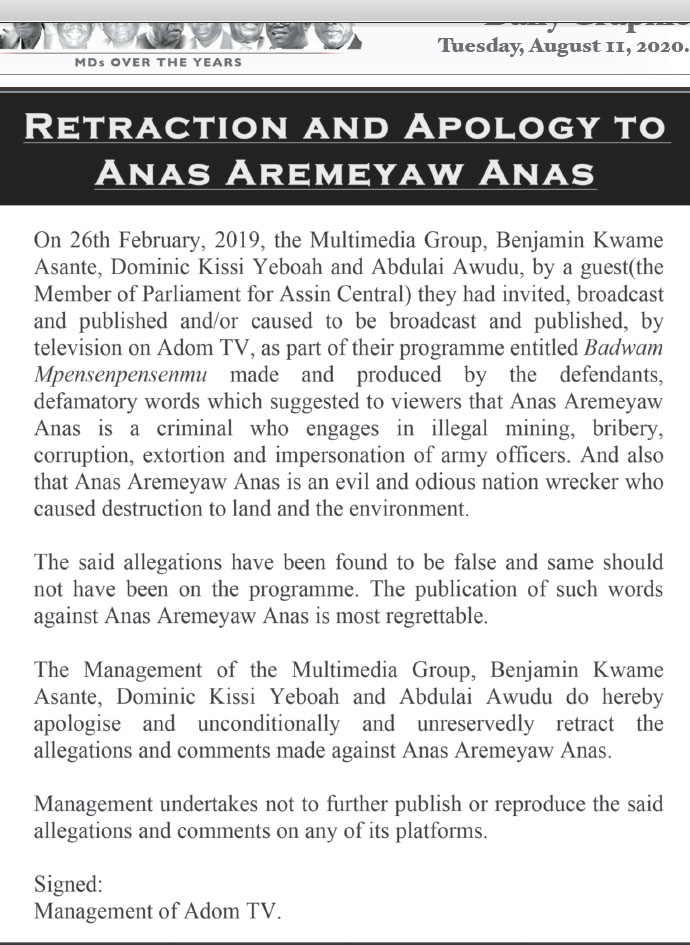