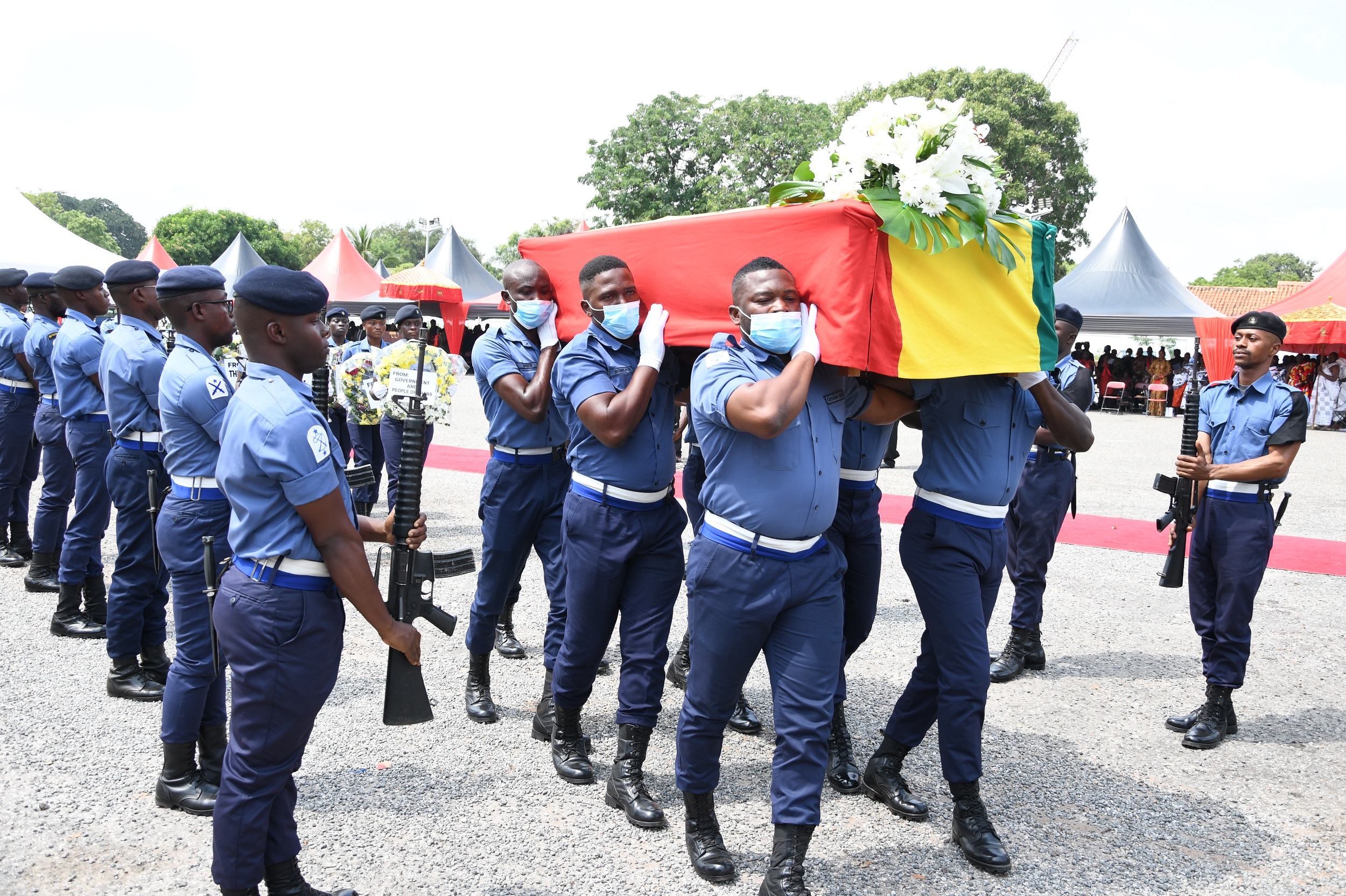 Many Ghanaians Thursday converged on the forecourt of the State House to pay their last respects to Ghana's longest-serving Finance Minister, the late Professor Kwesi Botchwey, at a state funeral service. 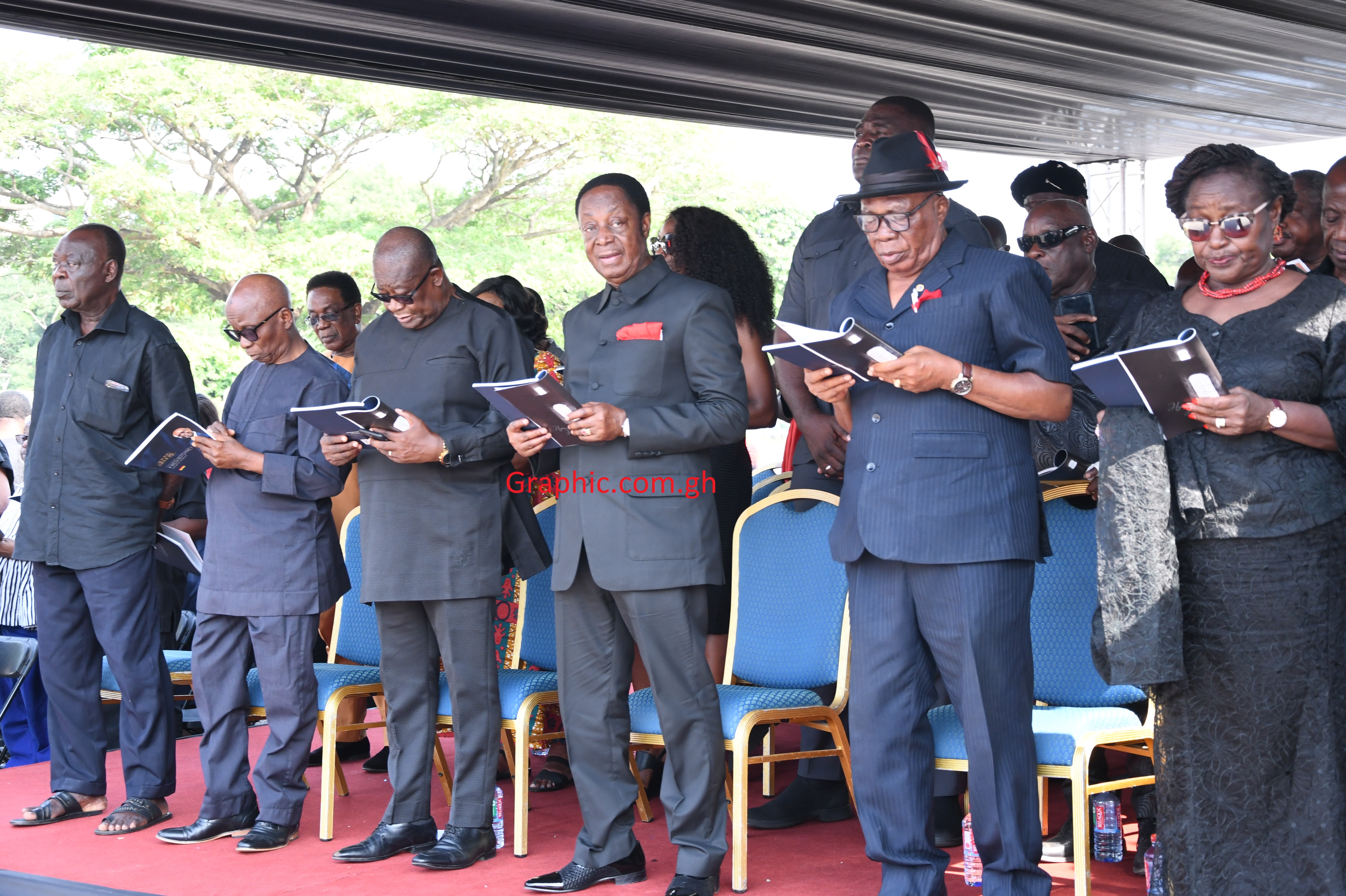 PHOTO: Dr Kwabena Duffuor, a presidential aspirant of the NDC with some leading members of the NDC

Others were former Provisional National Defence Council (PNDC) and National Democratic Congress (NDC) functionaries, the clergy, traditional rulers, family members and friends of the late Finance Minister, members of the Diplomatic Corps, old students of the Presbyterian Boys’ Secondary School (PRESEC), a host of dignitaries, as well as past and present government officials. 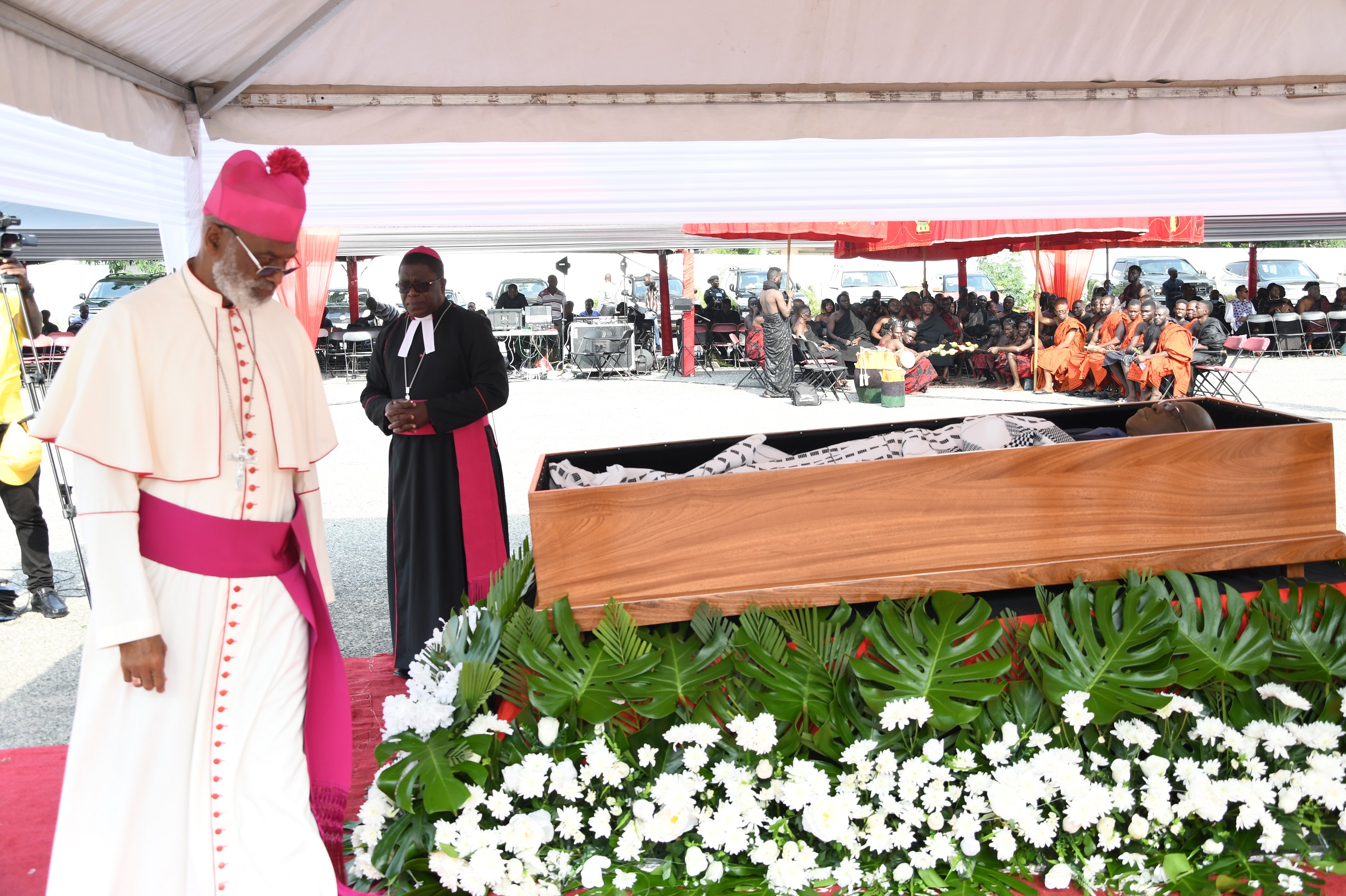 He also served as the Chairman of the National Development Planning Commission (NDPC) between 2009 and and 2016.

Before his demise, he was a member of the Council of Elders of the National Democratic Congress (NDC).

He passed away on Saturday, November 19, 2022 while receiving medical treatment at the Korle Bu Teaching Hospital in Accra.

Prof. Botchwey (a.k.a. Kwesi Tenkorang) was born in the Northern Regional capital of Tamale, on September 13, 1942.

He was the second of his parents’ five children and was named after his grandfather, Nana Tenkorang.

As a young boy, he won a scholarship to attend PRESEC, then located at Odumase-Krobo, where he passed his GCE (Ordinary Level) examination with distinction and continued his Sixth Form education at St Augustine's College, Cape Coast. 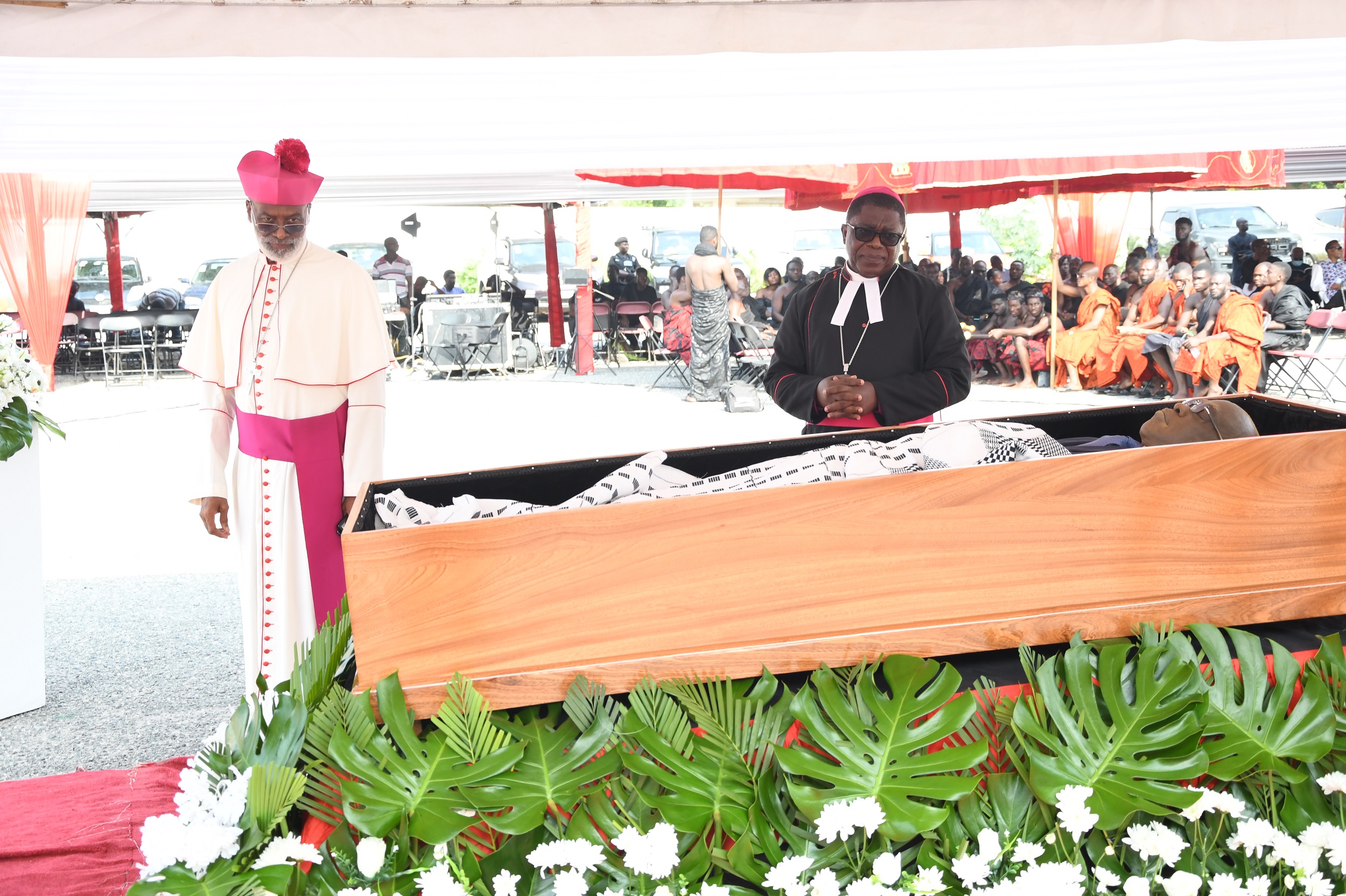 In their tribute, the bereaved children said although they felt hurt, confused and lost without their father, “we are consoled by the fact that you live on in our hearts and from time to time we catch a glimpse of you in one another's looks and mannerisms”.

“We share a love for one another that our differences in language, geography, culture and history can never divide. We thank you for all the gifts and memories you have left us with,” they said in their tribute, read on their behalf by Nana Ama Botchwey.

The widow, Gwendy Bannerman, said: “I knew humility, but knowing you meant practising it to a fault.”

“You treated everyone with respect, which trait was admired by all. I will miss all the endearing words you used, depending on the occasion,” she added.

The Senior Presidential Advisor, Yaw Osafo-Maafo, himself a former Finance Minister, in a state tribute, said as someone with in-depth knowledge of economics, Prof. Botchwey contributed immensely to the economy.

Flanked by the current Finance Minister, Ken Ofori-Atta, and a former Deputy Finance Minister, Prof. George Gyan-Baffour, Mr Osafo-Maafo said the late Finance Minister, lawyer and lecturer was a blessing to the nation, Africa and the world at large, playing a major role in enhancing the economy of the country and the continent.

On behalf of the NDC, its Chairman, Johnson Asiedu Nketia, said Prof. Botchwey’s death was shocking and left many people, especially those of the NDC fraternity and his (Botchwey’s) immediate family, reeling with shock.

“Many are still in denial. It is, therefore, humbling to be offered the opportunity to give a tribute in memory of Prof. Kwesi Botchwey, for he was a great man,” he said.

In their tribute, read by a former Minister of Information, Kofi Totobi Quakyi, who was flanked by a former Chief of Staff, Nana Ato Dadzie, the deceased’s colleagues in the PNDC said he had been there at the beginning.

“You were in the trenches with us the commitment, endurance, sacrifices, fortitude, resoluteness - we were with you, the founding fathers of the revolution, together with the maestro and enigma himself, Ft Lt Jerry John Rawlings,” they said. 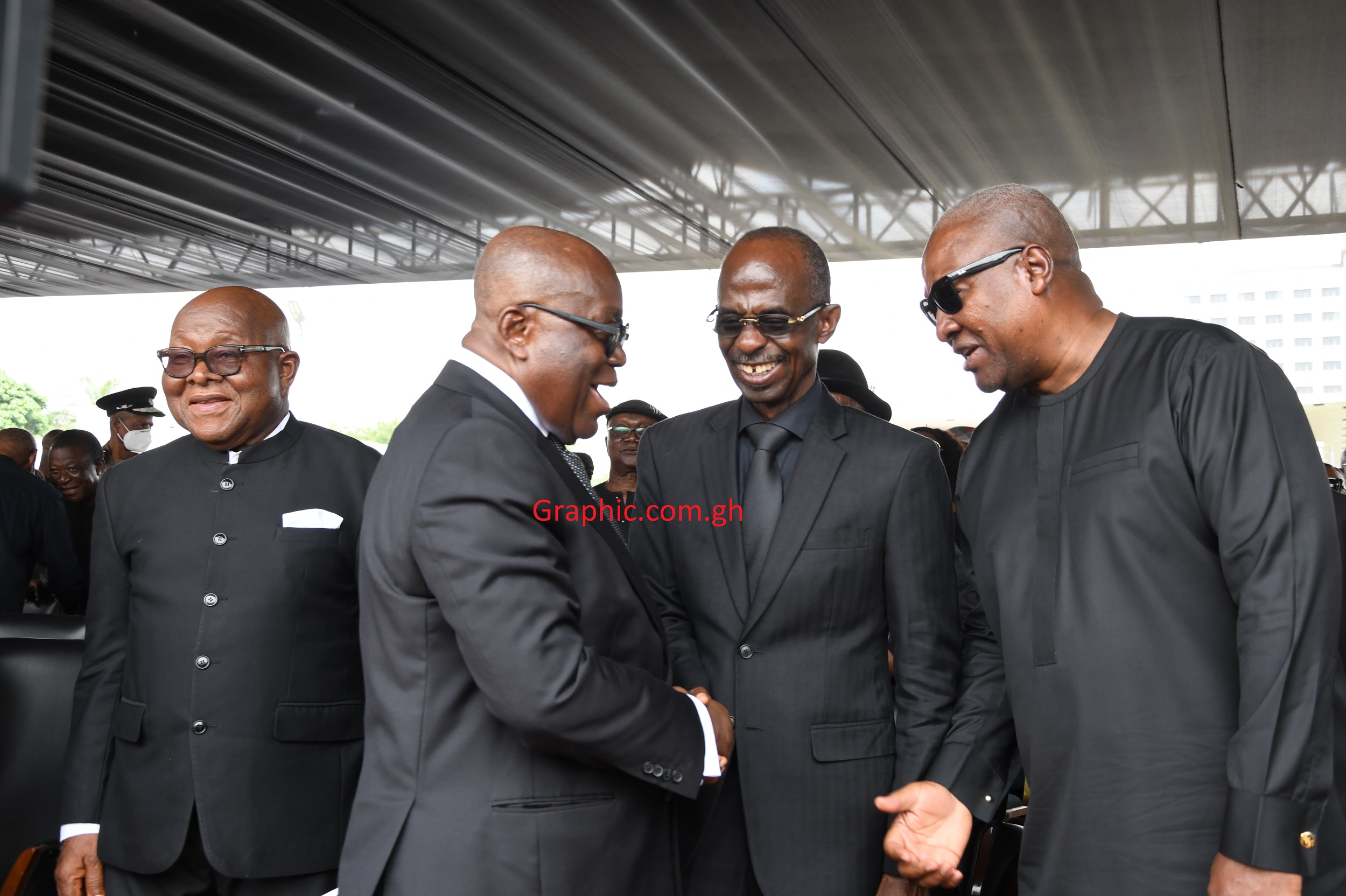 The Director-General of the NDPC, Kodjo Esseim Mensah-Abrampa, said Prof. Botchwey’s loss was a shock to not only the commission but the country at large.
Nananom of Agona Asafo, his hometown, said in spite of Prof. Botchwey's numerous engagements in Ghana, as well as with international bodies, he had the time to contribute to the development of Asafo and assist in addressing every issue that concerned the town.

A former Minister of State in charge Tertiary Education, Prof. Kwesi Yankah, in his tribute, said: “In our local politics, you cannot be friends across party lines. If you hold a political position, avoid your ‘enemies’. If you smile at them, you may be reported. At funerals, check who sits next to you; if he or she is from the other side of the political divide, be careful. In some cases, you may even request that ushers kindly change your seating.

“That's not the case with our little Agona community in the Central Region. The Brothers Yankah, the Ahwois, Kwesi Botchweys, Oduros, Major Donkohs, Goosie Tandohs we are one great family.”

For his part, Ato Wright said Prof. Botchwey had always been aware that true inner happiness would not come from the material things of this world but rather from the brothers and the sisters and the friends and the mates that he sat, chatted and laughed with. 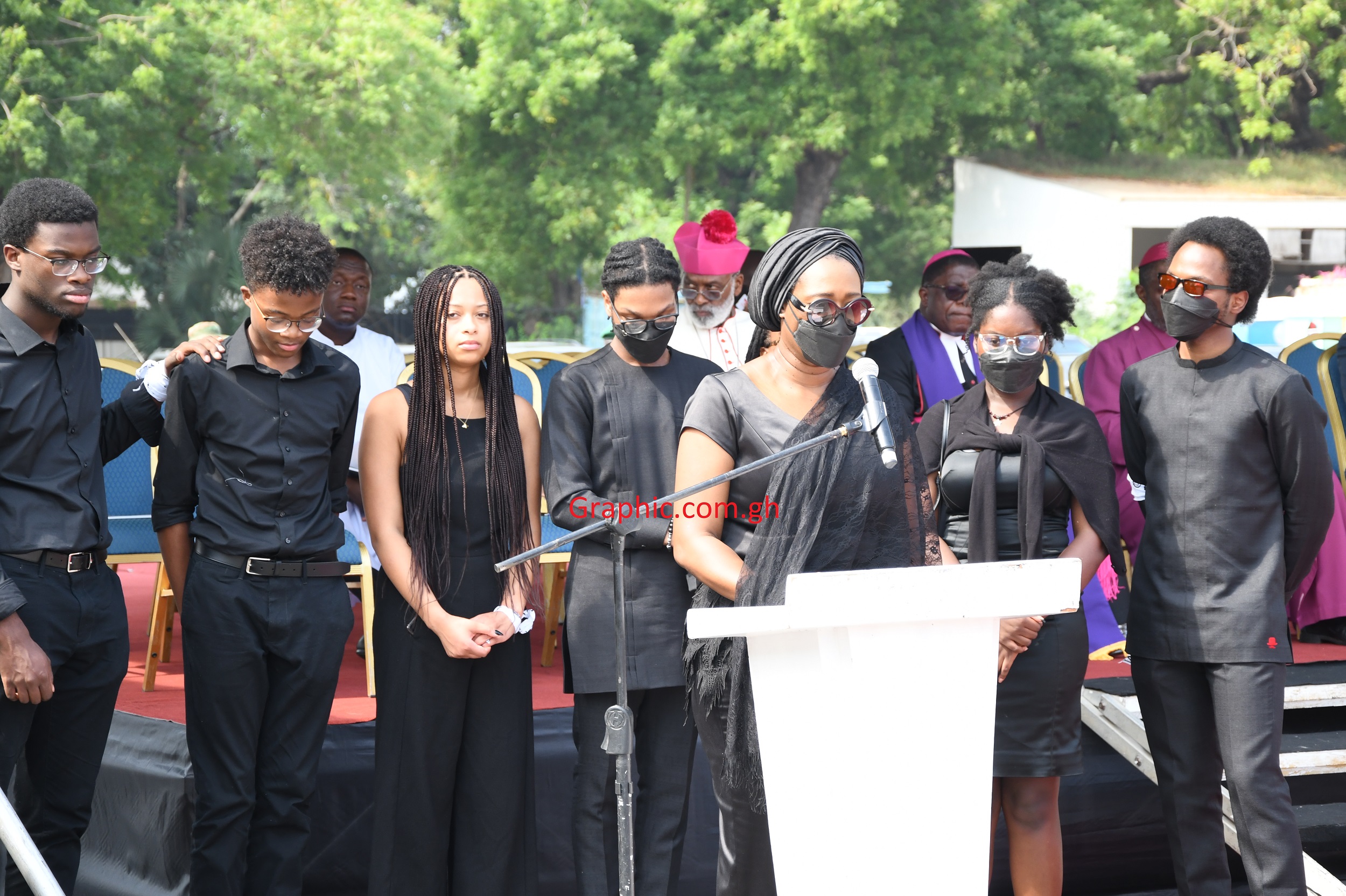 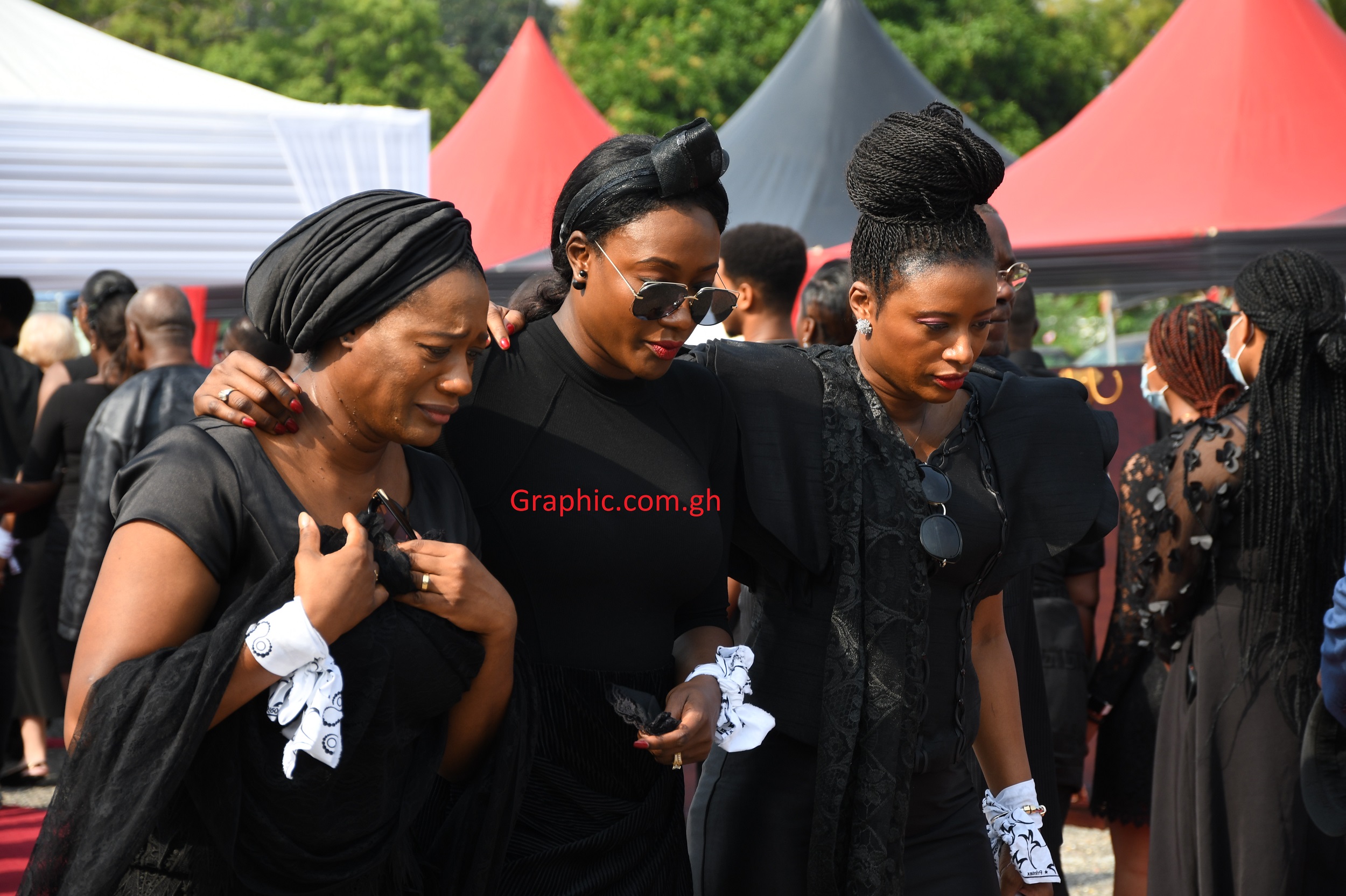 In a sermon, the Presiding Bishop of the Methodist Church, Ghana, the Most Rev. Dr Paul Boafo, said the life of the economist touched the lives of Ghanaians and the world at large.

He said tributes in memory of the deceased could tell the immense contributions he had made to the country and society at large.

The Most Rev. Dr Boafo said Prof. Botchwey’s name was attached to virtually all the programmes that brought the country out of its difficulties in the 1980s and 1990s.
“Today, as he goes home, I have the belief and the hope that the legacy he has left behind will inspire us to work for the <B>citizenry<$> of our dear nation, Ghana,” he said.

“Kwesi has left a legacy for us to look at and emulate. As an academic, public servant, politician, statesman, family man, mentor, teacher, in whatever regard you see him, he has left something behind and that is what we are celebrating today,” he emphasised.

He said the late Finance Minister served the nation well and gave everything in service for the welfare of the people, adding that he gave, so that life would be meaningful for all Ghanaians.

The tributes, he said, would certainly follow the late Prof. Botchwey, and asked: “What legacy will those living also leave behind as politicians, statesmen, public servants, clergymen and family heads?”

Seven wreaths were laid. They were from the government and the people of Ghana, the widow, the children, the family, the church, the NDC and the Agona Asafo traditional authorities.

On behalf of the family, one of Prof. Botchwey’s sons, Edward Andrew Botchwey, thanked the government and the state for the honour done to their late father.
The body of the late Finance Minister was interred in a private burial.