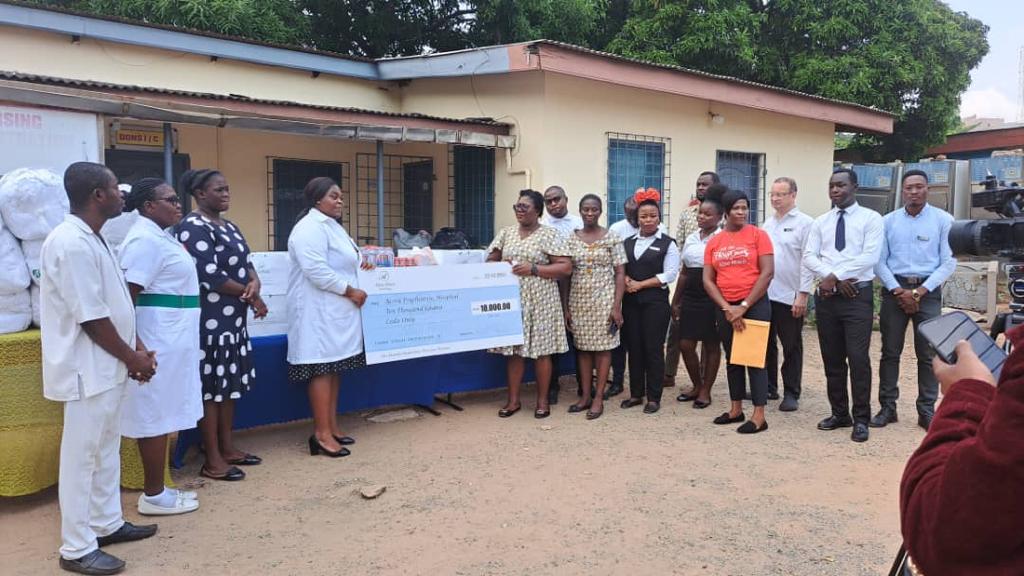 The management of Alisa Hotels has donated GH¢10,000 and some items to inmates at the Accra Psychiatric Hospital.

The items included packed food and linens to help improve the upkeep of the inmates.

The gesture by the company was part of its corporate social responsibility.

The Group Sales and Marketing Manager for Alisa Hotel, Esperanza Adjei who presented the items to the hospital on behalf of the company stated that during the festive season it was important to share love to all persons especially to those who did not have the chance to share it with family.

She explained that mental health was mostly overlooked as an integral aspect of wellbeing in our part of the world thus the company acknowledged the good work of the hospital and had chosen to appreciate and spend time with the inmates and staff in the hospital.

"On the other hand we selected the Accra Psychiatric Hospital to express gratitude for the selfless and dedicated service not only to the community but to Ghana as a whole”, she said.

A Specialist Psychiatrist at the Accra Psychiatrist Hospital, Naa Adoley Botchway who received the items on behalf of the inmates commended the efforts of the group for the benevolent act.

She explained that with over 200 patients on admission with no relatives and some who had been abandoned for years, the donation would go a long way to put smiles on their faces.