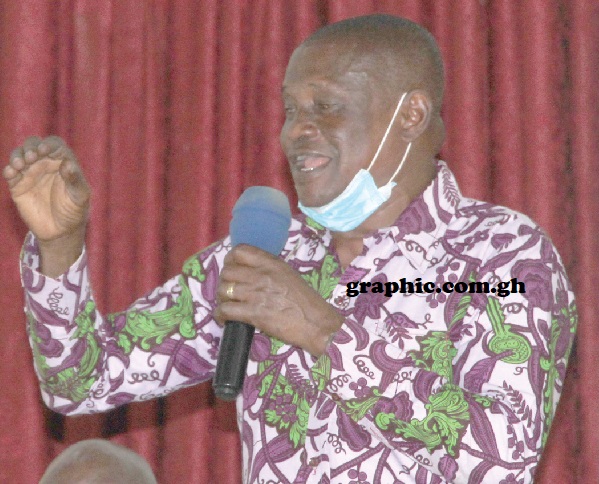 The National Executive Committee of the Ghana Private Road Transport Union (GPRTU) has dissolved the national leadership of the transport union, citing gross violation of the provisions of the union's constitution.

In arriving at the decision at an emergency meeting in Accra yesterday, the NEC accused the National Chairman of the GPRTU, Mr Kwame Kumah, of devising strategies to entrench himself in office beyond the four-year tenure; misappropriation of the union's funds, and "disregard for the directives of NEC".

When the Daily Graphic contacted Mr Kumah for a response, he denied the allegations and described the NEC meeting as illegal and that he would ignore any decisions they claim to have taken.

The Deputy Secretary-General of the Trades Union Congress (TUC), the mother union of the GPRTU, Mr Joshua Ansah, attended the meeting.

The National Advisor of the GPRTU, Mr Ben Kusi, who read out the grounds for the dissolution of the national leaders, said the officers had subverted the constitution of the union by their inability to provide audited accounts for their tenure of office as required by Article 40(a) of the GPRTU constitution.

Additionally, he said, the national officers had failed to organise the union for the quadrennial delegates conference meant to elect new leaders, and had, thus, stayed in office longer than their tenure required in violation of Articles 42 and 13(o).

The NEC also accused Mr Kumah of lodging money belonging to the union in his personal account in disregard of Article 14(a) of the GPRTU constitution.

By the dissolution of the national leadership, it means the officers cannot hold themselves as executive members of the union.

As a stop-gap measure, the NEC named a three-member Interim Management Committee (IMC) to steer the affairs of the union and oversee the national congress scheduled for August 24, 2020, at which new national leaders would be elected.

Giving details of the specific issues, Mr Kusi explained that although the constitution of the GPRTU provided in Article 6(a) that elections shall be held every four years, Mr Kumah failed to respect that provision.

"The national chairman, with the intention to stay longer in office, wrote to the Secretary-General of the TUC seeking extended stay to organise the conference instead of seeking that authority from the NEC as stated in Article 5(a)," he said.

He added that the national chairman failed to activate processes for the conference to take place, including failure to circulate letters to the regional branches to prepare for the elections.

The IMC chairman also said Mr Kumah was threatening court action to stop the conference for the second time, a development he described as a drawback to the fortunes of the association.

He said the administration led by Mr Kumah had been in office for five years without presenting audited reports of the financial records of the union to NEC.

He said although the NEC on many occasions directed the national officers to open an account for the union, they failed to act.

That decision by NEC, he said, was because it had realised that Mr Kumah had been lodging all union money into his personal account.

Mr Kumah said those who called the meeting had no locus to do so.

“In our constitution, it is only the National Secretariat that is mandated to organise NEC meetings so if any other person claims to have called such a meeting to dissolve the national officers, I do not recognise it," he said.

When asked what his response to the other allegations levelled against him was, he said he would respond to them at the appropriate time.