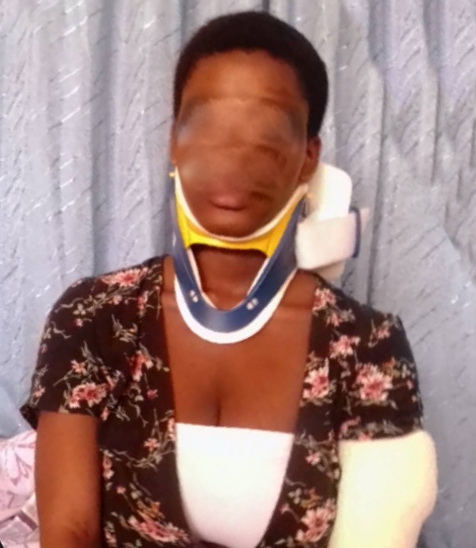 It’s 2:15 p.m. At the Easmon Ward of the 37 Military Hospital, Accra, Rita, 17, sits pensively on her sickbed. She is declared fit to go home, only without permission to leave the hospital.

For more than a week, Rita has been discharged but the hospital has held her for her parents’ inability to settle her bill.

In the hospital’s records, she owes a little over GH₵3,000, which by the hospital’s policy, increases daily by GH₵60 after the first three days of discharge if the patient is unable to settle the bill.

“We have spent all we have. Now we don’t have any more money to pay the bill,” her father lamented.

Rita’s bill is not the only one her parents have to deal with. Their three daughters were involved in a car accident that left Rita with a spinal injury and a broken arm and hip, her younger sister, Theresa, with fractured legs and older sister, Priscilla, with injuries to the head.

While Priscilla has been discharged, Theresa, 15, is still in pain at the St Joseph’s Hospital, Koforidua, as the facility is demanding the full bill of GH₵3,300 for surgery on the legs before doctors take her to the theatre.

For now, her legs are wrapped in POP, hoping they may heal naturally.

“Theresa’s legs are all sore because of the POP but we don’t have the amount they are demanding,” her mother said.

In the circumstance, the hospital has requested Theresa’s parents to take her home and bring her back only when they have been able to raise the amount.

“But we can’t pay the bill of GH₵3,000 for her discharge. If a good Samaritan helps us to pay, we will go home and try herbal medicine,” her mother said.

Currently, the family’s income sources have ceased. Their father is a taxi driver but his taxi has broken down.

Their mother is a petty trader and an evangelist but she is stuck at the St Joseph’s Hospital with Theresa.

“Sir, there is no hope where I am. Help my mother to take me out of here. I plead,” a sobbing Theresa said.

Meanwhile, Rita’s father said her doctors had said she would be reviewed for a possible third surgery, if they found that her spinal injury required it.

The Graphic Needy Fund is appealing to philanthropists to come to their aid.

They may also call the MoMo number or 0302684020 for any arrangement for their donation.