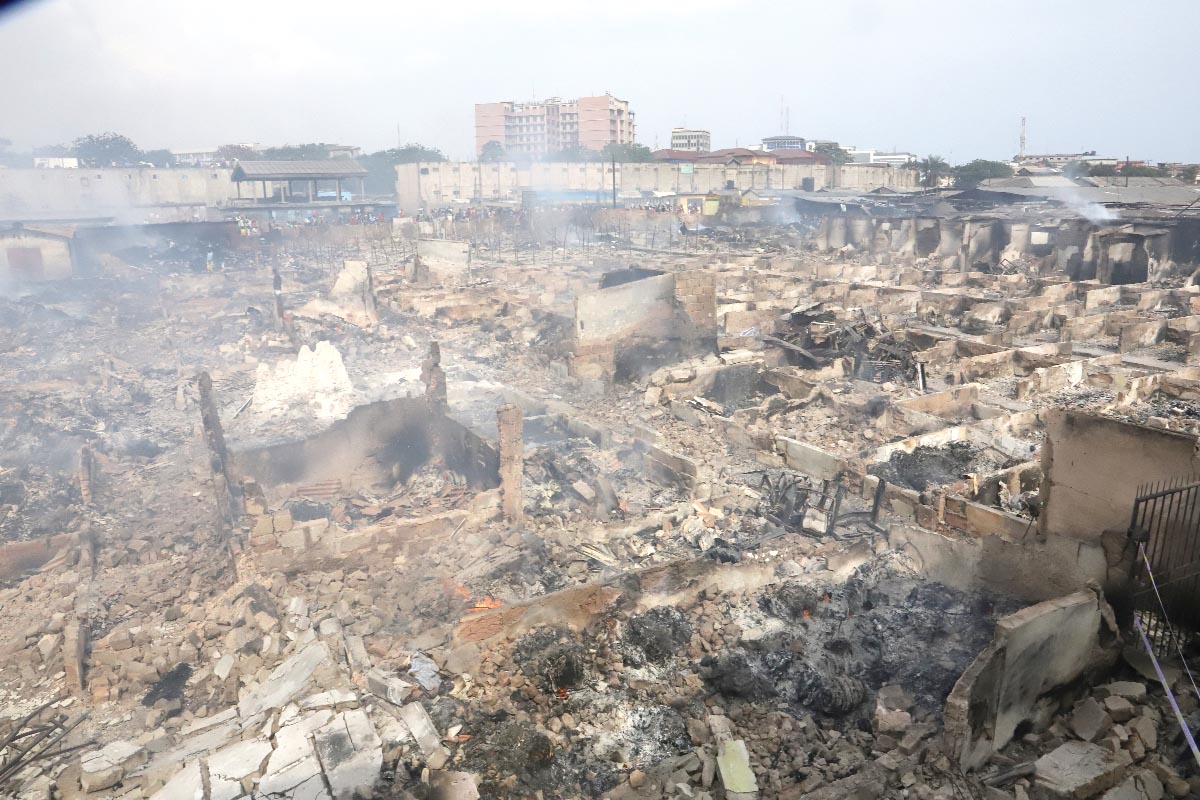 The government has indicated its readiness to support victims of the fire outbreak at the Kantamanto market in Accra last Tuesday night, so that they can restart their businesses.

The Vice-President, Dr Mahamudu Bawumia, who was at the scene of the incident yesterday afternoon to assess the extent of damage and empathise with the traders, described the incident as tragic, sad and devastating.

He said he would meet with the leadership of the traders at his office next Friday to chart the way forward.

“I am calling a meeting on Friday with the leadership of the traders to look into how to rebuild the market and provide them with some initial amount of money on humanitarian grounds, as well as provide them some form of capital to enable them to restart their businesses,” the Vice-President said.

Dr Bawumia informed journalists that the team had come to see things for themselves, adding: “I must say that the situation is devastating; what we have is a human tragedy.”

Dr Bawumia said the government was already in discussions to have the market rebuilt and would consider recommendations from the investigation and incorporate them into the rebuilding process.

For instance, he said, materials to be used in the rebuilding exercise would be those that could withstand fire, unlike the wooden structures they lived in formerly that served as fuel for the fire.

The Public Relations Officer (PRO) of the GNFS, Divisional Officer II Mr Ellis Robinson Okoe, said the service received a distress call at about 11:33 p.m. last Tuesday and immediately dispatched a fire engine to the scene, which arrived at 11.40 p.m.

He said due to the extensive grounds the fire had covered, five more fire engines were dispatched to the scene to add to the three tankers from the Ghana Armed Forces, while personnel from other security forces provided protection.

Mr Okoe said the fire was brought under control by 5 a.m. yesterday, even though there were still pockets of fire in some of the shops.

Even though no casualties were recorded, he said, in the final stages of fighting the fire a scavenger who had entered an area of scorched remains of burned-out shops collapsed and sustained some bruises but was rescued.

The PRO of the GNFS said second-hand clothing, sewing machines, food items and many other commodities worth millions of cedis were destroyed.

He added that the service was yet to commence investigations into the cause of the fire. 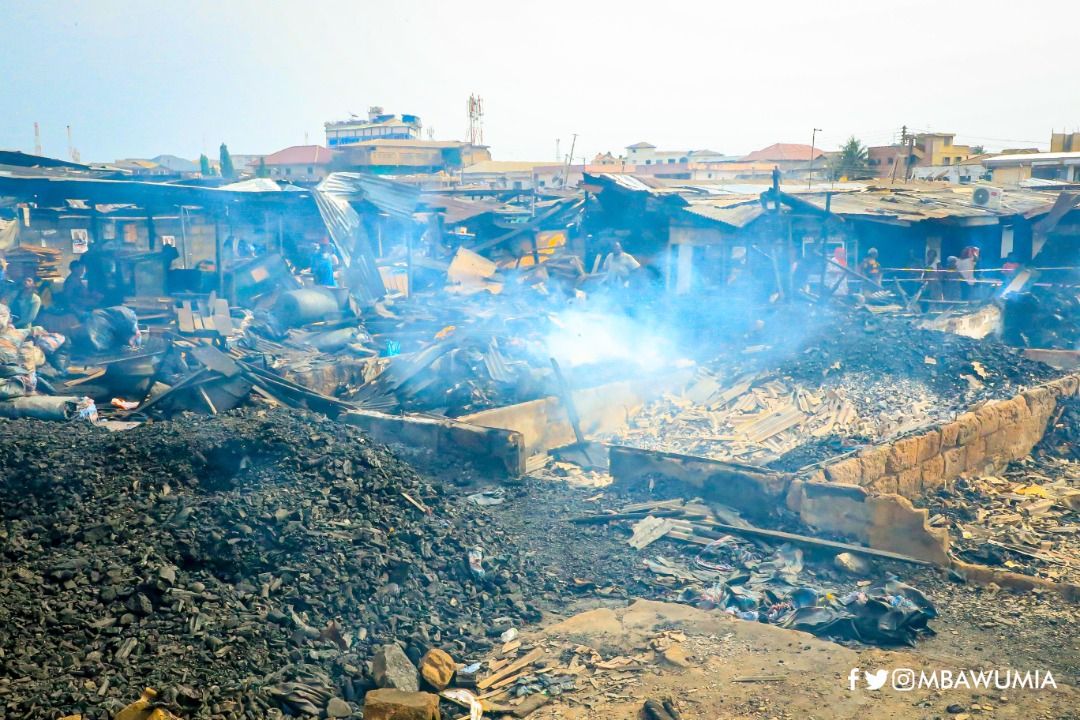