Ofankor - Nsawam road being repaired in time for Christmas 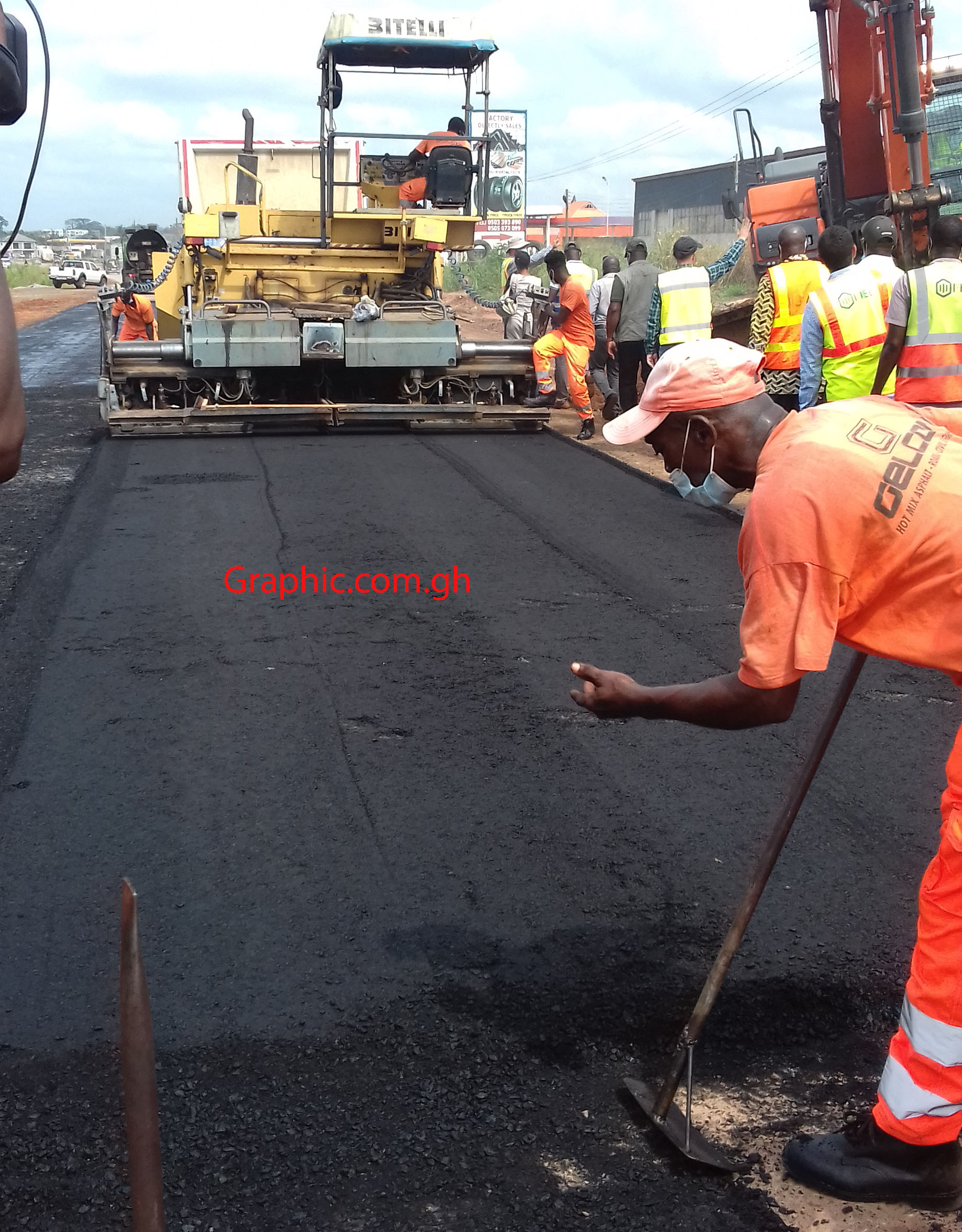 The Minister of Roads and Highways, Mr Kwasi Amoako Attah, has charged contractors carrying out rehabilitation works on the Ofankor-Nsawam road to complete the works within the next two weeks.

Repairs on sections of the road are being undertaken to reduce the heavy vehicular traffic on the stretch as the Christmas season approaches.

Mr Amoako Attah inspected progress of work Wednesday [December 16, 2020] and tasked the contractors to consider working night shifts too in order to get the works completed before the year ended.

"These are minor works and we are doing them because we expect to have heavy traffic from now to Christmas and the end of the year. Since this road is one of the busiest in the country, it is pertinent that sections of it that are in disrepair are put in good order," he said.

Mr Amoako Attah said because the Ofankor-Nsawam stretch of the Accra-Kumasi road carried the highest volume of vehicles, there was the need for the contractors to work expeditiously in order to avoid unnecessary traffic build up.

"In as much as we are trying to improve road conditions, it is our duty as a government not to inconvenience the people unnecessarily. I have the confidence that the contractors will do a good job," he added.

The Daily Graphic accompanied the minister on the inspection tour and observed that portions of the road were being asphalted, while other sections were being levelled.

In an interview, the Resident Engineer on the project, Mr Bernard Owusu, said 15.5 kilometres of the road was being undertaken by Maripoma Limited and entailed reshaping the nine underpasses beneath the four-tier flyover.

"We are also reconstructing the existing carriageways into three lanes on either side and a two-lane service road on the outer, as well as repairing sections that are deteriorated,” he added.

He said because several sections of the main road were very bad, there was always heavy traffic jam.

“We are fixing the bad sections in preparation for Christmas and in order for traffic to flow freely. After the Yuletide, work will be concentrated on the main carriageway, but we’ll first do the service roads and move traffic onto them," Mr Owusu said.