Government not against small scale mining but… Prez Akufo-Addo

BY: Isaac Yeboah
Category: General News
President Akufo-Addo and other officials at the event being introduced to the workings of the new equipment
30.5k Shares

President Akufo-Addo on Monday reiterated that the government was not against small scale mining in the country.

What the government abhorred, was the irresponsible manner some carry out their activities, which impact the environment negatively.

President Akufo-Addo was speaking at the Independence Square in Accra where he commissioned 100 mercury-free gold processing equipment suitable for small scale gold mining.

The equipment, also known as Gold Katcha, is said to be very efficient as it recovers 90 percent of gold from the ore, and according to the President, it offers "small scale miners much more gold than they would have obtained from the traditional method of using mercury.” 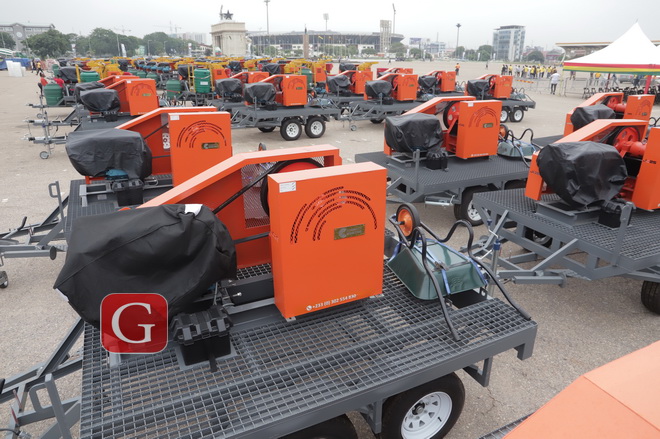 President Akufo-Addo described the introduction of the equipment as an “important milestone” in government’s determination to end mining practices, including the use of mercury, that impact the environment negatively.

He said government intends to procure 300 more of the equipment under the National Alternative Employment and Livelihood Programme, to support responsible small scale mining in the country, explaining that while the mining sector is a major contributor to national revenue by way of taxes, and while small scale mining 40 per cent of Ghana's gold exports, mining is also noted to be a major contributor to environmental degradation.

President Akufo-Addo indicated that some of the 100 Gold Katcha had already been given to some Community Mining Schemes and the Association of Small-Scale Miners for use in their activities.

The President said "banning small scale mining is not the solution" to fighting environmental degradation, but he believes "small scale mining can and should be done responsibly," and assured that the government will not relent in efforts to flush out illegal miners and others whose activities destroys the environment.

"The Akufo-Addo government is not against small scale mining", he stressed, and explained that the government is rather against "any form of mining that pays no heed to the preservation of the environment, and which threatens our very survival and the legacy we seek to bequeath future generations.”

He said as a country and a signatory to the Minamata Convention on Mercury; the multilateral environmental agreement that addresses specific human activities known to contribute to the widespread mercury pollution, "We owe it a duty to protect the environment," and added that it is government's intention to eliminate gradually, but as soon as possible, the use of mercury in small-scale mining in the country. 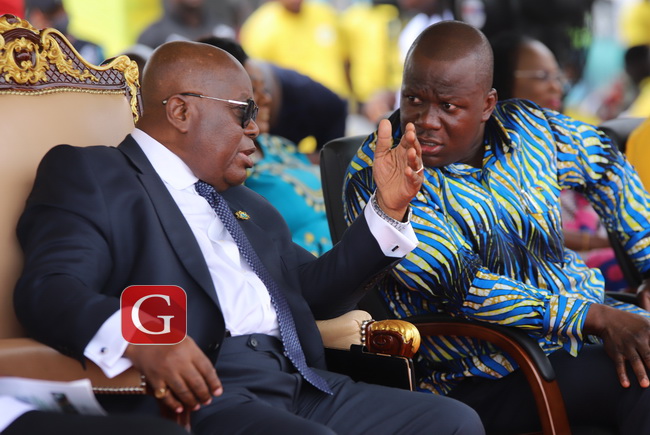 The Minister for Lands and Natural Resources, Samuel Abu Jinapor who outlined a number of steps taken by the Ministry to combat illegal mining and its degradation of forests and water bodies, including banning the production and sale of changfang said the Inspectorate Division of the Forestry Commission had been retooled and resourced to better undertake their responsibilities.

He said while the government had put in a lot to deal with the challenges associated with small scale mining, a lot still remains to be done to win the war against perpetrators of illegal activities.

“Let us face it, what we are dealing with is gold, which is money. Thus, those involved, both the gold barons, foreigners and Ghanaians alike, who finance this illicit business from the comfort of their mansions, and the “goro boys” on the ground, would not relent in their efforts," he said, assuring however that neither will the government relent in ensuring that the small scale mining sector is wholesome.

Ghanaian company Commodity Monitor Limited, which introduced the technology says it is a game changer in saving the environment from toxic mercury contamination, and improving the operations of small-scale miners. The equipment does mechanical scrubbing, crushing and milling at the same time as the concentrator washes the ore and recovers both fine and coarse gold.