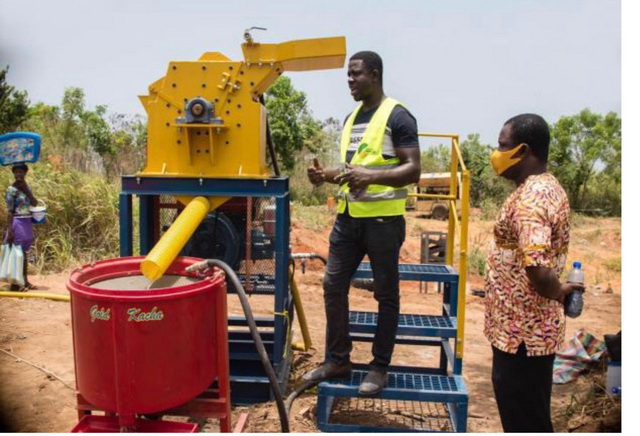 Government has approved and procured a mercury-free mineral processing technology for small scale and community mining programmes to create sustainable jobs and protect the environment, the lives of the miners, the communities and the entire citizenry.

The technology would lead to the complete elimination of mercury from the country’s small-scale mining, which affects the entire mining ecosystem.

The new technology introduced by a Ghanaian company, Commodity Monitor Limited, is to improve the operations of small-scale miners, improve gold recovery to more than 90 per cent and save the environment from toxic mercury contamination, which negatively affects the environment and aquatic life.

Additional 100 units
The sector regulator and government have made a commitment for the procurement of additional 100 units of the technology for community mining areas across the country. This has the potential to create thousands of jobs for young people that are into artisanal and small-scale mining.

The mining plants are supplied as fully comprehensive modular solutions from ore through gold ore or bagged mineral concentrates without using mercury. 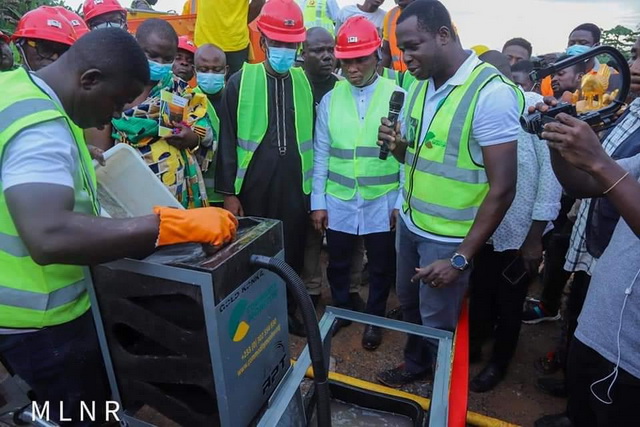 It has the capacity to do mechanical scrubbing, crushing and milling at the same time as the concentrator washes the ore and recovers both fine and coarse gold.

At the moment, the Minerals Commission has procured some quantities and deployed them to Ellembelle, Tinga, Tarkwa, and Kade, and the intervention has received an overwhelming endorsement from the miners in the sector.

Effects of mercury
Speaking to the media after demonstrating and handing over the technology to community miners at Akoon, a mining community in the Tarkwa Nsuaem Municipality, the Chief Executive Officer of Commodity Monitor Limited, Mr. Stephen Yeboah, said the use of chemicals in mining at any level does not affect only those directly involved but also the larger society.

He said the uncontrolled use and exposure to mercury in artisanal and small-scale mining remains a major worry. Mercury puts miners and their communities at risk of impacts from permanent brain damage to seizures, vision and hearing loss, and delayed childhood development. 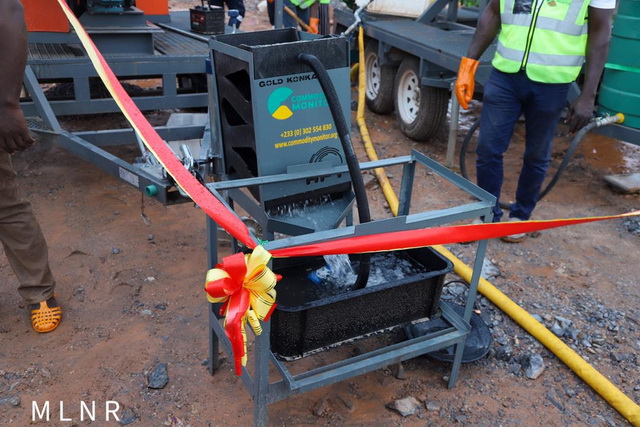 These irresponsible mining activities, he said are also a threat to the country’s forest resources and natural landscapes, saying, “In 2018 alone, the country saw an alarming 60 per cent decrease in primary rainforests. This was the highest percentage of rainforest loss of any tropical country.”

Soil in rivers
Mr Yeboah said unsustainable and illegal mining is one of the key drivers for the destruction of forests and river bodies and that an analysis of soil in the Pra River Basin covering the South Western part of the country revealed deteriorating quality in the soil and water resources.

The technology, he said, has the capacity to process sand, clay and hard-rock and that the modular nature of the mining machine design allows for different modules to be added to expand the plants as the need arises.

“This allows miners to gain a return on investment as the miner expands, the facility was made to specifically remediate mercury contaminated areas, recovering significant quantities of gold in the process,” he said.

“This has left extensive levels of mercury in tailings in both mining and non-mining communities. In mercury mining districts, soil can become heavily polluted due to the extensive nature of mining and refining activities,” he said.

“The truth with the introduction of the new technology is that, those young people interested in mining under the community mining programme or those with concessions can now mine without the use of chemicals and achieve high gold recovery too,” he said.

Aquatic life
In most areas where chemicals are used for mining, the uncontrolled and inefficient use of these chemicals ensures they find their way into communities, affecting aquatic life.

Given the challenges and negative effects of these chemicals, he said the government is making a conscious effort to ensure that the teeming youth were not banned forever from mining, “but are given a new lease of life and supported with other equipment to mine and mine responsibly.”

He said they are ready to support and make the machine available to those interested in mining and have acquired concessions with all the support they needed to succeed.

Welcomed by EPA & Small-Scalars
The Regional Director of the Environmental Protection Agency, Mr George Diawouh commended the intervention by government through the introduction of the new technology that eliminates the use of mercury and other toxic chemicals.

For his part, he President of the Small Scale Miners Association, Mr Alhassan Abdule Razak, welcomed the innovation and said that the introduction of the new technology would greatly save the environment.

“We will be having discussions with the company in charge of the technology to see how we can have it in all the mining regions of Ghana. The new equipment came with a crusher, a mill and a smoother,” he said.

Mr Razak said the whole essence of the technology is that, one no longer needs to mine rock-bearing ores, hire people to use sledge hammers to crush the rocks at one place and then carry it to another location for milling plus other processes to recover the gold.