The West African Examinations Council (WAEC) says it has put security measures in place to ensure the sanctity of the ongoing West African Senior School Certificate Examination (WASSCE) whose written papers began in the country yesterday[August 22, 2022].

The measures include the serialisation of examination questions, collaboration with the National Intelligence Bureau (NIB) to monitor the printing of question papers and the use of number combination padlocks, in addition to ordinary padlocks, for all security bags containing question paper packets.

Others are working closely with some security agencies to track and arrest dealers and operators of rogue websites, the inspection of all depots nationwide and fortification of those that needed to be fortified, ensuring uninterrupted movement of question papers from strong rooms to depots and the creation of additional depots located close to schools to ensure that question papers do not arrive late and are released to candidates early.

The Head of Public Affairs of WAEC, Agnes Teye-Cudjoe, who addressed the media in Accra yesterday, mentioned the rest of the measures as "issuing of question papers not earlier than 45 minutes before the start of each paper and enhanced inspection of malpractice-prone centres”. 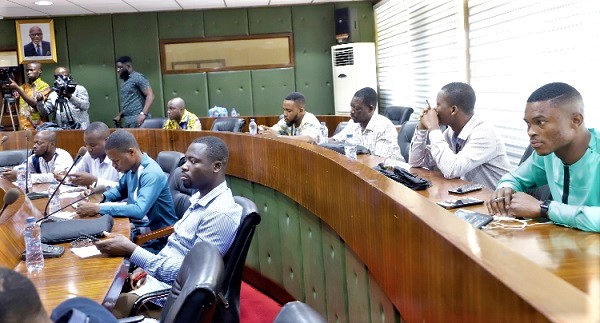 “There will also be naming and shaming of schools that engage in malpractice to serve as a deterrent to others, as well as correspondence to the Director-General of the Ghana Education Service regarding reports received from concerned citizens about the collection of money and plans by certain schools to cheat.

“There will be continued surveillance of these schools by the council's team of inspectors and security persons in the course of the examination," Ms Teye-Cudjoe added.

She, therefore, urged supervisors and invigilators to be guided by the rules of the examination by being vigilant and also refrain from taking their mobile phones into examination halls, saying: "They should not be agents of malpractice, as unfortunately as is the case sometimes."

She further called on the media to refrain from putting out unverified information on the conduct of the examination.

"Let us be careful not to create unnecessary fear and panic among candidates in particular and society in general. This could send wrong signals on the conduct of the examination to the international community," Mrs Teye-Cudjoe said.

In all, 775 centres are being used for the examination, with 60 subjects involved, comprising four core and 56 electives for candidates to choose from.

There would also be computers for use by candidates with cerebral palsy and those who are not blind but cannot read, she added.