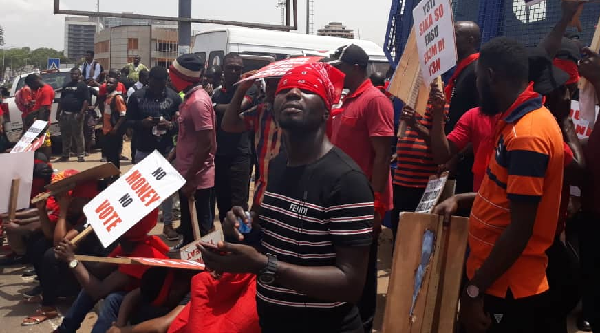 Some members of the defunct Menzgold have reiterated their call for the government to assist them to retrieve their locked up monies.

They staged a protest march on Monday, [September 12, 2022], and called on the presidency to come to their aid over their locked-up monies

Spokesperson of the group, Fred Forson said many efforts made towards the retrieval of their monies have been unsuccessful.

“It is exactly four years since Menzgold was collapsed and for four years, we have done whatever we could but it appears there are no results. So this time around, we want to petition the president for a presidential intervention.”

The group also petitioned Parliament to form a committee to probe further the matter and also take charge of the seized assets of the owner of Menzgold, Nana Appiah Mensah.

Receiving the petition on behalf of the government, the Director of Operations at the Presidency, Lord Commey said the President will listen to them in good faith.

The Securities and Exchange Commission (SEC) ordered Menzgold to suspend its gold trading operations in 2018.

The SEC said Menzgold was operating without a license to deal in the purchase and deposit of gold collectibles from the public and issuing contracts with guaranteed returns with clients.