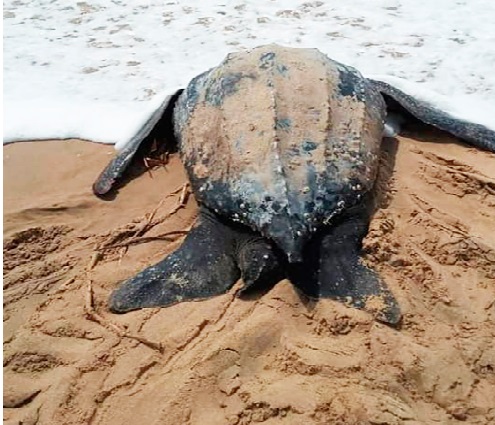 The World Wildlife Fund (WWF) has warned that the continued decline in sea turtle populations will have serious economic consequences, particularly for coastal communities in developing countries.

It said sea turtle populations were declining in areas where they were exploited, and rising or stable where they were not, and so it would require the world to act urgently to address the global environmental crisis.

“Marine turtle tourism brings in almost three times as much money as the sale of turtle products such as meat, leather and eggs. The worldwide decline in sea turtle populations jeopardises jobs, tourism and coastal economies, especially in developing countries, two thirds of which have sea turtles,” it said in a study released in February 2021.

The study by the WWF, dubbed: “Global Futures: Assessing the Global Economic Impacts of Environmental Change to Support Policy-making”, calculated the economic cost of nature’s decline across 140 countries.

As the first study to assess the economic value of sea turtles on a global scale, it compared the revenue generated from killing turtles or collecting their eggs with that generated from tourism at a total of 18 sites in Africa, Asia, Latin America and the Caribbean.

"Developers, politicians and community leaders should start to see marine turtles as a valuable asset, generating revenue and jobs. Tourism and turtle protection may, in fact, increase their economic value," the study said.

In an interview, the Chief Executive Officer of the centre, Mr Rex Bright Mawunyo Adzagba, said the predation of turtle eggs was a major threat affecting sea turtles in the eastern beaches of Ghana.

“Turtle eggs can be protected in a hatchery until the eggs hatch and are ready to be released to the ocean, thereby increasing the population of sea turtles.

“The cost of a single hatchery is $1,500. Our goal is to build four hatcheries with each potentially saving millions of turtles in five years,” he said.

He said the existing hatchery was small, not up to standard, and was also impacted by sea erosion and tidal waves.

“Currently, there are 33 nests in our hatchery with approximately 5,000 hatchlings (baby turtles). We need to build new, durable and sustainable hatcheries to save millions of turtle eggs from predation,” he said.

According to Mr Adzagba, turtle hatcheries were not sanctuaries or zoos, but were used or should be used only when natural nesting conditions such as flooding, erosion and predation threatened.