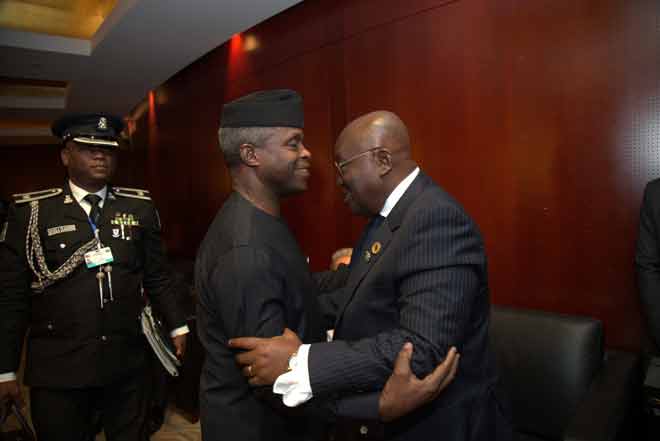 President Akufo-Addo with the Vice President of Nigeria, His Excellency Osibanjo Follow @Graphicgh

President Akufo-Addo was given this award at the opening ceremony of the 29th Ordinary Session of the Assembly of the African Union, which is currently on-going in Addis Ababa, Ethiopia. 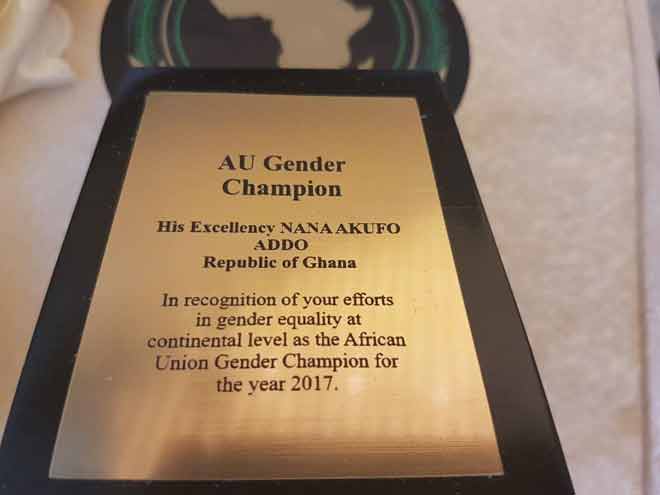 In making the announcement, the President of Guinea, His Excellency Prof. Alpha Condé, who is also the Chairperson of the African Union, explained that the decision taken by UNECA to confer this award on President Akufo-Addo is “in recognition of your efforts in gender equality at continental level.”

It was for this reason that UNECA, therefore, named President Akufo-Addo as “the African Union Gender Champion for the year 2017.”
Prior to the receipt of this award, the President had, earlier this year, been appointed as Chairperson of the AU’s Committee on Gender and Development, by the AU Chairperson, President Alpha Condé.

It will be recalled that in his visit to Guinea on 18th May, 2017, President Akufo-Addo thanked President Condé for the appointment and stated that ”the Ghanaian people are honoured by your designation of me as Chair of the AU’s Committee on Gender and Development. I am grateful, and wish to assure you that I will discharge my responsibilities to the very best of my abilities.” 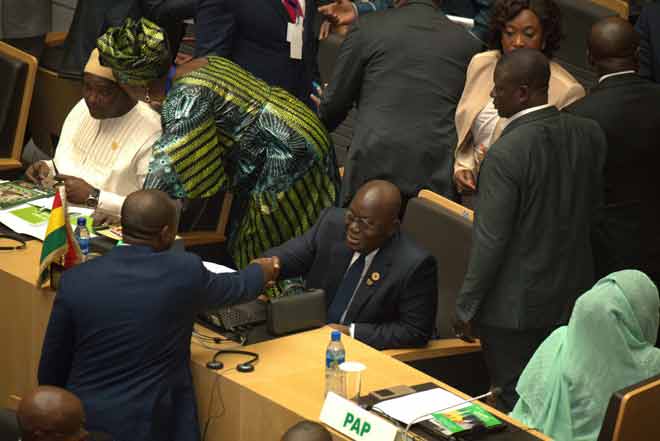 President Akufo-Addo is currently participating in the AU meeting of Heads of State, which is taking place under the theme, “Harnessing the Demographic Dividend through Investment in the Youth”.
Issues being discussed include: institutional reforms of the AU; roadmap of practical steps to silence guns in Africa by 2020; the Continental Free Trade Area (CFTA); and the implementation of Agenda 2063 – “The strategic framework for the socio-economic transformation of the continent over the next 50 years”.

It will be recalled that at the 28th AU Summit, African leaders signed up to the Continental Free Trade Area (CFTA) agreement, whose purpose is ensure significant growth of Intra-Africa trade, as well as assisting countries on the continent use trade more effectively as an engine of growth and for sustainable development.

The CFTA will, amongst others, reduce the vulnerability of the continent to external shocks, and will also enhance the participation of Africa in global trade as a respectable partner, thereby reducing the continent’s dependence on foreign aid and external borrowing.

That meeting also agreed on new, adequate, predictable and sustainable ways of financing the African Union, so as to be able to achieve its desired objectives. The African leaders present agreed that the constant resort to external funding means that the AU would be susceptible to external influences. Self-sustaining mechanisms, they said, have to be developed to demonstrate Africa’s commitment to its regional objectives and agenda.

Also, the Heads of State considered proposals from the AU Reforms Committee, headed by President Paul Kagame of Rwanda, aimed at reforming the continental body, so as to make it more relevant to the needs and aspirations of the African peoples. 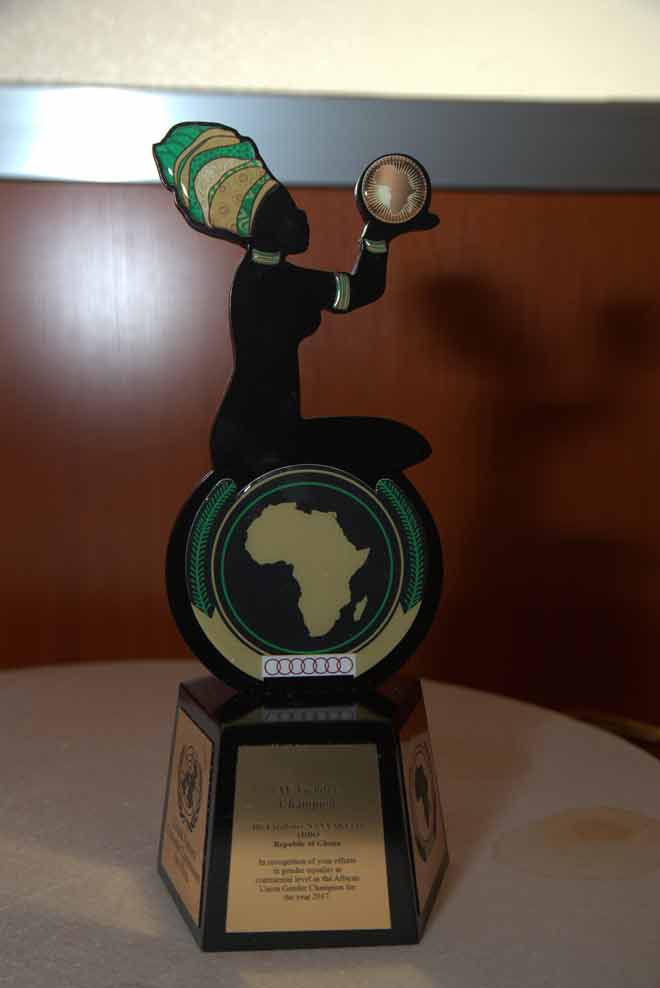