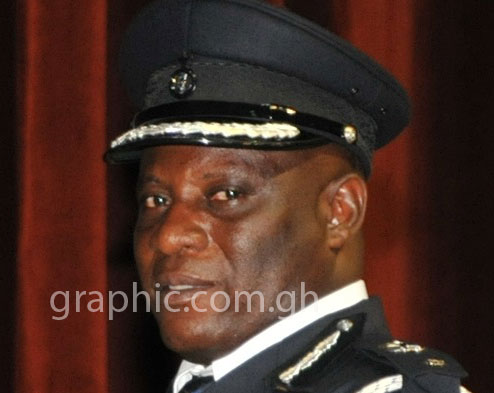 Three suspected armed robbers said to have specialised in the use of motorbikes to rob residents of  Accra New Town and surrounding communities in Accra were on Friday night killed by the police in a shootout.

The robbers were identified as Awudu, Richy, popularly called Bad Boy, and Biggy.

The suspects, who were armed with pistols, were killed when they attempted to rob a drinking spot at New Town at 9:25 p.m. on Friday.

According to the Accra Regional Police Commander, Deputy Commissioner of Police (DCOP) Mr Christian Tetteh Yohonu, the robbers, who were riding unregistered motorbikes, were wounded after they had engaged a police patrol team in a shootout but they died when the police were carrying them to hospital for treatment.

Some residents of New Town who witnessed the shootout claimed the three victims were not armed robbers.

Speaking to the Daily Graphic, a 34-year-old woman (name withheld) said the three men were unarmed when the police shot them.

"l had just finished eating and decided to come out for fresh air outside. Five minutes later, the police came in their patrol vehicle and immediately fired at the three men who were just coming from the bar," she said.

A technician who claimed to have spotted the three men earlier before the shootout said although the victims looked suspicious, “the shootout happened so fast that I could not see whether the victims were in possession of weapons or not”.

According to the police, the three suspected armed robbers were ex-convicts.

Awudu had a tattoo on his hand which read, “Wuankoa  Wundi”, which literally means ‘if one does not work, one cannot earn income”.

The police said Awudu had been arrested by the police for robbery before and subsequently jailed but was later released under the Justice for All programme.

They said Richy was one of the two armed robbers who had been arrested together with John Beverdan, popularly called Dead Story, for allegedly robbing a former Defence Minister, Mr Albert Kan-Dapaah.

Richy had been granted bail, but his colleague was jailed 10 years.

Biggy, who was said to be the gang leader, according to the police, was the brain behind motorbike robberies in the area.

He was jailed for his involvement in a robbery case in Accra and was released after serving his term.

After receiving several complaints from some residents of New Town, Mr Yohonu said, the police intensified their patrols in the area.

They also received reports that residents of Kotobabi, North Kaneshie and Dzorwulu had been robbed on several occasions by unidentified men who usually used motorbikes.

In the night of Friday, April 12, the police said they received a tip-off that three armed robbers had attacked a drinking spot at New Town.

The police responded to the distress call, but as soon as the robbers saw the police patrol vehicle approaching, they opened fire on the police.

Mr Yohonu said the police returned fire and, in the process, the robbers were wounded and later died when they were being conveyed to hospital.

He said the three robbers had been identified to have killed a Japanese some months ago.

Mr Yohonu also recalled that a lady had been killed at the Emmanuel School in Accra by the same three armed robbers.

He said because the armed robbers had realised that the police had good patrol vehicles to chase them, they had now resorted to the use of motorbikes to conduct their operations.

“We have also introduced the use of patrol motorbikes to chase suspected armed robbers who use motorbikes,” he said.