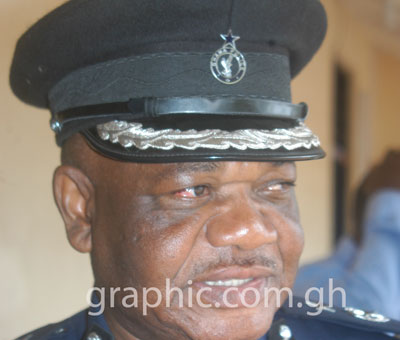 One hundred and twelve students of the Commonwealth Hall of the University of Ghana, Legon have been granted self-recognisance bail after they had organised a float and a march on Saturday in defiance of  the Public Order Act.

The police decided not to prosecute the students after the Students Representative Council (SRC) of the university had apologised and written an undertaking to comply with the Public Order Act in future.

According to the Public Relations Officer  (PRO)  of the    Accra    Regional  Police    Command,    Deputy   Superintendent of Police (DSP) Mr Freeman Tettey, the data and other information on the students were taken before they were released.

A number of students of the Commonwealth Hall massed up at the Tetteh-Quarshie Interchange to organise a float as part of activities to herald their Hall Week celebration.

The Legon and the Airport police dispatched personnel to prevent the students from carrying out their intended activity because it was against directives to restrict such activities to the university campus.

In the process, 112 of the students were arrested for allegedly breaching the Public Order Act.
However, the President of the Legon SRC, Mr Edmund Kombat, who is also a member of the Commonwealth Hall, said the march was part of activities to herald the Hall Week celebration.