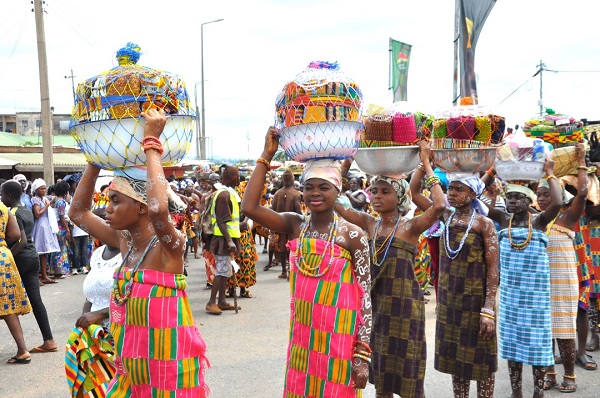 The streets of Ho last week Saturday dazzled with colours of wealth and jewellery, an exposition of rich culture and a display of royal elegance when the chiefs, queens and their subjects took part in a long procession to the Jubilee Park to round off their Te Za (Yam Festival).

Among the large gathering was former President, John Dramani Mahama.

He entreated the people of Asogli to remain united and consider producing yam for large exports.

The former President said that could help to improve the fortunes of the area.

He touched on the chieftaincy institution and said it was relevant today as it was in the past because of its vital role in governance. 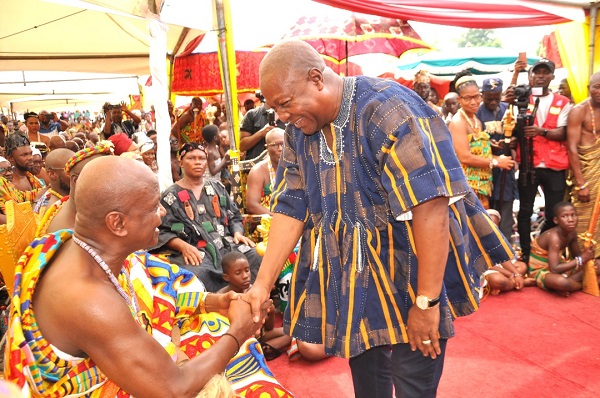 He commended the people of Asogli for their strong resolve to uphold the peace and remain united always, saying that was an important requirement for progress.

The celebration was on the theme: “Let’s eschew greed, and unite for peace and development.” 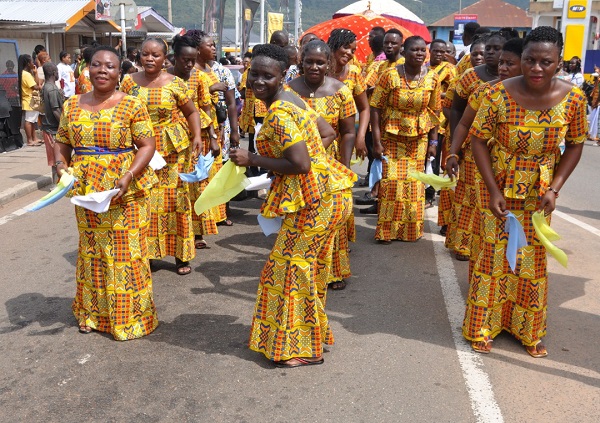 The Agbogbomefia of Asogli, Togbe Afede XIV, urged Ghanaians to sacrifice part of their sleep and work hard with honesty and integrity for wealth. 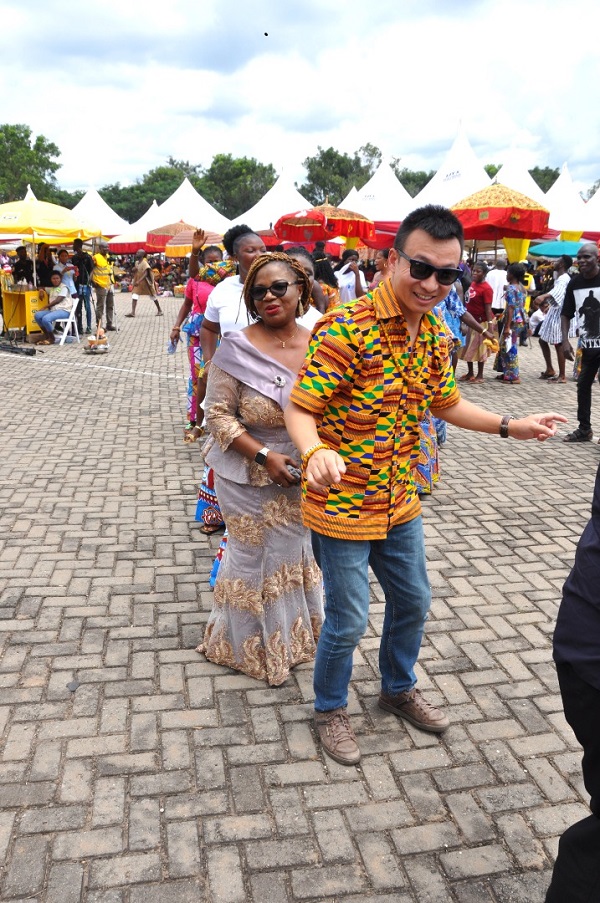