A number of reasons, including conspiracy theories, have been given as the causes of Ghana’s present economic crisis.

The crisis is mainly financial, and some people believe that the government’s bad policies are responsible.

Some held that a secret conspiracy by the Akufo-Addo government was the cause of the economic crisis.

What was wrong with the Ghanaian economy?

The value of the Ghana currency, the cedi, was at a manageable level and Ghana’s import cover, in terms of external reserves, was for four months.

COVID-19 was detected in Ghana in March 2020 and began to spread rapidly.

The government had no other choice than to emulate solutions that had been successfully applied in some parts of the world.

Certain emergency measures were, therefore, taken to control the spread and reduce infections and deaths.

A lockdown means restriction of movement of people in particular areas, especially in towns and cities for a number of weeks to halt the spread of the pandemic.

Public and private businesses which attracted large numbers of people were closed down.

These included hotels, holidays and tourist attraction spots and beaches.

Land, sea and aerial approaches into the country were restricted or closed for months.

The effects of these measures led to the economy going into recession in the second quarter of 2020 with a negative growth rate.

Economic growth for the third quarter was also negative.

It was in December 2020, that the economy came out of recession with a small fourth-quarter growth rate of 0.4 per cent.

The Discovery of a number of vaccines and their use started in late December 2020 and helped to reduce COVID-19 infections and deaths worldwide and in Ghana in 2021.

Ghana continued to relax COVID-19 restrictions and that enabled the economy to record an over five per cent economic growth rate for 2021.

On February 24, 2022, the Russian Federation invaded Ukraine, a neighbouring country, without notice with numerous tanks and aircraft.

The war, now in its seventh month, stopped the export of grains such as wheat, rice, maize, barley, cooking oil and fertilizer from Ukraine.

Ukraine and Russia's supplies to the world market are about 40 per cent of fertiliser and 30 per cent of wheat.

Global prices of commodities rose astronomically because of the disruption in supplies.

By early 2022, global crude oil prices were around 70 dollars a barrel.

Prices rose to above $130 a barrel within a few months because of the Ukraine-Russia war, European Union economic sanctions against Russia and the failure of the Organisation of Petroleum Exporting Countries and partners (OPEC+) to raise their crude oil output to the pre-COVID-19 pandemic levels.

High inflationary trends have compelled the International Monetary Fund (IMF) to reduce the 2023 global economic growth forecast to 2.9 per cent from 3.6 per cent. 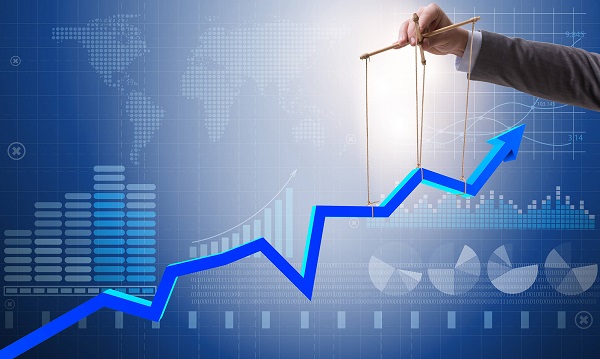 Ghana is not an Island outside the earth planet.

It has been and is being affected, by global economic shocks, as shown by the list of economic growth indicators presented earlier.

The high inflation in Ghana was the result of high prices of crude oil and other products on the world market.

The cost of bread moved up because of the high prices of wheat and fertiliser on the global market.

From the foregoing, the following questions arise: what are the causes of high prices of petrol, LPG, etc on the Ghanaian market?

Why have prices of bread, kenkey and other food items gone up in Ghana since February 2022?

“Ghanaians, like everybody on this planet, have been hurt by exogenous shocks.”

She named the exogenous factors as: “first the pandemic, then the Russian was in Ukraine.

“We need to realise that it is not because of bad policies in the country but because of this combination of shocks and, therefore, we have to support Ghana.”

Former President John Mahama, in reacting to the IMF Managing Director’s assessment of the Ghanaian economic crisis and the root causes of it, has said that the factors are bad policies of the Akufo-Addo government.

In a Facebook post, Mr Mahama said the IMF chief was diplomatic about the truth of the situation in Ghana.

“The incontrovertible fact is that Ghana is in a mess due to the BAD POLICIES of this government which have contributed massively to the dire state of affairs.

“International diplomats must consider these facts and not just ignore them, lest they make the wrong diagnosis and prescribe inappropriate remedies,’’ he added.

Mr Mahama mentioned other reasons for Ghana’s current economic problems as “unbridled level of corruption and unconventional borrowing practices riddled with opaqueness and conflict of interest, resulting in an unsustainable debt envelope and costly experimental and untested programme”.

In a discussion with the American Ambassador to Ghana, Virginia E. Palmer, the former president also ascribed the economic crisis in Ghana to the banking sector clean-up and government misappropriation of COVID-19 funds that were allegedly shared among party officials.

Mr Mahama has made serious allegations against the government which have not been substantiated or proved.

However, the records have shown that the alleged irregularities have not been the cause of Ghana’s financial crisis.

It is true that huge debts have blocked the country’s access to the international financial market. The debts are awaiting rescheduling by the IMF.

However, Mr Mahama of the National Democratic Congress (NDC), contributed largely to the creation of the huge debts.

When his attention was called to the mounting debts, I heard Mr John Mahama on radio and television, saying: “I will borrow more”.

After Nana Akufo-Addo of the New Patriotic Party (NPP) took over power in January 2017, he was reported stating in the mass media that his government also had to borrow more money because of the high debts inherited from the previous administration.

He added that his government would use the borrowed money to pay the interests and principals of the debts and to support the economy.