What is the state of the nation? 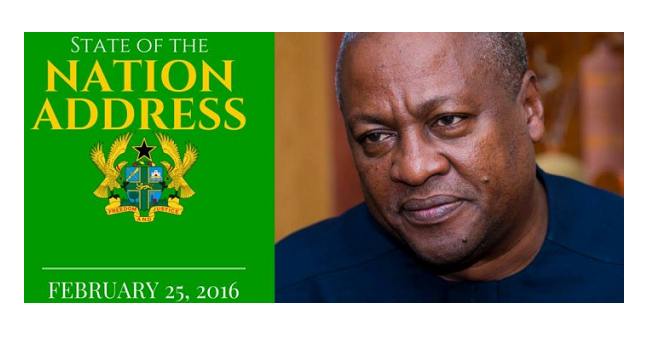 During electioneering, political parties promise an easy life for people if elected. They would provide free schools, better health services and good infrastructure and services to maintain and establish new industries in all regions. Follow @Graphicgh

Soon, the State of the Nation’s addresses will begin.  As I wrote two years ago, it is usually an occasion for the serving President to tell us what good the government has done and what it will do to make life better for everyone.

We are cajoled to be happy, presented with a middle-income status in a nation of plenty, with uncoordinated efforts to improve life for all citizens.  Hardly, any attempt is made to stress the responsibility of the people and the hard work expected of them for national progress and individual well-being.

I believe that without the understanding and involvement of the people, the government will not be able to take the many difficult decisions leading to measures which will truly lead to economic growth, greater employment and better life for citizens. During electioneering, political parties promise an easy life for people if elected.  They would provide free schools, better health services and good infrastructure and services to maintain and establish new industries in all regions.

There is little or no public discussion on robust planning and sacrifice for the financing of these services and projects.  Eventually, the country finds itself borrowing more than it can afford or digest and is compelled to take the begging or assistance bowl to international financial institutions and bilateral donors.  No amount of double talk can disguise the financial discomfiture of the government and people.  The only way out of this perennial problem is to be more frank with the people and even take measures which are not immediately popular.

We can learn out of our own history.  Dr Kwame Nkrumah instituted a free compulsory basic education because that was a basic necessity.  The funds and teachers were not immediately available. Arrangements were made for a modicum of teachers and finance to be available.  More importantly, the people were made involved by asking them to agree to the cutting of unnecessary imports.  It was a necessary policy issue which was not vigorously pursued as it should have been.  The formidable learned people in the main opposition party opposed the measures and exploited its unwelcome effects.

It can, however, be argued that the policy provisions were not sufficiently and vigorously explained.  Similar measures about import cuts taken during the Acheampong regime show that the people can rise up to the occasion when convinced that difficult measures can lead to better times and strengthen independence.

A measure which is generally forgotten is the Development Levy instituted by President Nkrumah.  Employed Ghanaians paid not only income tax but a development levy.  This extra tax brought it home to the people that they were responsible for the development of the new nation.

Looking back, I believe that the development levy was not sufficiently explained and popularised.  Value Added Tax (VAT) and other levies outside income tax are necessary but they do not immediately bring home the contribution and, therefore, the responsibility of the citizen and concern for the use of resources.  A Development Tax should make the individual realise that he or she is responsible for the economic and social development of the nation.  The contributing citizen will then take more interest in the use of his or her contribution.  In particular, the paying Ghanaian will then be more incensed about corruption in the disbursement of funds for development in particular and in pilfering by servants of the state in high places.

Good education is necessary for true understanding of the world economy which affects Ghana.  Education should, therefore, be expended not by making it free (even though citizens should not be deprived of it because of lack of money) but by ensuring that it is effective.  Ghanaian graduates of junior high schools (JHSs) should be able to read English to understand what is happening to the economies of even advanced countries.

Greece is a member of the European Union and yet when its economy was under stress, it was not simply bailed out by the union.  It had to conform to the rules and take measures to prevent the nation from extending the joy of Christmas to its old citizens.

Let us, therefore, insist that we are given a State of the Nation Address which is true and relevant.  Let us know what we have to do to improve education, the environment, the economy and social well-being.  We will naturally like free education, but it will be far better to have graduates of JHSs who can read and write English rather than have citizens who have passed through the system without paying any fees but who are distressingly ignorant about the simple issues of life and the economy.