It is now time for business 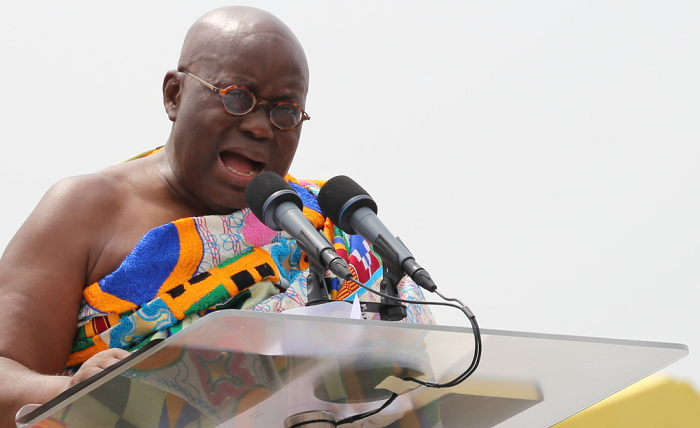 President Akufo-Addo rightly set the tone for 2017 when he suggested that those who wanted to make money should go to the marketplace and work to achieve their ambition of wealth.

Those who enter the field of public service through politics or as careerists should however eschew any kleptomaniac tendencies and work diligently and faithfully to promote the public good.

President Akufo-Addo inherits from both sides of the family the chieftaincy attribute of welcoming subjects and visitors with warmth and charm undisturbed by time.  I am afraid to do his present work faithfully and diligently, he will find little time for customary and family encounters and visiting ceremonies.  His present work requires practically all the hours of his working life.  Kwame Nkrumah worked virtually all day undisturbed by time-consuming encounters with family and relations.  Kutu Acheampong had Dr Donkor-Fordwor and his dedicated team to deal with finance and other matters which required constant attention.  I am afraid President Akufo-Addo will have to farm out family and other matters to some of the many competent members of both families and friends.  A lot of protocol work which devolves on the President such as announcement of death of personalities will have to be assigned to one or two of the many aides in his office.

President Akufo-Addo’s father was a proud old Achimotan who referred to me as ‘my dear young man’ when I was senior Master for Mathematics, a subject dear and close to his heart.  He wanted that ‘young man’ to help ensure that Achimotans kept the social norms and were erudite.  I am sure that President Akufo-Addo, with the splendid education given to him, is very well-read and would have easily spotted quotations from great writers of the past and leading personalities of our time.  That he failed to do so I attribute to the unnecessary harassment of his office.  I believe we should leave to rest the matter of the President’s quotation without acknowledgement.  I believe an apology has been made and that should be the end of the matter.

Raising the matter in Parliament as some have suggested will put up temperatures unnecessarily and turn attention from urgent affairs of state which should engage our minds.  The matter should be left to the President to take appropriate action.  The speech writer or writers should be relieved of their post(s).  I am sure they are more equipped and learned in the arts than I was when I drafted or helped draft speeches for our first President. We cannot afford sloppy Presidential aides.

The President should not be disturbed by unnecessary visitors.  The entrance to his office should not be like a chief’s court where visitors congregate to ‘greet’ the President or have a word with him.  Those who have ideas to share should see the Minister and his officials in the Ministry.  If they must go to the Flagstaff or Jubilee House to feel good they should see one of the many aides.

Senior party officials may want to see the President on important matters now and again.  This should not conflict with the President’s discharge of his official national duties.

In my time, the President dealt with national and foreign issues from 7.30 a.m. to 11.30 a.m.  Important national matters which required immediate action such as the sacking of Ministers were dealt with from 11.30 to 12.45 p.m.  Pressure from the big guns of the party was always a possibility and therefore the decision was taken just before the 1.00 p.m. news and announced.  It was believed that some Ministers did not take their lunch before the 1.00 p.m. news!  They wanted to be assured that they were still Ministers.

Important party matters were discussed in the late afternoon or in the evening.  The time was known and appropriate circulars were sent.  Meetings started on time and notice was given of the subject matter.

So far as visiting ambassadors and High Commissioners are concerned, they should pass through the Foreign Ministry if they want to see the President even to announce that they were bringing millions of dollars to assist development.  We should get rid of the inferiority complex which is consuming our being.  Ghanaian ambassadors, Ministers and even Presidents are not as respected as they were in my time.  We shall continue to be looked down upon if we make ourselves cheap.  Our President should help by keeping to the norms of diplomatic behaviour.

It was unfortunate that a Chinese delegation called on the President  on his  first working day after the inauguration when he had no foreign minister.  How was the meeting arranged and prepared? The Chinese may have money and may promise a lot.  But we should be proud and realistic and know that we can only develop the country by the sweat of our brows as the Chinese have done.  In my own lifetime they did not have the machines and used wheelbarrows when building their roads.  And so let the President as Head of State dedicate all his life to the service of Ghana and let us the people assist him to build the economic and social infrastructure he has promised, to make Ghana free, great and prosperous.