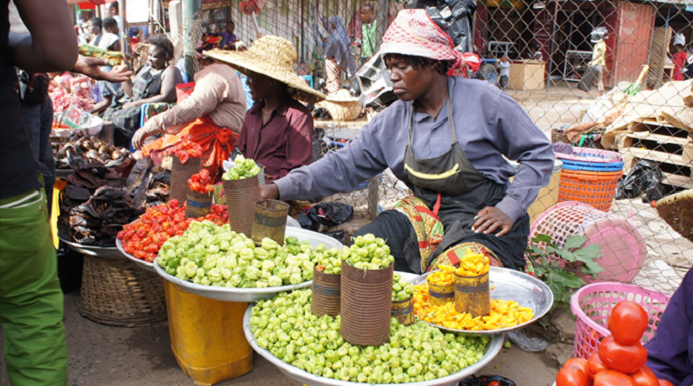 During the Acheampong regime, we promoted growing what we eat and eating what we grew. Of course the little foreign exchange at the disposal of the government made the policy necessary. Follow @Graphicgh

President Akufo-Addo is right to focus on the high cost of food which makes the youth undernourished and the elderly hungry while many farmers remain poor.

He should, however, not be led by the advice of the many experts who will propose only concentration on better farming methods, fertilisers, irrigation, pests, control of post-harvest losses and so on.

We should not also forget methods for greater yields and better storage.  We have known of them for years and have focused on them for decades.

We should, therefore, find out first why we have failed to improve agriculture adequately for years by applying these methods at least in policy initiatives.

I venture to suggest that we have not succeeded because we allowed foreign produce to be imported with our hard-won foreign exchange and thereby make it difficult for our farmers to sell their products.

During the Acheampong regime, we promoted growing what we eat and eating what we grew.  Of course the little foreign exchange at the disposal of the government made the policy necessary. The result was that we grew much of the rice we needed and chicken and eggs became available at prices people could afford. The consumption of local produce encouraged our farmers and backyard production increased. Today, we make it easy for foreign excess production to be imported to undermine local products.  Our poultry industry has collapsed and we conjure up bright ideas to resuscitate it.

I am afraid what we should do is to curb importation of foreign chicken.

Some of our experts will argue against this and go on to suggest that international trade agreements do not allow us to do this. This is nonsense. Those who argue this way have not read the small print in these agreements. Is the agreement going to supply the foreign exchange to pay for what we consume? The truth is that it is normally far easier to import food and make money than it is to make ends meet through farming. Powerful businessmen will therefore oppose any restriction on imports because it enriches them.

President Akufo-Addo will therefore do well to restrict imports of foods which ultimately impoverish us while he vigorously promotes local production of food.  We cannot eradicate poverty by encouraging our palate to prefer perfumed rice and thereby discourage our farmers.

Some experts will argue about the advantage of free trade and liberalisation. The textbooks may extol the virtues of these concepts.  And as we develop our economy, they become important.  When I was in India some 50 years ago, only one type of car was seen on the roads.

Today by a judicious manufacturing policy, India is now a major manufacturer and exporter of motor cars.  Naturally, their economists will now extol the virtues of free trade.

On agriculture, the President should be cautious in any major changes in the institutional organisation of the sector.  The Cocoa Marketing Board has been a major institution which provided money for development and for balancing our budget.  I was one of those who argued against the “over-taxing” of cocoa farms through the Board sometime ago.

For years we did not bother to raise enough taxes to balance our budget.  We simply raised the taxation on cocoa exports.  Instead of encouraging exports, we taxed exports. The electorate was happy because taxes were not raised.

Meanwhile, the Cocoa Marketing Board was saddled with the development of other products, as well as cocoa.  The trouble is that we eye the funds of the Board jealously.  We do not encourage the Board to assist true cocoa development.

As a large institution without precise policy guidelines, it developed some corrupt practices:- Moving it to another ministry will not help.  We should develop a progressive policy for the Board.  And so far as agriculture and food production are concerned, we must think vigorously and act to reduce the cost of food as the President wishes.