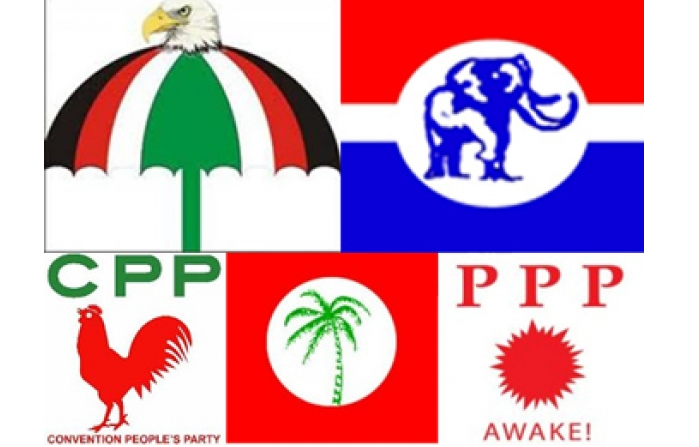 The President-elect should immediately install himself or herself in a corner of Flagstaff House and access to him should be at his request. Follow @Graphicgh

Emotions have sometimes been aroused and both authority and contestants put the wrong foot forward now and again.  The courts have also risen to the occasion and the good sense of the people  has so far prevailed.

It is to be hoped that the results would be accepted, even if reluctantly, by all.  We should live to fight another day.  The main aim of all should be to make Ghanaians happy in Ghana.

The prosperous Ghana we all desire would only be built under purposeful dedicated leadership and the elections are to select such a person.  If previous elections are any guide, by the time the elected President recovers his breath and puts his ideas and ideals into practice he would have  been overwhelmed by trivial demands of party supporters, friends and lackeys.  The President we elect on Wednesday December 7 should therefore begin work on Thursday December 8 before the inauguration.

The President-elect should immediately install himself or herself in a corner of Flagstaff House and access to him should be at his request.  Of course he can make himself available at party headquarters or any party assembly for say two hours to keep supporters happy.  But even party stalwarts should not have unrestricted access.  He should summon those he wants to see.  He and the public should realise that he is now not a mere party leader but the Head of State.

From my observation and experience of the Ghanaian character in action, the President should avoid pressures from interested parties about key appointments.  I would, therefore, strongly advise that ministerial appointments which are key in our present circumstances should be made before dark on May 8.  The President should announce the names of portfolio holders of the following offices on May 8:

He may also consider appointing other key ministers immediately.  The ones indicated above would, I believe, be required to assist in and implement the major decisions he has to take immediately.

The President must be around when the major decisions are considered and taken.  It would, therefore, be most appropriate that he does not leave  Ghana during his first six months in office.  There will be nothing more important to do outside Ghana.  The problems are here in Ghana.  They are resolved here in Ghana.  It is Ghanaian understanding and support which are primarily required.  Understanding and support from outside may be necessary but the President gives precedence to suggestions and proposals from outside and he sets the country on the neo-colonialist path.  Ghana then continues as a beggar-nation with rich material and mental resources and happy to be congratulated on achieving “middle income” status.

The President-elect should also deal with the apparent collapse of the administrative system.  The civil service and public confidence in the administrative and legal system should be shaken up.  Progress in the office should be based on qualifications, competence and loyalty to the system and not primarily to the Minister or even the President.  We cannot eradicate corruption when the system does not deal with those caught to be corrupt because they are party stalwarts or connected with high authority.  Officials should be loyal to the system as they did in colonial times and early independence days.

To succeed, the President should resolve the major administrative issues in the early days of his six months at home.  He should survey how the system worked at independence and how it was reduced to its present ineffective state.  There are a few Ghanaians who know how it worked or who have studied it.  The President should talk to them and not seek advice from outside even when the elaborate consultations and consultants are paid for by donors.

I do not know what prompted the establishment of the Office of Chief of Staff.  But I believe that his main duties should include the effective functioning of the civil and public service and the Cabinet office.  I know that competent officials discharge those functions but the administrative work they do would be strengthened if they work under the umbrella of the office of Chief of Staff who would have useful working relationships with the Public Service Commission and the Cabinet Secretariat.

It is not being suggested that the four ministerial appointments to be made immediately are the most important.  But it is clear that with so many promises by the party and demands by the electorate, finance becomes important unless the government decides to borrow to discharge its huge commitments before thinking of the effect of such action on the economy.  Also the chief law officer should be involved in all government transactions and their legal implications.  Needless to say, the law should assist in avoiding the rampant corruption and insipid mal-administration of the past.

Education consumes a large portion of the budget and yet its results are questioned by very many.  Its structure, content, administration, promotion of national unity and mental orientation therefore require rigorous early examination.  Outside pressures on the President should be minimised if not removed especially in the early days.

A Minister of Foreign Affairs should be appointed early to deal with international and foreign affairs and brief the President on their salient features and aspects.  Access of ambassadors to the government should normally end with the Foreign Minister as is done in all independent civilised countries.

If the President does not get involved immediately with major national issues with internal orientation he would tend to look for outside advice and assistance (as we tend to do).  In three years’ time when elections are due government will then suggest and promote projects and issues which will please the popular mind rather than assist economic growth.  Meanwhile the major problems would remain unresolved and the confidence of the President would sag. But self-confidence is of the essence and Ghana can only be built by Ghanaians.

Let us keep our President in Ghana for six months so that he may organise himself and work for the great things he promised during the elections.