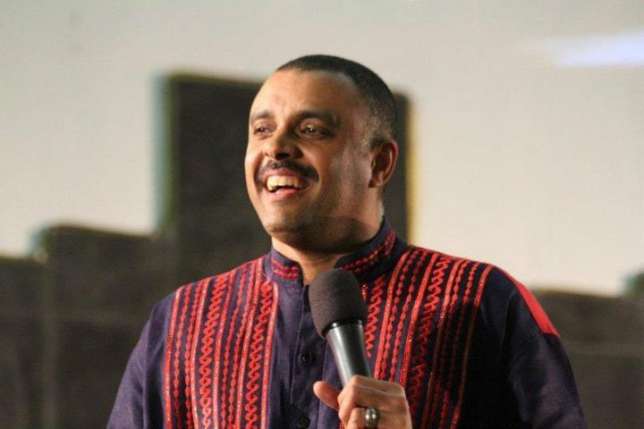 It is obvious that there are many obstacles on the way to becoming a good leader. There are many reasons why there not so many outstanding leaders.

In fact, many people do not even want to become leaders! The Bible says, …thou shalt be a good minister of Jesus Christ…1 Timothy 4:6.

If you are going to be effective in the ministry, you must study leadership. I have read countless books on leadership.

I have studied this all-important subject. I want to be a good leader. You have to study and discover the many things there are to learn. You also have to overcome certain barriers.

• Overcome accusations that stop you from becoming a leader

Leaders are often accused of having bad motives. The nature of good leadership is that it charts out a course and maintains the direction.

And whosoever doth not bear his cross, and come after me, cannot be my disciple, Luke 14:27.

Many years ago, I told a brother that I did not want to be a leader. I told him that I was a quiet person and that I enjoyed my privacy.

I told him that I did not want to preach or to lead. But God had another plan for me. Becoming a leader will cost you your valued life.

I have very little private life left. Most people know a lot of things about me. I am discussed in people’s homes and cars. Like all leaders, I am praised by some and criticised by others. This is the lot of a leader!

This is why some people shun leadership. But Jesus said that you should take up the cross and follow him.

• Overcome the fear of disgrace

There are many leaders who have ended up in disgrace after taking up the mantle of leadership. Others have experienced terrible hurts and had bitter experiences. Some have been crucified by the people they led.

Some leaders have been rewarded with evil after many years of service. Some churches throw out their pastors after they have led them for many years.

Some pastors are ridiculed and humiliated by members they have ministered to for years and at great expense. Some pastors have been rejected over issues such as cars and houses. How sad! We all know how Jesus was crucified after three and a half years of ministry. That was his reward for being a shining light to His people!

The challenges and accusations are very similar to secular leadership. But it is worth it! When I think of the rewards that await those who faithfully do the will of God, I become encouraged.

Looking unto Jesus, the author and finisher of our faith; who for the joy that was set before him endured the cross, despising the shame, and sat down at the right hand of the throne of God,

Some people think they are not morally up to the standard of leadership. Others think that they have no leadership qualities.

Yet others feel that they have too many personal problems to become leaders. They cannot imagine being saddled with other people’s problems.

I have good news for you today! God does not work with perfect people. He works with willing people.

He looks at the heart and understands our human weakness. If Jesus had looked for perfection, none of the disciples would have qualified for leadership positions in the church.

Take Peter for example; he betrayed the Lord Jesus three times just a few weeks before he was ordained. He swore and cursed as though he had received no training.

Yet, the Lord used him. Take the other disciples, who argued over their positions in Heaven. “Who would be the greatest?” they asked.

And there was also a strife among them, which of them should be accounted the greatest, Luke 22:24.

After arguing over who would be the greatest, they all deserted Christ when he needed them most. Would you trust such people? Would you use such people? Yet the Lord did! You do not have to be perfect to become a leader.

God expects the highest standards of character and morality and yet, he works with imperfect people.

If Christ had decided to stay in the comfort of Heaven, where would you be today? He rose out of the grave and you cannot even get out of bed?

Thank God for missionaries who travel away from their homes into foreign cultures just because they want to help somebody. You can also decide become one of the good leaders in the world today!

The writer is the founder of the Lighthouse Group of churches
E-mail: This email address is being protected from spambots. You need JavaScript enabled to view it.