Spousal abuse: Sending victims back to abusive homes is hell 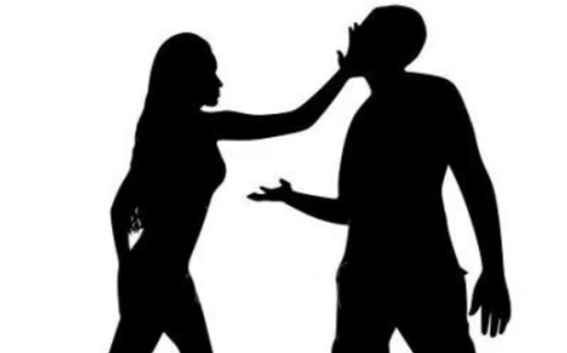 Spousal abuse continues to be one of the latent forms of abuse against women which goes unreported for obvious reasons. Privacy of the family, the halting of economic support, embarrassment to the abuser, especially if influential, societal blame on the victim, divorce, religious beliefs etc., are some reasons preventing victims of abusive relationships from getting help and breaking free.

In my pursuit for answers, I spoke to Chief Superintendent Alice AwariKaro of the Domestic Violence and Victim Support Unit (DOVVSU), Accra, who vehemently disagrees with beliefs that spousal abuse should be considered as normal and that victims must ensure their marriages work.

“Forcing victims back into abusive homes is not the way forward. It is like sending them to hell,” she stressed.

Though worrying, some reasons why victims fail to report their spouses are tenable. For example, a woman who has no income would endure an abusive relationship for the upkeep of the children, at least.

Unfortunately, some do not even survive the abuse and lose their lives.

In the early part of 2021, relationship abuse made topical headlines in the news media. A Ghanaian businessman at East Legon, Prince Charles Dedzo, was accused of allegedly abusing his wife and killing her.

Not quite long ago, one Philip Caesar Kumah was alleged to have beaten his girlfriend to death at Akatsi in the Volta Region.

Within the same period, there was another report of one Ebenezer Korang, who allegedly beat his girlfriend to death at Tafo Pankrono in the Ashanti Region.

In November, 2021 a lady was allegedly murdered by her boyfriend and abandoned in a refrigerator at Fiave, Ho. The list could go on.

She further explained that individuals who grew up in violent environments and witnessed abusive parents tend to see it as normal and pick such behaviours which they transfer to their spouses subconsciously.

Alcoholism also triggers spousal abuse as some victims report that their partners abuse them when drunk.

Some spouses also abuse their partners just to intimidate and cower them into submission. Again, job loss and its attendant stress also contribute to spousal abuse as some partners find it difficult to cope with joblessness.

As such, they channel their frustration through physically abusing their partners and regretting later.

No blame is attributed to victims at the counter when they come to lodge complaints. If a report includes physical assaults on victims, a medical form is given to them for medical assessment.

In case a witness is involved, witness statements are obtained.

Police proceed to invite suspects for questioning and if there is a refusal, a signal is sent to the nearest police station to effect an arrest for further continuation of the report.

Are men abused too?

Asked whether men also get abused, Chief Superintendent Alice AwariKaro replied in the affirmative, saying the reports received by the police were marginal and were mostly emotional and verbal in nature.

Though some get physically abused, they are hesitant in reporting for fear of being disbelieved, or because of the embarrassment of saying that a woman beat them.

The police face a number of challenges in handling spousal abuse cases. Some of these challenges are administrative, while others come from complainants and members of society.

• On the side of the complainant, some victims do not want their abusive spouses to be arrested and prosecuted for fear of losing their livelihood. Even though they report abuses, they lose interest and withdraw the case or fail to support prosecution, leaving the police in limbo and obvious option to discontinue the case.

• Also, the state does not cover police medical form endorsement after victims are examined. In this case, victims are responsible for the full payment of such bills of not less than GH¢150.00, which some are unable to afford and consequently discontinue the case.

• The police also face interference from family members, political, religious leaders and even some police officers when handling cases of spousal abuse. Interferences come in the form of pleading for cases to be settled at home by family members.

• Administratively, the police lack the necessary logistics to work with and to successfully prosecute abuse cases. For instance, the service lacks vehicles to convey suspects in and out of court, or for arrest.

In most of these challenges investigators are burdened to foot some of the bills if the means are unavailable.

Collectively, let’s help victims or survivors of spousal abuse. Forcing victims back into hostile matrimonial homes is not the way to go.

The writer is the Police Spokesperson/Volta Region
E-mail: This email address is being protected from spambots. You need JavaScript enabled to view it.