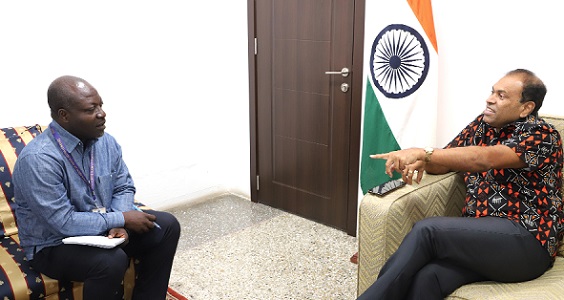 Today, India is 75 years old since attaining independence from British colonial rule in 1947. This has been a tremendous journey for the country to evolve as a modern and a major economy of the world from an impoverished stage in which the British colonial masters had left it.

Naturally, after reaching this milestone during it’s journey, it is time to celebrate and reflect on what has been achieved in the last seven and half decades. It is also a time to look to the future, to another major milestone which will be achieved when the Indian independence ages to 100, and to plan and strategise further growth and development.

The preceding 75 years has been an invaluable experience for India not only in terms of growth but also with others globally.

From a net importer of food grains, India has become the food bowl supplying food commodities to the world.

Last year, despite the challenges of the pandemic, India emerged as the largest exporter of food commodities in the world exporting more than $50bn worth of food items.

From being a country which was isolated, India has cemented its global engagement formally. From being an under-developed country with no industrial base, India attracted the largest foreign direct investment close to US$85bn last year.

Last year, India exported more than US$420bn of goods to the world. India’s services exports during the year were US$250bn despite many sectors being severely hit by the pandemic.

Not only economic stability and growth have been achieved but there is political stability and democratic maturity. Today, India is not only the largest democracy but the most functional democracy in the world.

India is emerging as one of the top players in the renewable energy development globally, thus becoming a significant stakeholder in the global energy transition agenda.

The target set in 2015 Paris Agreement for putting in place 175 GW of renewable energy from solar and wind by 2030 has already been achieved this year allowing the country to work for a new ambitious target of 450 GW for 2030.

With such success in the renewable energy transition, India has laid down an ambitious objective—to be carbon zero in next 50 years that is by 2070.

In addition to becoming the manufacturing hub of the world, India is fast emerging as the knowledge hub of the world. With its focus on technology, the economy is completely transformed from an unorganised one to a professional one with global standards.

Technology is bringing the large country together, especially in economic development. Digital transactions in India are now highest in the world, 40 per cent of all transactions, with expectation to catapult the annual digital payments in the country to cross 10 trillion by 2026.

Within five years, India has developed itself as the third largest start-up system in the world with close to 75,000 registered start-ups till date.

It is the fastest-growing unicorn (start-up worth of US$1 bn) producing country in the world and has hit the century of unicorns within five years.

Indian start-ups are diversifying its applications with the development of futuristic technologies in fin-tech, rural-tech, med-tech, agro-tech, etc. for the comprehensive needs of growth and development of the country.

Not only is the growth high, but more importantly, it is inclusive. It has reduced the poverty levels by more than four times since independence.

Almost all regions and nooks and crannies of the country are reaping the fruits of growth, achieving balanced development for the country as a whole.

All sections of the society, especially the vulnerable ones, are benefiting from the high growth and development. The farmers, labourers, street vendors, small businesses have been at the forefront of the economic support policies in the country.

Women are increasingly playing a significant role in the development process by making it the women-led development. Thus, the spirit of inclusion, ensured to be the touchstone of all public policies in India, is making the growth and development in the country sustainable.

Globally, India is seen as the major power to play a greater role in discussions on all global issues, including disarmament, world trade, climate change, counter-terrorism, energy security, food security, holistic health and global peace. Indian businesses and professionals are contributing significantly towards the economic development of countries around the world.

What does the achievements of [email protected] mean for a friend and a partner such as Ghana. India’s growth and achievements are not in isolation but due to its close engagement with the world.

This is in the spirit of the age old philosophy of Indian civilisation of “Vasudhaiv Kutumbakam” meaning considering the whole world as one family.

With an old and a close friend such as Ghana, India’s journey of independence and development started almost together. We were the brothers in arms fighting against colonial oppression.

After gaining independence, we contributed to each other’s nation building process. India committed its resources and skills to build developmental institutions in Ghana in the formative years. Close political affinities, be it in the non-aligned groupings or bilaterally, resulted in bringing businesses and the people of India and Ghana together in subsequent years.

India has been one of the largest trade and investment partners of Ghana. Despite the challenges of the pandemic, the trade between the countries increased by 15 per cent to US$2.7 bn and, most strikingly, Indian business rose to the occasion when the global supply chains were disrupted during the pandemic to cater to the market needs in the country supplying its products and technologies by increasing its exports to Ghana by more than 30 per cent from US$850mn to US$1.1bn.

‘During the COVID-19 pandemic, India supported countries in the world, including Ghana, with pharmaceutical products and vaccines manufactured in India.’

This assistance has covered the full spectrum of the developmental efforts in Ghana, including agriculture & rural development, irrigation, renewable energy, ICT, water supplies and transportation connectivity.

It has been the underlying spirit of India’s friendship and partnership with Ghana since its inception that whatever India has achieved is shared with its brother country to build its capacities to use the rich resources it has for its growth and development.

When today India turns 75, this spirit of being the trustworthy and dependable friend and partner of Ghana will deepen and strengthen the bond of love and friendship between the people of the two countries further.

The writer is a High Commissioner of India.