Dan Botwe, man who should be President 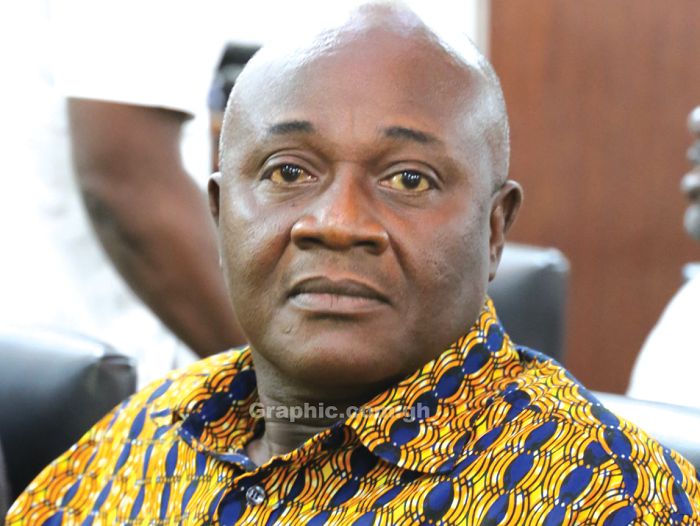 This article is not a PR piece for Dan Kweku Botwe. I have never met him face to face, never spoken to him.

A powerful debater, he seldom loses an argument because he respects facts, and he presents them irrefutably.

He has a little problem, however: he doesn’t suffer fools and he makes little effort to hide it, so the language he employs to express disapproval, correction or rebuke comes out often as a put-down.

If Ghana is looking for resoluteness, efficiency and dependability in a President, however, Dan Kweku Botwe is my President.

What is this article about? Once a while I pick out a personality who (as the Fantes say) sweets my heart and I shine the light on them.

These personalities of mine are not sinless (i.e. their private sins). Of course, I care about their public sins, which make the poor poorer by condemning large swathes of the population to life in perpetual penury.

When J.A. Kufuor found oil in Ghana in 2007, every Ghanaian, without exception, thought we, finally, were about to see the end of our problems.

We gave ourselves five-to-ten years. Fifteen years have passed and we are still looking to E-Levy and bauxite deposits for salvation.

O, yes, there have been infrastructural projects by various governments, but every project has come at a cost many times higher than what it should have been. Why?

Because, for every project, someone or (girl) friends and relatives of someone at the then Castle, now Jubilee House, must build a house for themselves. We lose US$3 billion every year to corruption.

Let's flip this script about the famous-and-crooked in the land and examine the abilities of one man, who has stolen my heart.

From the day he stepped into government, Dan Kweku Botwe has answered to (almost) all the traits of leadership, namely intelligence, trustworthiness, humaneness, courage, and discipline.

A Chinese military strategist and philosopher proposes that “when one has all five virtues together, each appropriate to its function, then one can be a leader.”

Dan Kweku Botwe is a leader. Throughout his political career, and in his time in government, he has proved to be one of those persons to whom you can entrust any task and go to sleep assured that it will not only be done but done well, and noiselessly.

I will put my bottom cedi on the only man who, in government, performed so exceptionally that today, a latter day political aspirant says, “I want to be the next Dan Botwe”.

Someone wrote on social media declaring Dan Botwe as “a reference in public discourse of Ghana.”

Within the party, it is said that “nobody is like him”. The above is in reference to his instrumentality, as then Director of Operations, in the election of John Agyekum Kufuor as President of Ghana in 2000.

The current President, Nana Addo Dankwa Akufo-Addo, has described him as "a heavy hitter, a political weight".

Talk of track record. Dan, as General Secretary, implemented the concept of election of polling station executives, a novelty in the political party structure in Ghana.

In government, “the General” served as the Minister of Information in the Kufuor administration. In 2007, however, he was reshuffled.

Folks say he paid for his biggest political mistake in deciding to contest the 2007 NPP flag bearer primaries.

When, in January 2017, President Akufo-Addo named Dan Botwe as the Minister for Regional Reorganisation and Development, it was, for some of us, only a confirmation of what the Akans say, that one does not tie a potentially troublesome goat to just any tree: sturdier trees are needed for the unsurmountable.

And did he perform!

He is not Local Government Minister.

The significance of the occasion was not in the fact of the honour; it was in the words of Reverend Professor J.O.Y. Mante, the Moderator.

Hear him: “In the tradition of the Presbyterian Church…, naming a facility after an individual is strictly scrutinised to ensure that such an individual was an inspiration and shining example for generations unborn. Therefore, you can build more than 10 facilities for the church but if you are not considered as an example for emulation, you will not be named after any facility”

There goes Dan Botwe, the man who works without trumpets. I wonder why he has not thrown his hat into the ring for NPP flag bearer. I hope he does.